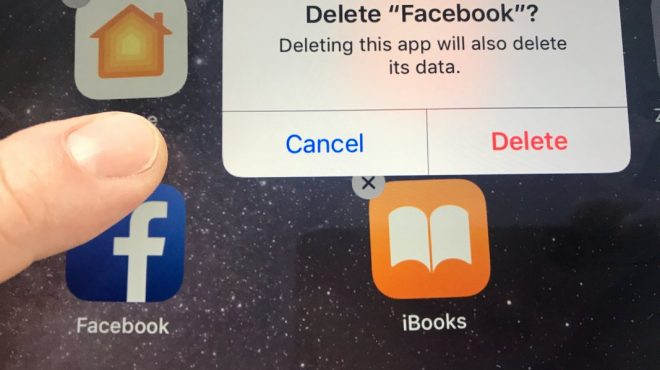 Despite all the scandals of the past year, here we are, still on Facebook, a couple of billion of us spending about an hour a day in its iron grip. Now a new study suggests it’s making us feel bad.

That’s in part because we may be addicted. Want to feel better? Delete Facebook. As some experts have said, the system of rewards set up by Facebook and other social media platforms is akin to gambling or substance abuse cravings. Sean Parker, an early Facebook executive, explained that the thought process behind driving user engagement is akin to delivering “a little dopamine hit”.

As with any habitual behavior, you might reasonably expect that abstaining would lead to an improved mood and an overall sense of wellbeing. A new study goes a long way toward suggesting the benefits of cutting Facebook out of our lives altogether.

The study, titled The Welfare Effects of Social Media, from researchers at Stanford and NYU, is being praised as one of the most rigorous to look at what happens to people when they log off. Logging off seems to be as positive as you probably expect it would be, leading to increased subjective wellbeing, less political drama and attention span agitation, and increased time spent with friends and family. On the other hand, it also led to a decrease in awareness of the news. Although, to be honest, that sounds pretty nice too.

To track social media’s effects, the researchers recruited 2,844 Facebook users, then randomly assigned half of them the task of temporarily deactivating their accounts for a month. To ensure compliance, subjects were paid for their efforts, and their accounts were monitored to make sure they weren’t scrolling their timeline on the sly. The authors checked in with them regularly via text to see how they were feeling during the cleanse.

“Deactivation caused small but significant improvements in wellbeing, and in particular on self-reported happiness, life satisfaction, depression, and anxiety,” they concluded. “Effects on subjective wellbeing as measured by responses to brief daily text messages are positive but not significant.”

Furthermore, some of the users who went without Facebook were able to maintain their abstinence after the study concluded.

The study acknowledges there are, clearly, benefits to Facebook and social media at large. Facebook is still, for all its faults, an important means for people to stay connected to friends and family and as a source of information, community, and entertainment, particularly for those who are otherwise socially isolated.

But, they conclude: “Our results also make clear that the downsides are real.

“We find that four weeks without Facebook improves subjective wellbeing and substantially reduces post-experiment demand, suggesting that forces such as addiction and projection bias may cause people to use Facebook more than they otherwise would.”