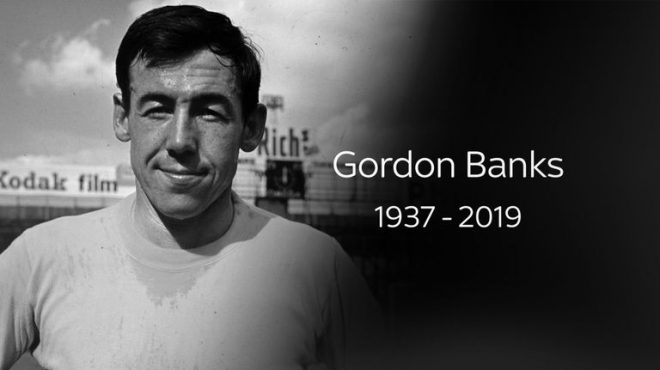 Regarded as one of the game’s greatest in his position, Banks was named Fifa goalkeeper of the year six times and earned 73 caps for England.

He is perhaps best known for his wonder save from Pele during the 1970 World Cup against Brazil.Born in Sheffield, he won the League Cup with Stoke and Leicester, before retiring in 1973.

“It is with great sadness that we announce that Gordon passed away peacefully overnight,” his family said.

“We are devastated to lose him but we have so many happy memories and could not have been more proud of him.”