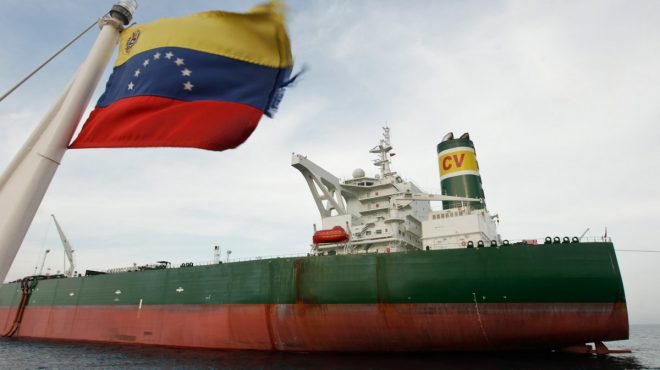 India to continue buying Venezuelan oil despite US warning.

India will look into commercial considerations and related factors to determine the value of oil imports from any country, an Indian official said, after a top US official warned countries against buying oil from Venezuela.

In a tweet with a Bloomberg article on Venezuelan-Indian oil relations attached, Bolton wrote: “Nations and firms that support Maduro’s theft of Venezuelan resources will not be forgotten. The United States will continue to use all of its powers to preserve the Venezuelan people’s assets and we encourage all nations to work together to do the same.”

Raveesh Kumar, the spokesman of India’s Ministry of External Affairs, said at a press briefing on Thursday, as carried by news agency:

“Venezuela is the chair of OPEC and GECF. We don’t have any barter system with Venezuela; commercial considerations and related factors will determine the value of trade which we have with any country.”

At the start of the Venezuelan political crisis last month, Indian media reported that the Asian country continues to be one of the main buyers of Venezuelan crude oil. Indian refiners are still buying more than 400,000 bpd of oil from the troubled Latin American country, which is sitting on the world’s largest crude oil resources.

While the US and many European nations have recognized opposition leader Juan Guaidó as the interim president of Venezuela, India has only limited itself to issuing a statement that “We are of the view that it is for the people of Venezuela to find a political solution to resolve their differences through constructive dialogue and discussion without resorting to violence.”

“We believe democracy, peace, and security in Venezuela are of paramount importance for the progress and prosperity of the people of Venezuela. India and Venezuela enjoy close and cordial relations,” is the official position of India, which the spokesman of India’s Ministry of External Affairs, Kumar, repeated at the briefing today.