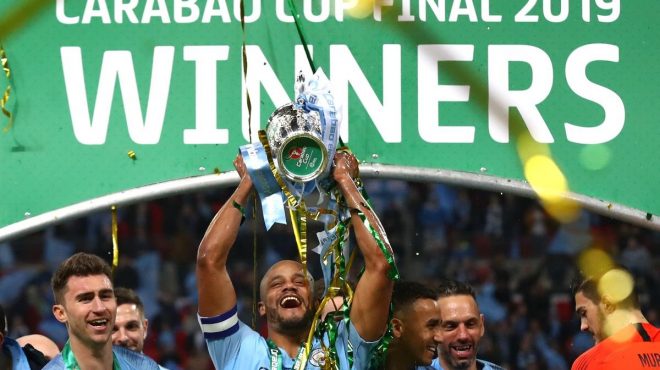 City claimed the first major trophy as they chase a historic quadruple but this stale final, which was goalless after extra time, will be remembered for an almost unprecedented challenge to Sarri’s authority by Kepa.

The £71m Spanish keeper, Chelsea’s club record signing, had been struggling with cramp in the closing stages of extra time and Sarri decided to send on substitute Willy Caballero, who saved three penalties in a shootout to help Manchester City win this trophy against Liverpool in 2016.

Kepa refused to come off and Sarri backed down in a rage – before City won the shootout, with Raheem Sterling scoring the decisive penalty.

Ilkay Gundogan, Sergio Aguero and Bernardo Silva scored from the spot for City and even though Kepa saved from Leroy Sane it was to no avail.

Jorginho’s spot-kick was saved by Ederson and David Luiz hit the post as Chelsea were sunk, despite Cesar Azplicueta, Emerson and Eden Hazard converting their penalties.

City retained the trophy but Kepa’s insubordination is the headline story.

The scenes inside Chelsea’s dressing room hardly bear thinking about after the chaos of those closing moments at Wembley.

Kepa’s point-blank refusal to be replaced by Caballero led to furious exchanges between Sarri and his technical staff, with the Italian manager looking at one stage as if he would storm away and leave his Chelsea players to it for the conclusion. 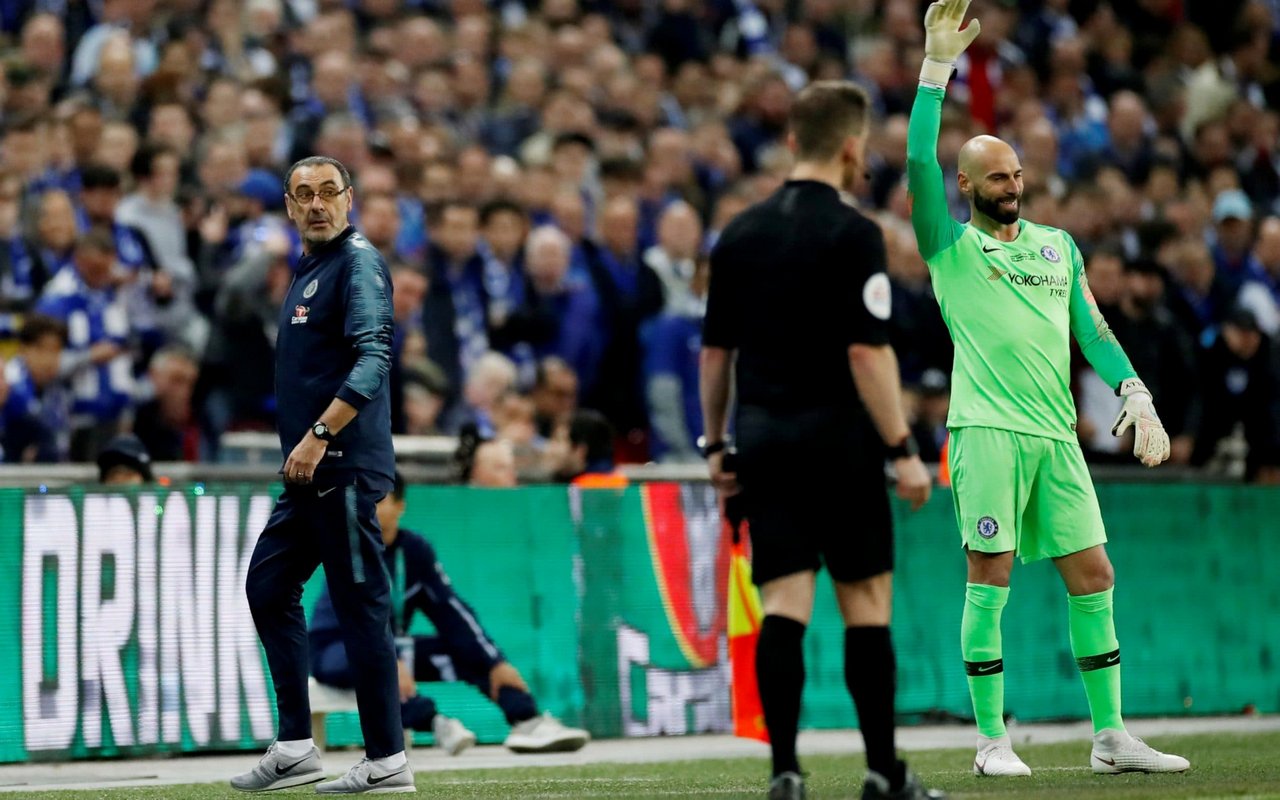 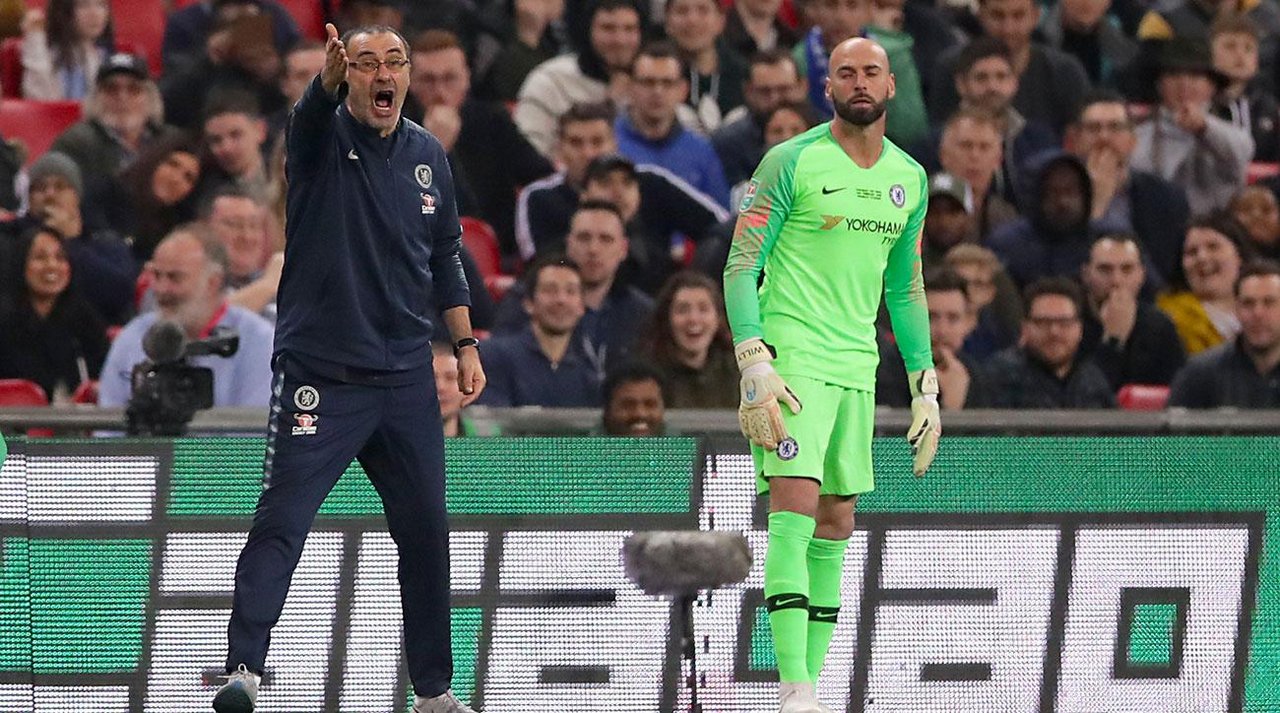 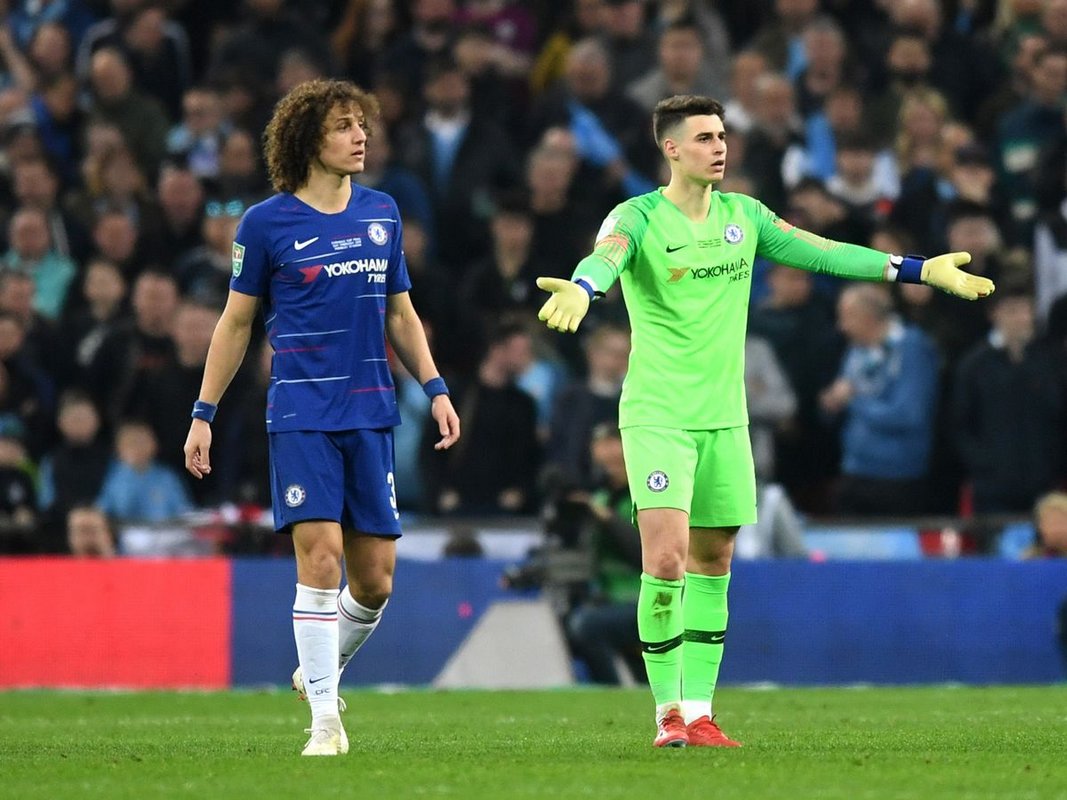 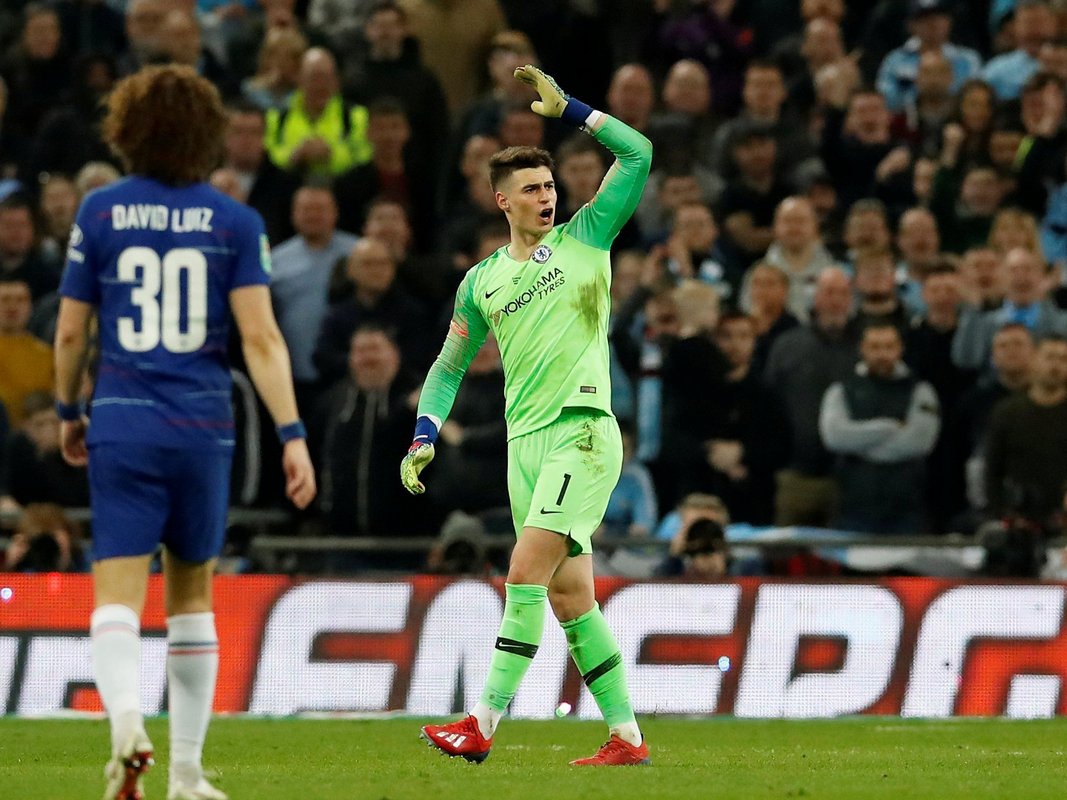 He eventually returned but blazing with fury. Antonio Rudiger then restrained Sarri as he appeared set on confronting Kepa after his one-man rebellion.

Of course, the goalkeeper was seriously at fault, showing his manager a complete lack of respect in ignoring his demands.

What, however, does this say about Sarri’s authority and rule at Stamford Bridge that he backed down instead of demanding the goalkeeper obey his demands?

The sad aspect was that this was a tactically sound and spirited Chelsea display, in sharp contrast to the 6-0 mauling at Manchester City on 10 February.

Chelsea grew into the game and consider themselves unfortunate to lose in this manner – but the ramifications of those closing moments will reverberate around Stamford Bridge and could have very serious consequences for both Sarri and his goalkeeper.

City claimed the first of the four trophies on their agenda without being at their silky, creative best.

Pep Guardiola’s side was stifled by Sarri’s astute game plan but stuck at it and did the job on penalties, the only way they could break Chelsea’s resistance.

The win may come at a price, with Fernandinho injured, but the top sides can find a way to prevail when not at their peak and this was City delivering a prime example.

Bernardo Silva kept City ticking over throughout and while a City quadruple is still a distant prospect, they have hit their first target.

This was a final that will always be recalled for what happened in the other camp but City was not concerned about that as they celebrated wildly on the Wembley turf.