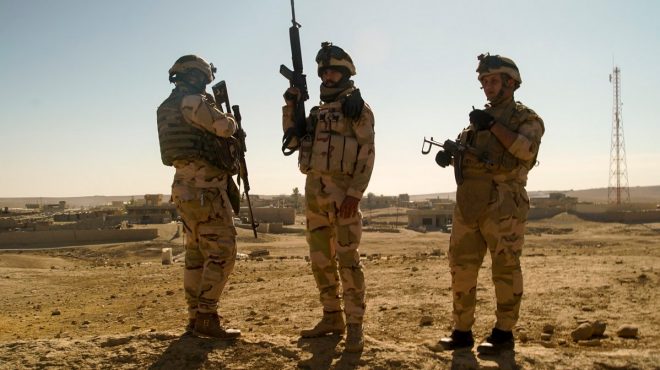 Eight ISIS members were killed and captured as they were attempting infiltration from the Syria into Iraq, news reports said on Monday.

In remarks, a security source was quoted as saying that Iraqi troops managed to kill three militants in al-Jazirah area, southwest of Mosul, while five others were arrested.

The ISIS detainees, according to the source, were taken to the Nineveh Operations headquarters for investigations.

In late 2017, Iraqi declared defeating the militant group, however, dormant cells still carry out sporadic attacks. The group is losing its last territories in Syria as the US-backed Syrian Democratic Forces (SDF) launched their last operation against ISIS in Deir ez-Zor province, east of Syria.