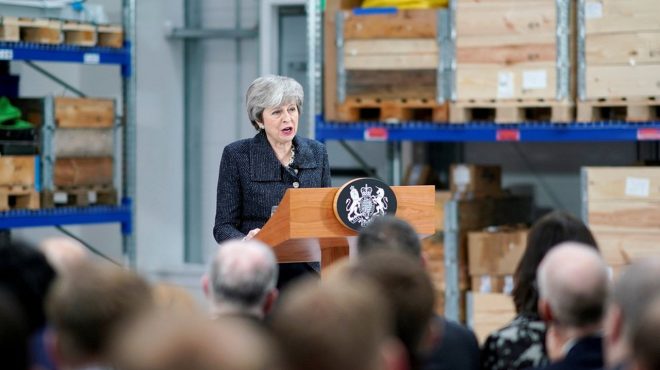 Prime Minister Theresa May has ostensibly delivered an ultimatum to euroskeptic MPs, claiming that if they reject her Brexit deal on Tuesday, then they run the risk of the UK never leaving the European Union.

May issued the warning in a key Brexit speech in the ‘Leave-voting’ east coast English town of Grimsby, with just days to go before UK politicians vote on her deal for a second time, which was comprehensively rejected by a margin of 230 in January.

The prime minister insisted that it was time for MPs to act responsibly and abide by voters’ wishes, otherwise it could lead to a “moment of crisis,” in which there would be no guarantees of Brexit ever being delivered.

May argued that stopping Brexit could severely “damage” people’s faith in democracy. She also lashed out at Labour leader Jeremy Corbyn, claiming he has frustrated the Brexit process and failed to make meaningful compromises to get a deal which is acceptable to UK MPs.

The uncertainty surrounding Brexit has led to May being attacked from both sides of the debate.