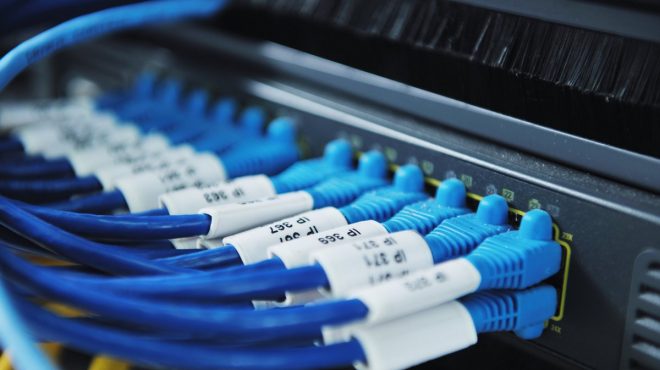 Tim Berners-Lee has a warning about the future of the Internet.

Tim Berners-Lee helped invent the world wide web 30 years ago. And he has consistently pointed out that the original dream that gave rise to it is under threat.

It is exactly 30 years since Sir Tim submitted a paper to his colleagues at CERN, suggesting a way of sharing data across networks, under the title “Information Management: A Proposal”. The humble title belies the importance of what was contained inside, which included a complete sketch for the networked information system that would on to become the internet we know today.

That would take some time, however. It would take a year-and-a-half for the name “WorldWideWeb” to be proposed, and it would take many months before the public could actually access a public version of the web; even then, it didn’t look anything like the rudimentary graphical pages we associate with the early internet, let alone the huge and complex system you and your computer have navigated to get to this article.

That modern web has brought with it a series of technologies that would have seemed impossible and unimaginable at the time the web was first being proposed: instant streaming of just about any film you would like to watch and internet connections inside of fridges. But it has also brought with it threats, some of which could undermine the very fabric of the web itself.

In 2017, when the web turned 28, Sir Tim laid out what he saw as the three challenges that threatened it. All of them are at least as pressing then as they were two years ago, and some were eerily prescient about the ways the web would develop.

The first warning was that “we’ve lost control of our personal data”. He noted that many websites run on a business model that lets users have free content in exchange for their personal data, which allows them to harvest vast amounts of personal information, which in turn can make the internet a dangerous place to retain any kind of privacy or to discuss important but sensitive topics.

Since Sir Tim wrote that message, the world was rocked by the Cambridge Analytica scandal and a whole host of other revelations about the amount of data being collected on private people and how it is being used.

The second challenge he noted was that it is “too easy for misinformation to spread on the web”. Noting that “most people find news and information on the web through just a handful of social media sites and search engines”, he described how websites spreading hoaxes, and false stories can do so relatively easily, and that the system can be gamed to spread that even more quickly.

Third, he said that online political advertising “needs transparency and understanding”. Such advertising has become incredibly sophisticated, he noted, and when combined with the vast amount of data companies like Facebook are tracking can make it very easy to manipulate those people who see it.

The scandal over political advertising in events such as the 2016 election and the Brexit vote is still continuing, and campaigners still criticize the relatively limited transparency that has been introduced on platforms that claim to be looking to limit it.

A year later, in 2018, he shared another set of challenges, which largely related to the fact that the world has crossed over the point where more people use the web that don’t. That brings a whole host of questions of access and openness, he suggested.

The threats that are posed to the web still very much exist, he noted. “But I remain committed to making sure the web is a free, open, creative space — for everyone,” he wrote last year.

By closing the digital divide and helping people get online, stopping the control of the web lying with a small number of very big companies, and by making the discussion around the future of the web more diverse, he claimed those threats could be avoided.

Sir Tim has been consistent in arguing that the web is really a communal endeavor – and calling on that community to help save it from the threats it is facing.

“I may have invented the web, but all of you have helped to create what it is today,” he wrote in 2017. “All the blogs, posts, tweets, photos, videos, applications, web pages and more represent the contributions of millions of you around the world building our online community.”

That was a vision that was present in the original proposals for the world wide web, begun 30 years ago today. There, Sir Tim described a vision of CERN staff on the web as “several thousand people, many of them very creative, all working toward common goals”.