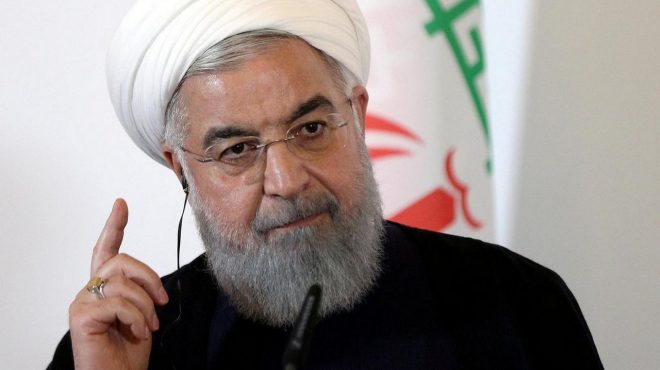 Iranian President Hassan Rouhani said on Monday that the government would file a legal case in Iran against U.S. officials who imposed sanctions on the country as a precursor to action in international courts.

Rouhani said in a speech broadcast live on state television that U.S. sanctions had created difficulties including a weaker rial currency that has fed into higher inflation.

The United States reimposed sanctions on Tehran after U.S. President Donald Trump chose last May to abandon Iran’s 2015 nuclear accord, negotiated with five other world powers.

Rouhani said he had ordered the ministries of foreign affairs and justice “to file a legal case in Iranian courts against those in America who designed and imposed sanctions on Iran”. “These sanctions are crime against humanity,” he added.