The additional allegations were reported by The Washington Post on Thursday, bringing the total number of women who have brought forward complaints about Biden since last week to seven.

After shaking hands, “he put his hand on the back of my head and pressed his forehead to my forehead while he talked to me. I was so shocked that it was hard to focus on what he was saying. I remember he told me I was a ‘pretty girl,’” Kohnert-Yount told the newspaper.

Another accuser, Sofie Karasek, told the Post that she told Biden a story about a college student who was the victim of a sexual assault during the Oscars in 2016. Karasek said that after she told Biden that the student had committed suicide after the assault, Biden took her hands and placed his forehead against hers.

She said the physical encounter had made her feel uncomfortable and she did not know how to react.

A third woman on Wednesday told the Post that Biden held her close “for a beat too long” during a 2008 event when she was introduced to the former vice president.

Ally Coll said Biden leaned in, squeezed her shoulders and complimented her smile, according to the Post.

Biden released a video on Wednesday, promising to be more “mindful and respectful” of women and said his touching was all about making a “human connection.”

“It’s just who I am,” Biden says in the video posted on Twitter. “I’ve never thought of politics as cold or antiseptic.”

But he says he understands the culture in the US has shifted and so should his behavior. “I get it. I get it. I hear what they’re saying. I understand,” Biden says. “I’ll be much more mindful.”

The string of accusations began after Lucy Flores, a former member of the Nevada state Legislature, accused Biden of “demeaning and disrespectful” behavior when he allegedly kissed the back of her head.

Biden has defended his interactions with women, saying he doesn’t believe he’s ever acted inappropriately as he scrambles to contain a quickly growing crisis for his planned election campaign.

The accusations have prompted some Democrats to question whether the 76-year-old is too out of step with his own party to run a successful 2020 presidential campaign.

Biden has a reputation for awkwardly touching the wives, mothers or daughters of senators during swearing-in ceremonies, and he came under criticism for massaging the shoulders of the defense secretary Ash Carter’s wife in 2015. 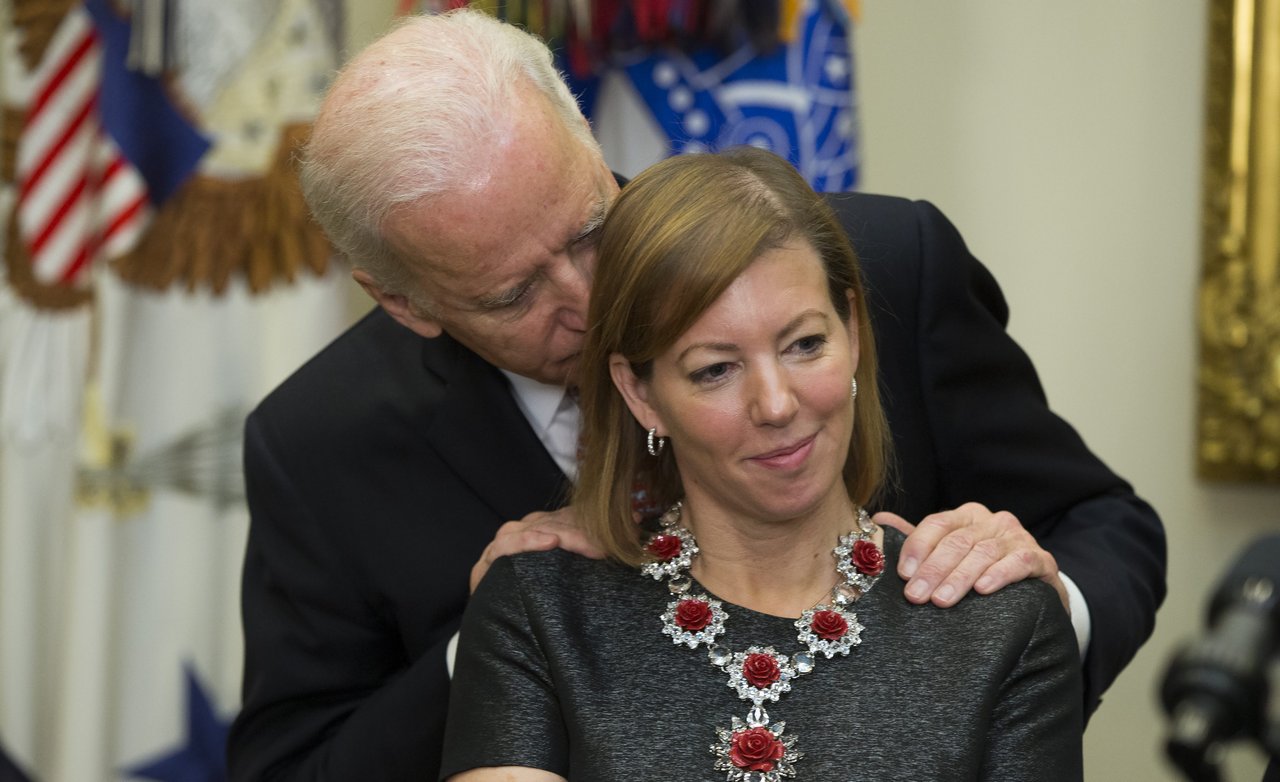