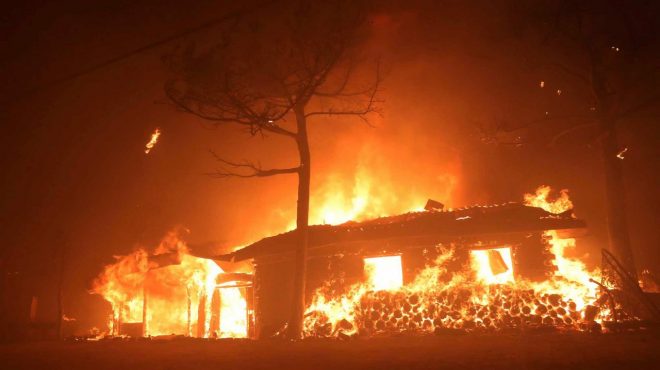 An extraordinary fire engulfed the mountainous region along the northeastern coasts of South Korea, killing one person and injuring dozens of others.

The inferno started at about 19:17, Thursday (1017 GMT), caused by a spark falling down from a telephone pole onto a roadside in Goseong, a northeastern border town some 160 km east of the capital Seoul, local TV footage showed.

Fanned by strong gusts of wind, the flame rapidly spread to the nearby mountainous regions, encroaching on the Inje county and the cities of Sokcho, Donghae, and Gangneung in Gangwon province.

As the blaze rapidly closed in on to residential areas, as many as 4,000 people were ordered to evacuate overnight. The number was down later to 2,200 as about half of them came back home.

Firefighters had difficulty putting out the fire because of the strong wind and the darkness and it made it impossible for firefighting helicopters to scramble in the mountainous region.

Adding to the difficulty was that Chung Eui-yong, top national security adviser for South Korean President Moon Jae-in was stuck in the National Assembly to answer questions from opposition lawmakers during a steering committee session.

During the session, the ruling Democratic Party asked the main opposition Liberty Korea Party to let Chung, chief of the presidential office control tower tackling national disasters, go back to the Blue House to deal with the blaze, but the opposition party rejected it. In the end, Chung left the parliament three hours later after the fire broke out.

President Moon chaired an emergency meeting of the national crisis management center overnight, instructing the relevant ministries and agencies to use all available resources to extinguish the fire and rescue people.

To tackle what the government called an “unprecedented” fire, hundreds of fire trucks gathered in the affected areas from across the country overnight, along with thousands of firefighters, soldiers, and policemen.

At daybreak, more than 50 helicopters were dispatched to put out the fire. The main blazes in Goseong and Sokcho were extinguished early in the morning.

More than 70 percent of the flames in three other areas were reportedly removed Friday afternoon. Over 17,000 personnel were sent for the firefighting and rescue operations.

President Moon visited a primary school in Goseong, where lots of locals took shelter after losing their homes.

South Korea’s unification ministry in charge of the inter-Korean affairs said it shared information on the blaze with the Democratic People’s Republic of Korea (DPRK) through the channel of the inter-Korean liaison office in the DPRK’s border town of Kaesong that opened in September last year for the round-the-clock communications. 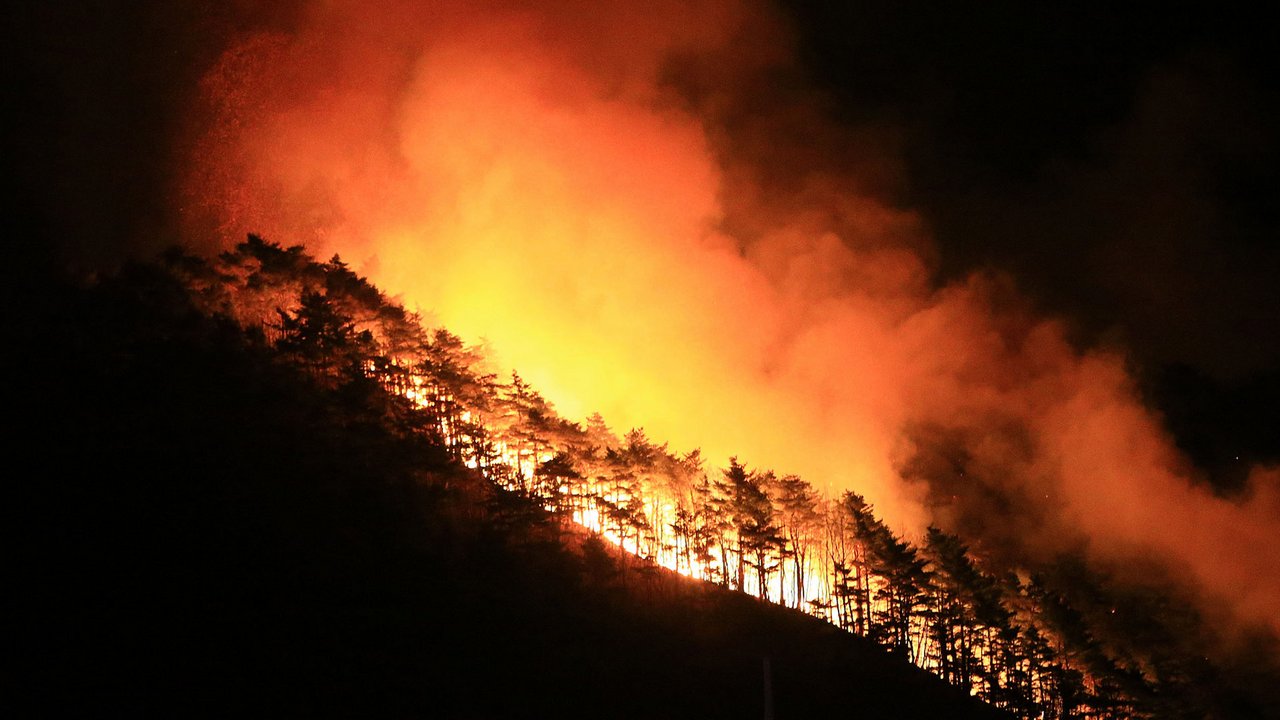 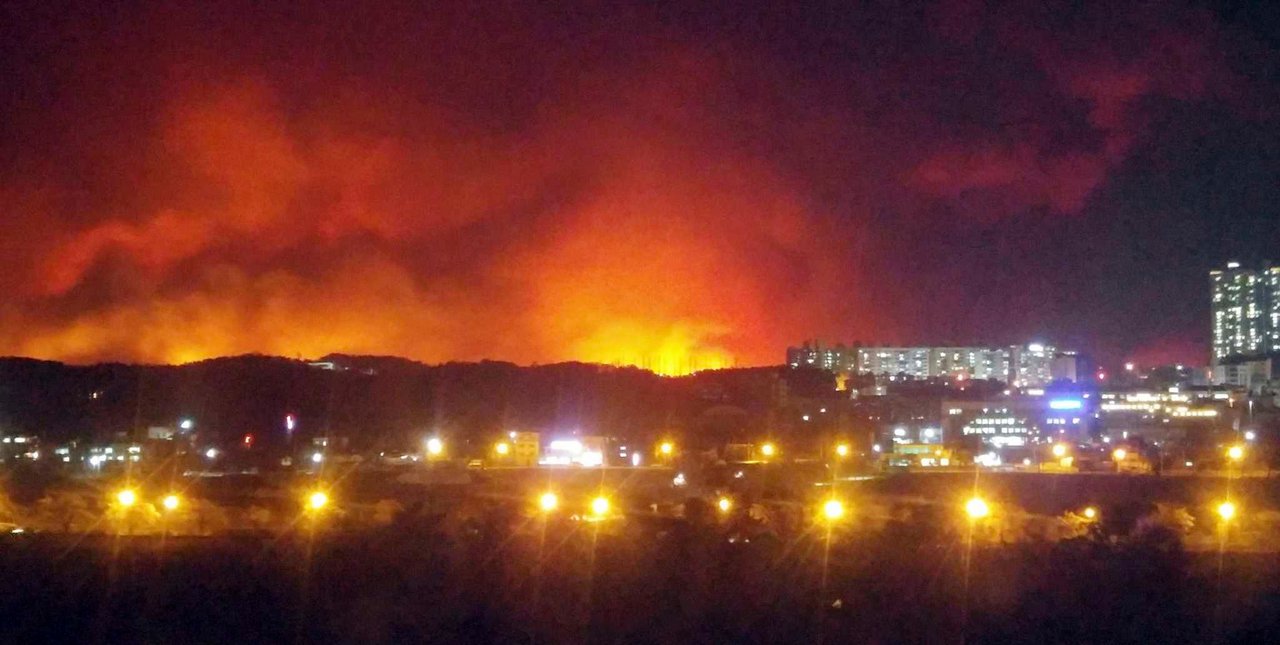