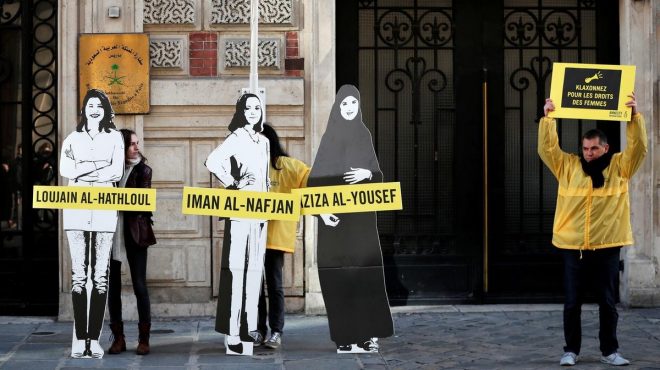 The 11 women on trial had campaigned for the right to drive and an end to the kingdom’s male guardianship system. Their case has intensified criticism of Riyadh’s rights record, already in the spotlight after last year’s murder of journalist Jamal Khashoggi.

Those newly detained, seven men and one woman, are not frontline activists but have expressed support of women’s rights and other reforms. They were detained late on Wednesday and Thursday, according to ALQST and an associate, who spoke on condition of anonymity.

Five other people close to the women have also been placed under a travel ban since February, they added.

An official from the U.S. State Department confirmed the arrest of two U.S. citizens and said it had “engaged the Saudi government in this regard”, without providing details.

The Saudi government communications office and the U.S. Embassy in Riyadh did not respond to requests for comment.

Lynn Maalouf, Amnesty International’s Middle East research director, said the authorities were “signaling to their entire people that there will be zero tolerance of any form of criticism, let alone questioning, of the state’s authoritarian practices.”

A Riyadh court last week temporarily released three of the women on trial, including Yousef, raising hopes of a more lenient handling after months of lobbying by Western governments.

But the new arrests could signal that the authorities will resist international pressure and pursue harsh sentences.