British police say they have arrested WikiLeaks founder Julian Assange inside the Ecuadorean embassy in London, where the whistleblower has been living since 2012.

“Julian Assange, 47, has today, Thursday 11 April, been arrested by officers from the Metropolitan Police Service (MPS) at the Embassy of Ecuador,” police said.

Police said they arrested Assange after being “invited into the embassy by the Ambassador, following the Ecuadorean government’s withdrawal of asylum.”

Assange has also “been further arrested on behalf of the United States authorities” after he arrived at the police station in central London, the MPS said in a statement.

An agitated, frail-looking Assange with white hair and a white beard was carried out of the embassy by at least seven men to a waiting police van.

“I can confirm that Julian Assange is now in police custody and rightly facing justice in the UK,” British Home Secretary Sajid Javid said on Twitter.

“No one is above the law,” he wrote, thanking Ecuador for its “cooperation” in the case. 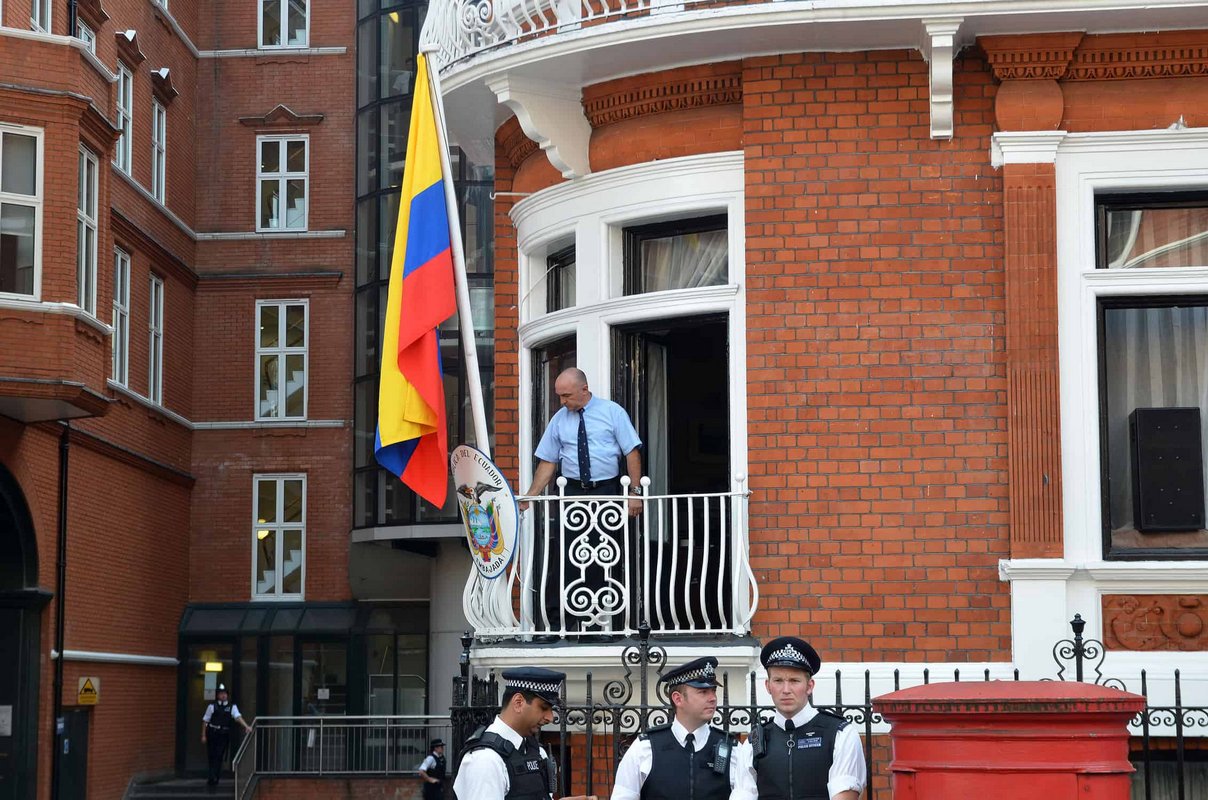 Javid was due to make a statement to parliament later in the day on the arrest of Assange, the opposition Labour Party said on Twitter.

WikiLeaks had recently warned that Assange was likely to be expelled from the embassy soon.

Assange took refuge in Ecuador’s embassy in London in 2012 after facing a warrant for arrest following allegations of sexual assault and rape from the Swedish government.

He has denied the allegations, and the investigation was closed last year. 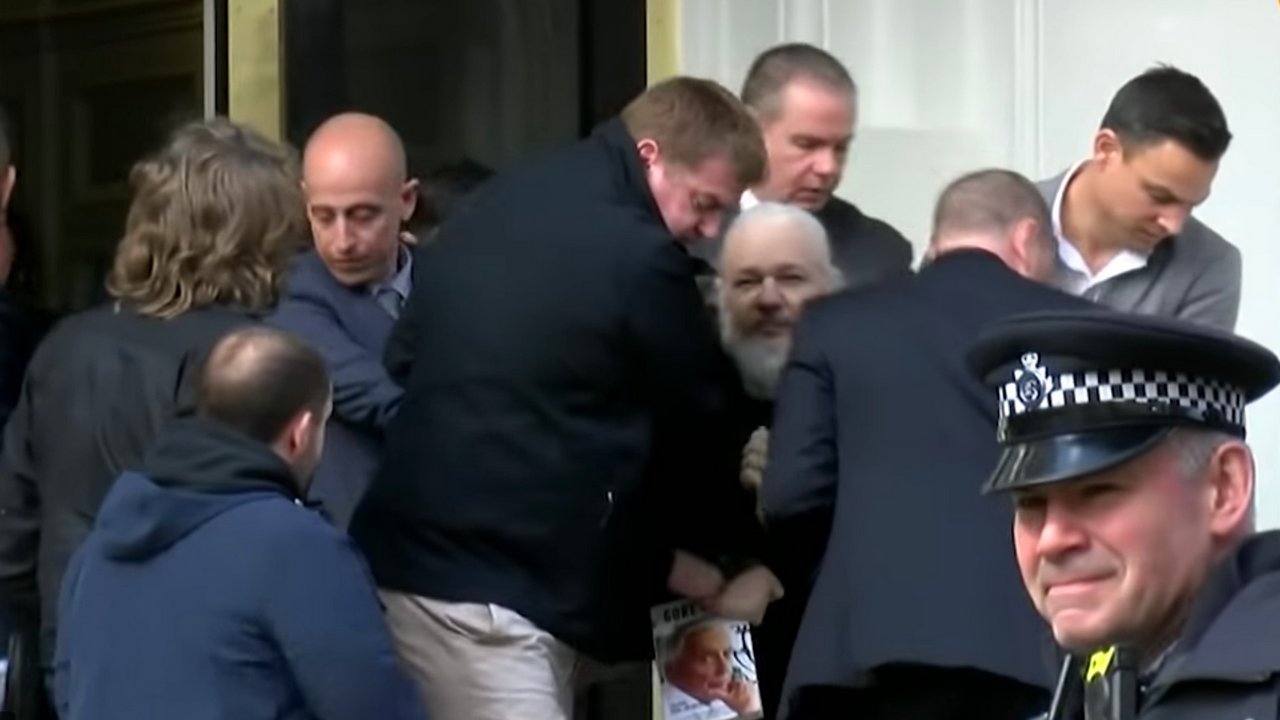 However, the Australian computer programmer had stayed in the embassy out of concern that he would be extradited to the US to be prosecuted for publishing classified documents related to the Iraq and Afghanistan wars that were leaked by American whistleblower Chelsea Manning.

Assange is considered a hero by some for exposing the abuse of power by the US and other nations and for championing free speech.

Ecuador’s president, Lenin Moreno, said in July that he was planning to withdraw asylum protection for Assange and evict him from its UK embassy.

He said Thursday that London guaranteed Assange would not be extradited to a country that has the death penalty.

“In line with our strong commitment to human rights and international law, I requested Great Britain to guarantee that Mr. Assange would not be extradited to a country where he could face torture or the death penalty,”

Assange’s relationship with his hosts collapsed after Ecuador accused him of leaking information about Moreno’s personal life. 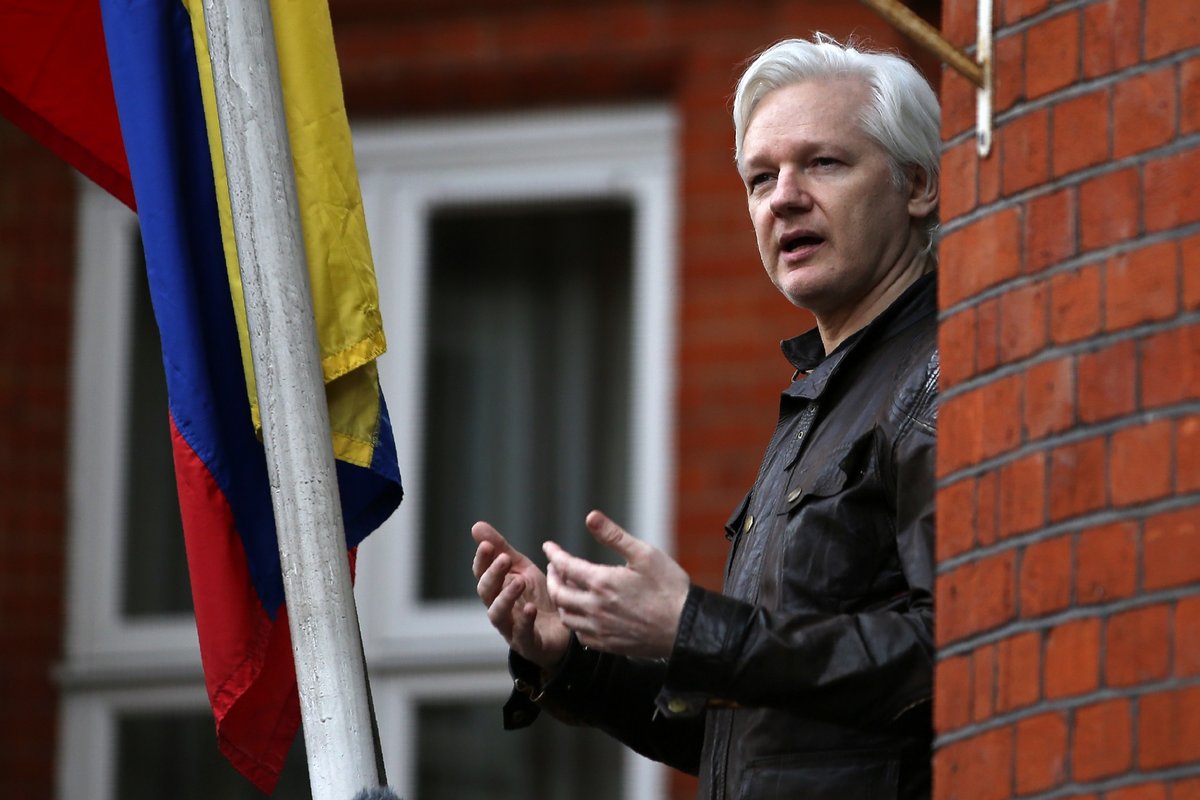 Britain will not extradite WikiLeaks Assange to the United States if he faces the possibility of the death penalty there, UK junior foreign minister Alan Duncan said.

“It is our broad policy in all circumstances, so it equally applies to Julian Assange, that he will not be extradited if he is going to face the death penalty. So that will apply to him,” he said.

A senior member of Germany’s opposition Left party says Europe must not allow Assange to be extradited to the United States for trial.

Sevim Dagdelen said in a statement that the withdrawal of Assange’s political asylum by Ecuador and his subsequent arrest by British police was a “scandal, a violation of international law, and at the same time a severe blow to independent journalism.”