An “exquisitely preserved” trace of dinosaur skin has been discovered in South Korea.

Researchers found a set of tiny tracks from a blackbird-sized Minisauripus, the smallest known theropod.

The footprints themselves, which measured only an inch long, also contained perfectly preserved skin traces. 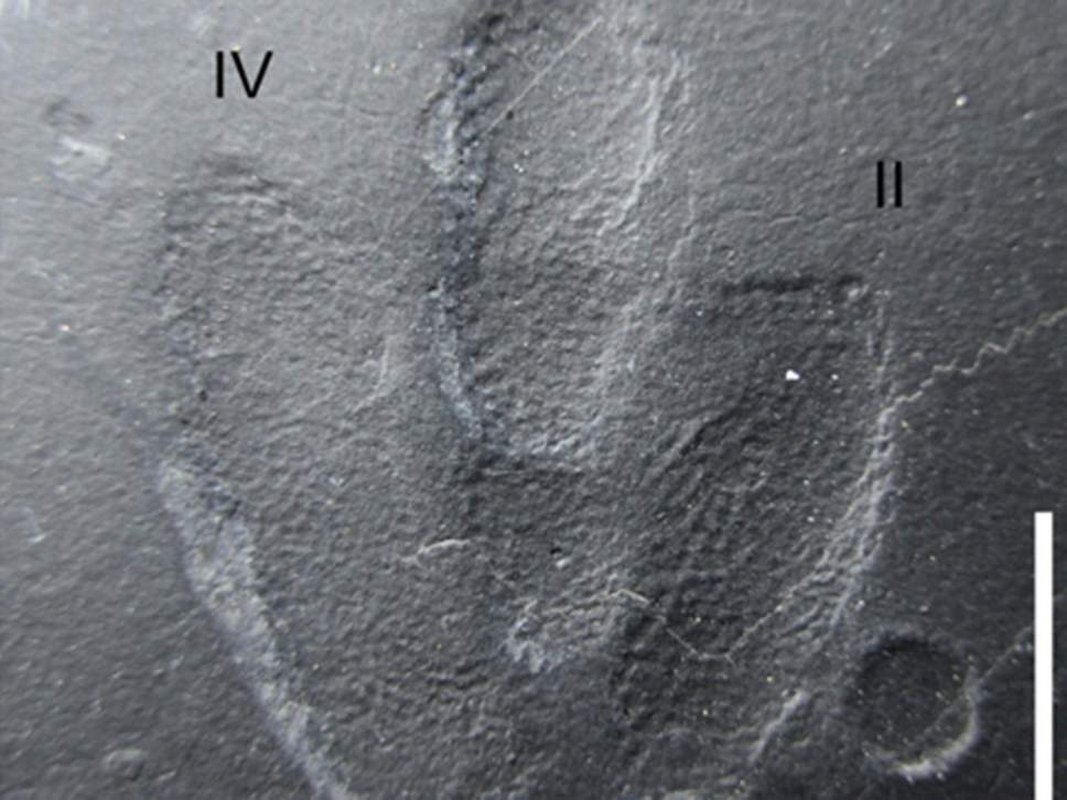 “These are the first tracks ever found where perfect skin impressions cover the entire surface of every track,” professor emeritus of geology Martin Lockley, from the University of Colorado Denver, said.

The tracks were discovered by Kyung-Soo Kim, of the Chinju National University of Education, and were described in the journal Scientific Reports.

The tracks, which were unearthed during large-scale evacuations, were nearly lost, but Mr. Kim spotted them on a broken slab and called a halt to the work.

The team then found four more tracks with skin traces.

“The tracks were made on a very thin layer of fine mud,” Mr. Lockley said, “rather like a coat of fresh paint only a millimeter thick.”

The researchers were even able to determine there had been fresh rainfall just before the tracks were made, as they identified water-drop impressions, which the dinosaur then stepped on. 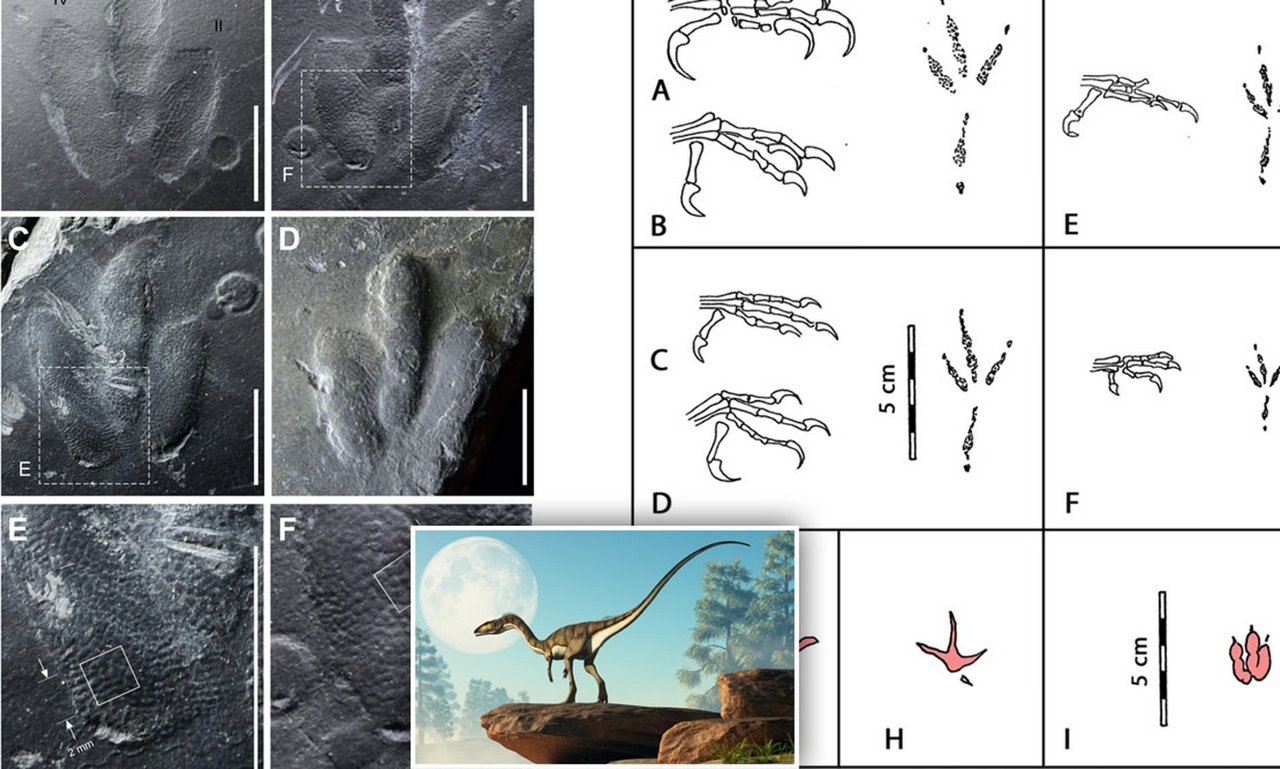 The imprint was then covered with mud which preserved it.

The researchers said the texture of the dinosaur’s skin was similar to sandpaper.

It also had tiny scales arranged like a woven fabric.

The pattern is similar to examples found from the tracks of larger carnivorous theropod dinosaurs, the team wrote.

“This is the ultimate secret of skin care,” Mr. Lockley joked.