Atletico Madrid has been crowned La Liga champions after the title race went down to the wire.

Atletico Madrid has won La Liga after a nail-biting finish to the season after a tense battle with Real Madrid on the final day of the campaign. Diego Simeone’s side went into their game against Valladolid two points ahead of their arch-rivals.

Atletico has been the runaway leaders in La Liga for most of the season but a drop off in results at the turn of the year saw both Barcelona and Real close the gap.

Barcelona ultimately fell away after picking up just two points in three games, leaving Real as the only team who could stop Atletico on the final day of the season.

Both Madrid teams faced difficult matches though, suggesting there would still be some twists to come.

Atletico was facing Valladolid, who needed to win to give themselves a chance of avoiding relegation. 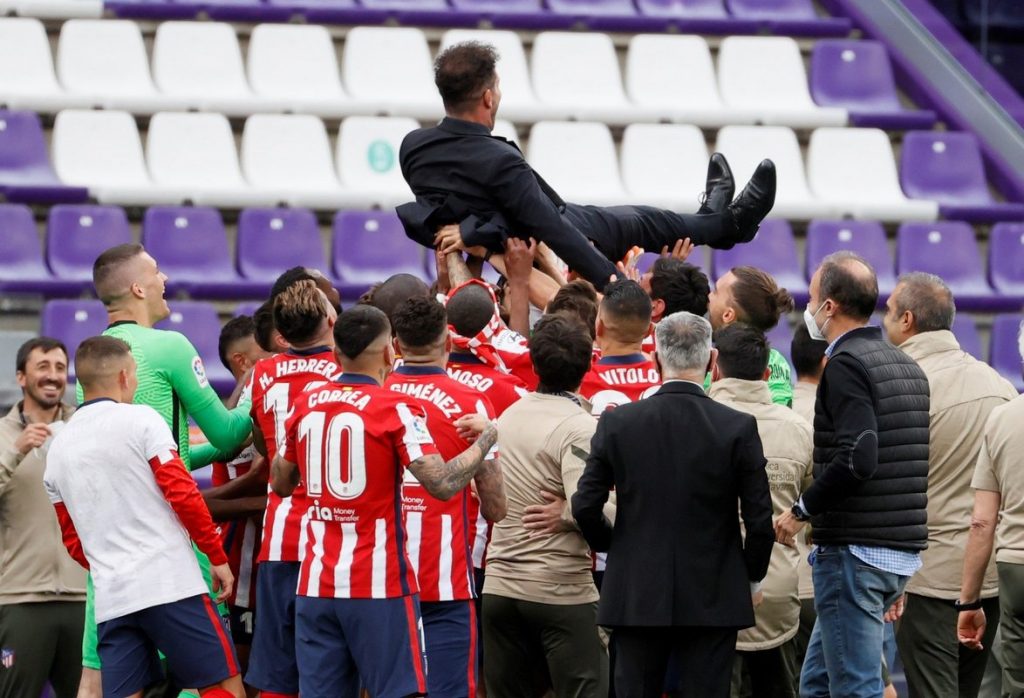 Meanwhile, Real took on Villareal who were battling for a Europa League spot.

And within two minutes of each other, both Real and Atletico found themselves a goal down midway through the first half.

Heading into the second half, Zinedine Zidane’s side would have known about the score for their rivals and it may well have given them a boost.

And they thought they had found a way back into the game when Karim Benzema found the net just before the hour mark.

However, the goal was later ruled out for offside, and then more bad news was to come from the Jose Zorrilla Stadium.

Angel Correa had equalised for Atletico, although that didn’t change much for Real as a win for Los Blancos against Villareal would have still handed them the title due to their superior goal difference in their head-to-head.

Real kept pushing for an equaliser but it was Atletico again to strike and complete their turnaround.

And it was former Barcelona star Suarez who popped up with the all-important strike to ultimately hand his side the league title.

Suarez was mobbed by his teammates in celebration after the goal, which left Real powerless in their hopes of clawing their way back. 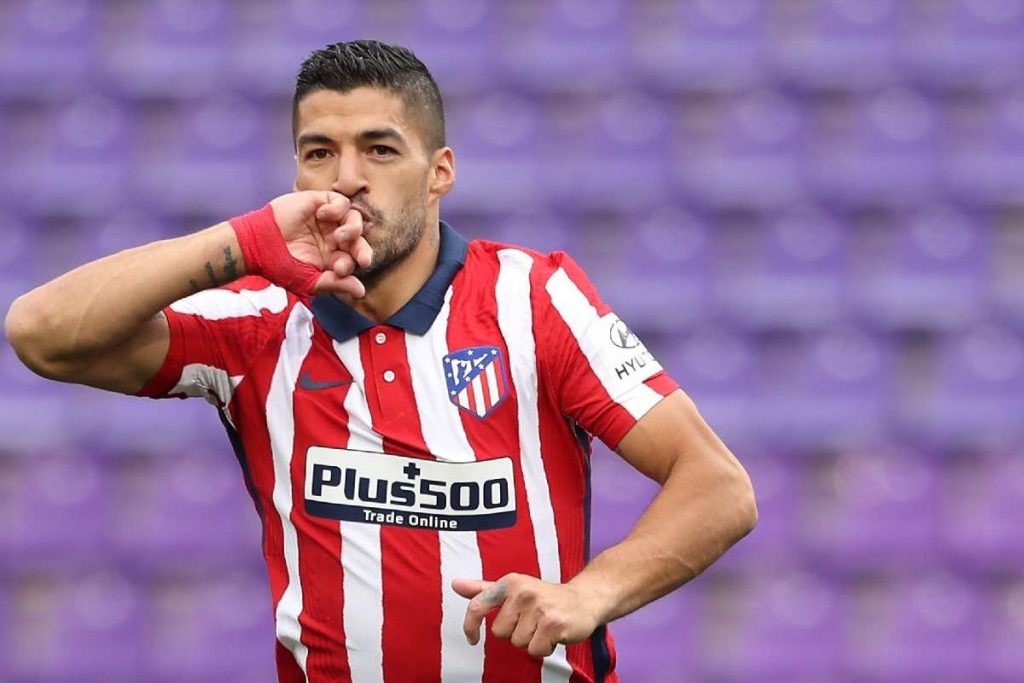 As the minutes ticked on, Real’s chances of winning their 35th La Liga table vanished.

Incredibly, Real did score twice in the closing minutes of their game with Benzema and Luka Modric giving them a glimmer of hope.

All Atletico had to do was hold on for a couple of minutes with Simeone frantically waving his arms about on the touchline before the referee blew his whistle.

The end of the game sparked wild celebrations on the pitch among Atletico players for their first La Liga title since 2014.

And Suarez’s goal proved to be the decider for Simeone’s side – a year after he was cast aside by Barcelona.