India to mark the 100th anniversary of Amritsar massacre.

Britain’s high commissioner to India laid a wreath on Saturday on the 100th anniversary of the Amritsar massacre, one of the worst atrocities of colonial rule for which London is still to apologies.

The Jallianwala Bagh massacre, as it is known in India, saw British troops fire on thousands of unarmed men, women, and children in the northern city of Amritsar on the afternoon of April 13, 1919. The number of casualties from the event, which galvanized support for independence, is unclear. Colonial-era records put the death toll at 379, but Indian figures put the number closer to 1,000.

Even 100 years on, Britain has still made no official apology and Dominic Asquith, high commissioner, on Saturday followed suit at the Jallianwala Bagh walled garden where bullet marks are still visible.

“You might want to re-write history, as the Queen said, but you can’t,” Asquith said.

“What you can do, as the Queen said, is to learn the lessons of history. I believe strongly we are. There is no question that we will always remember this. We will never forget what happened here.”

In the memorial’s guest book Asquith, a descendant of Herbert Asquith, the British prime minister from 1908-16, called the events “shameful.”

“We deeply regret what happened and the suffering caused,” he wrote.

Indian Prime Minister Narendra Modi in a tweet called the tragedy “horrific” and that the memory of those killed “inspires us to work even harder to build an India they would be proud of.”

Opposition leader Rahul Gandhi was present in Amritsar and on Twitter called the massacre “a day of infamy that stunned the entire world and changed the course of the Indian freedom struggle.”

In a visit in 2013 then British prime minister David Cameron described what happened as “deeply shameful” but stopped short of an apology.

In 1997, Queen Elizabeth II laid a wreath at the site but her gaffe-prone husband Prince Philip stole the headlines by reportedly saying that Indian estimates for the death count were “vastly exaggerated.”

On Wednesday, British Prime Minister Theresa May told the House of Commons that the massacre was “a shameful scar on British Indian history.”

“We deeply regret what happened and the suffering caused,” May said, but she, too, avoided saying she was sorry.

He said “an unequivocal official apology” is needed for the “monumental barbarity.” 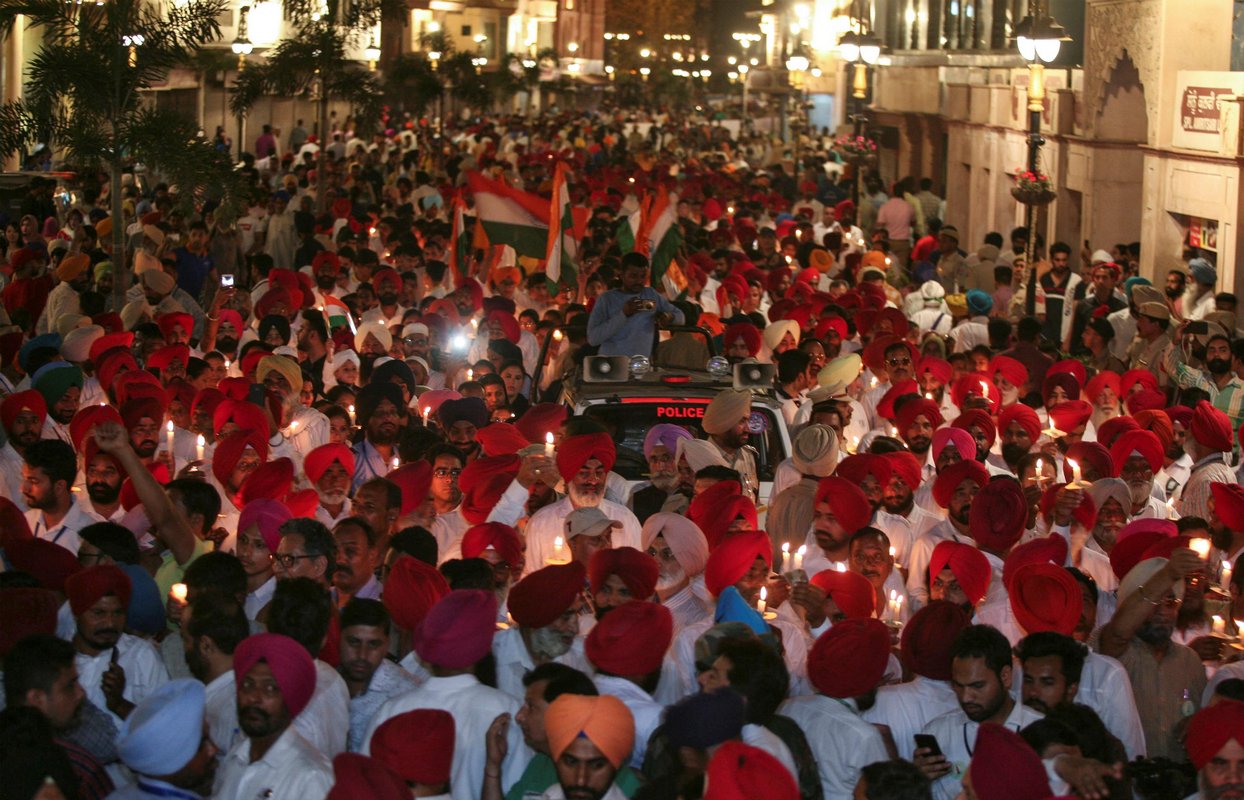 Singh said thousands attended a candlelight march Friday in memory of the victims ahead of a commemoration ceremony later on Saturday.

Around 10,000 unarmed men, women, and children had gathered in the Jallianwala Bagh walled public garden in Amritsar on April 13, 1919.

Many were angry about the recent extension of repressive measures and the arrest of two local leaders that had sparked violent protests three days before.

The 13th of April was also a big spring festival, and the crowd — estimated by some at 20,000 — included pilgrims visiting the nearby Golden Temple sacred to Sikhs.

Brigadier General Reginald Edward Harry Dyer arrived with dozens of troops, sealed off the exit and without warning ordered the soldiers to open fire.

Many tried to escape by scaling the high walls surrounding the area. Others jumped into a deep, open well at the site as the troops fired.

One of several eyewitness accounts compiled by two historians and published in the Indian Express newspaper this week described the horror.

“Heaps of dead bodies lay there, some on their backs and some with their faces upturned. A number of them were poor innocent children. I shall never forget the sight,” said Ratan Devi, whose husband was killed.

Dyer, dubbed “The Butcher of Amritsar”, said later the firing was “not to disperse the meeting but to punish the Indians for disobedience.”

Indian newspapers this week repeated their calls for an apology for a massacre that Winston Churchill, then secretary of state for war, called “monstrous.”

“But even in the centenary year of the massacre, Britain has refused to… take that important step,” the Hindustan Times said in an editorial. May’s statement was “perhaps qualitatively a notch stronger… but is far from enough.” 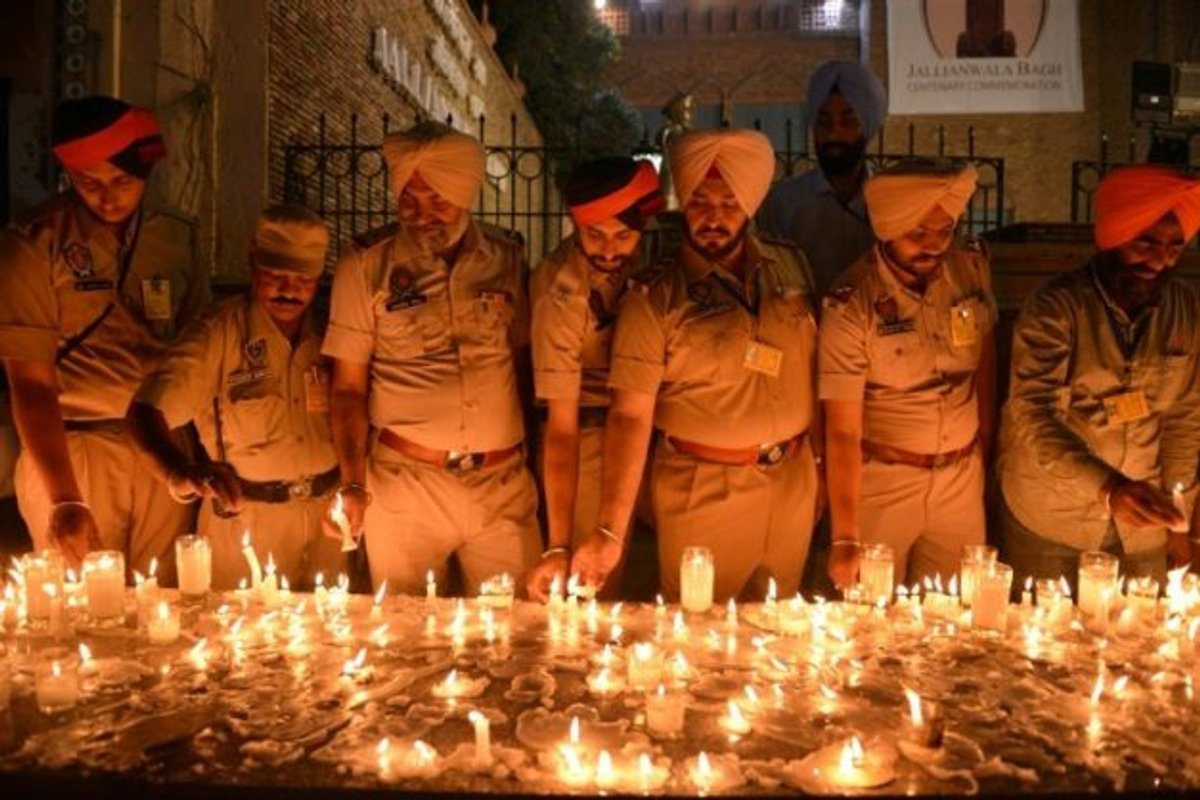