At the bottom of the Mariana Trench, the deepest part of the Earth’s oceans, scientists have discovered unique oil-eating bacteria.

Similar kinds of bacteria have previously been found and even used to help deal with oil spills, such as that from the Deepwater Horizon disaster in 2010, but the new research reveals the Mariana Trench is home to the greatest concentration of these life forms anywhere in the world.

As a result, voyaging to the bottom of the trench is hazardous and expensive, and only a few expeditions have investigated the organisms inhabiting this ecosystem.

One expedition was organized and led by the film director and avid underwater researcher James Cameron, who built a specialized submersible to collect samples from the trench.

“We know more about Mars than the deepest part of the ocean,” said Prof Xiao-Hua Zhang of the Ocean University in China, who led the new study.

Dr. Jonathan Todd, from the University of East Anglia’s School of Biological Sciences, said: “Our research team went down to collect samples of the microbial population at the deepest part of the Mariana Trench – some 11,000 meters down. We studied the samples that were brought back and identified a new group of hydrocarbon-degrading bacteria.

“Hydrocarbons are organic compounds that are made of only hydrogen and carbon atoms, and they are found in many places, including crude oil and natural gas.”

He explained the bacteria “essentially eat compounds similar to those in oil and then use it for fuel. Similar microorganisms play a role in degrading oil spills in natural disasters such as BP’s 2010 oil spill in the Gulf of Mexico.”

“We also found that this bacteria is really abundant at the bottom of the Mariana Trench.” 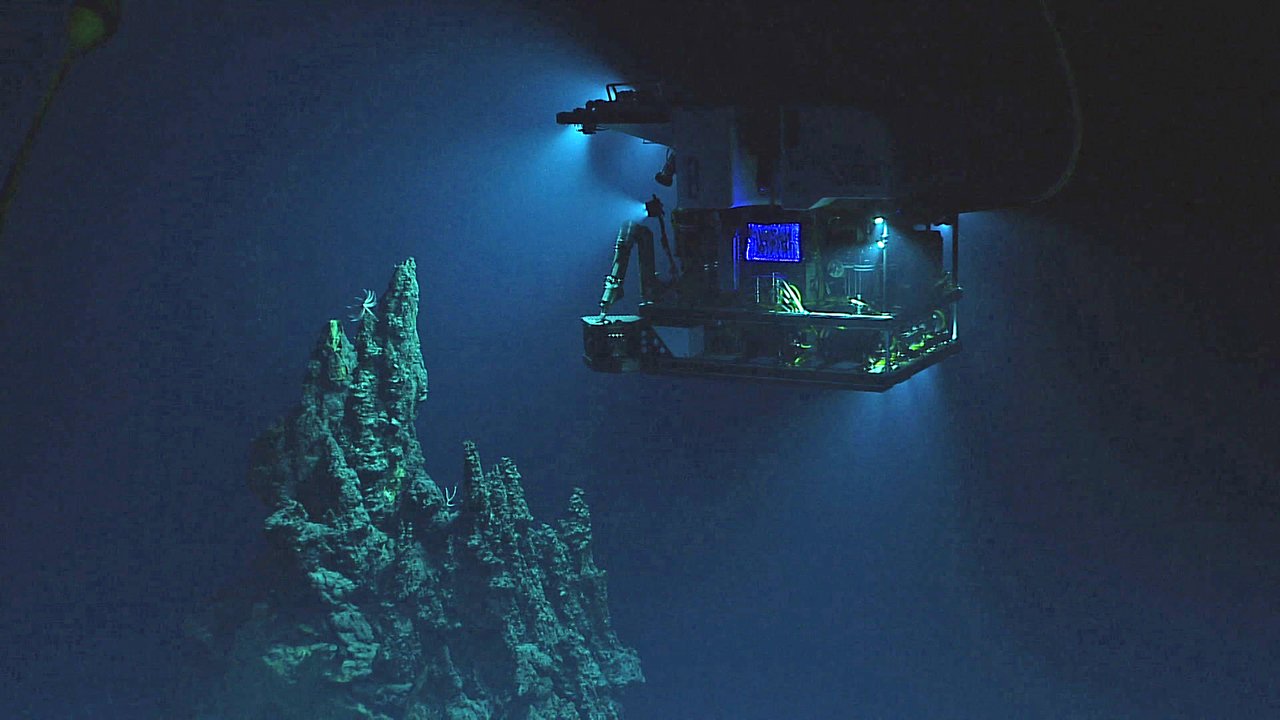 In order to understand the source of the hydrocarbons ‘feeding’ this bacteria, the team analyzed samples of seawater taken at the surface and all the way down the water column to the sediment at the bottom of the trench.

Dr. Nikolai Pedentchouk, from the UEA’s School of Environmental Sciences, said: “We found that hydrocarbons exist as deep as 6,000 meters below the surface of the ocean and probably even deeper. A significant proportion of them probably derived from ocean surface pollution.

“To our surprise, we also identified biologically produced hydrocarbons in the ocean sediment at the bottom of the trench. This suggests that a unique microbial population is producing hydrocarbons in this environment.”

“These hydrocarbons, similar to the compounds that constitute diesel fuel, have been found in algae at the ocean surface but never in microbes at these depths.”

Dr. David Lea-Smith, from UEA’s School of Biological Sciences, added: “These hydrocarbons may help microbes survive the crushing pressure at the bottom of the Mariana Trench, which is equal to 1,091 kilograms pressed against a fingernail.

“They may also be acting as a food source for other microbes, which may also consume any pollutant hydrocarbons that happen to sink to the ocean floor. But more research is needed to fully understand this unique environment.”

In 2017 it was reported a similar naturally occurring underwater bacteria had “eaten” a considerable proportion of the oil that spilled out of the Deepwater Horizon drilling platform.

Recovery teams poured millions of barrels of chemicals into the ocean to disperse the oil and force it too much deeper parts of the ocean, where it is believed to have been consumed by the microbes.

It is not yet clear if the newly discovered bacteria could also help clean up pollution from oil spills.

The research is published in the journal Microbiome.