Mandatory Credit: Photo by IAN LANGSDON/EPA-EFE/REX/Shutterstock (10205136e) Flames on the roof of the Notre-Dame Cathedral in Paris, France, 15 April 2019. A fire started in the late afternoon in one of the most visited monuments of the French capital. Cathedral of Notre-Dame of Paris on fire, France - 15 Apr 2019

A fire that engulfed the French medieval cathedral of Notre-Dame has been fully extinguished after over nine hours of fighting, the Paris Fire Brigade has announced.

“After more than 9 hours of fierce fighting, nearly 400 firefighters from Paris extinguished the appalling fire. 2 policemen and a firefighter were slightly injured,” the fire service said in a tweet on Tuesday. 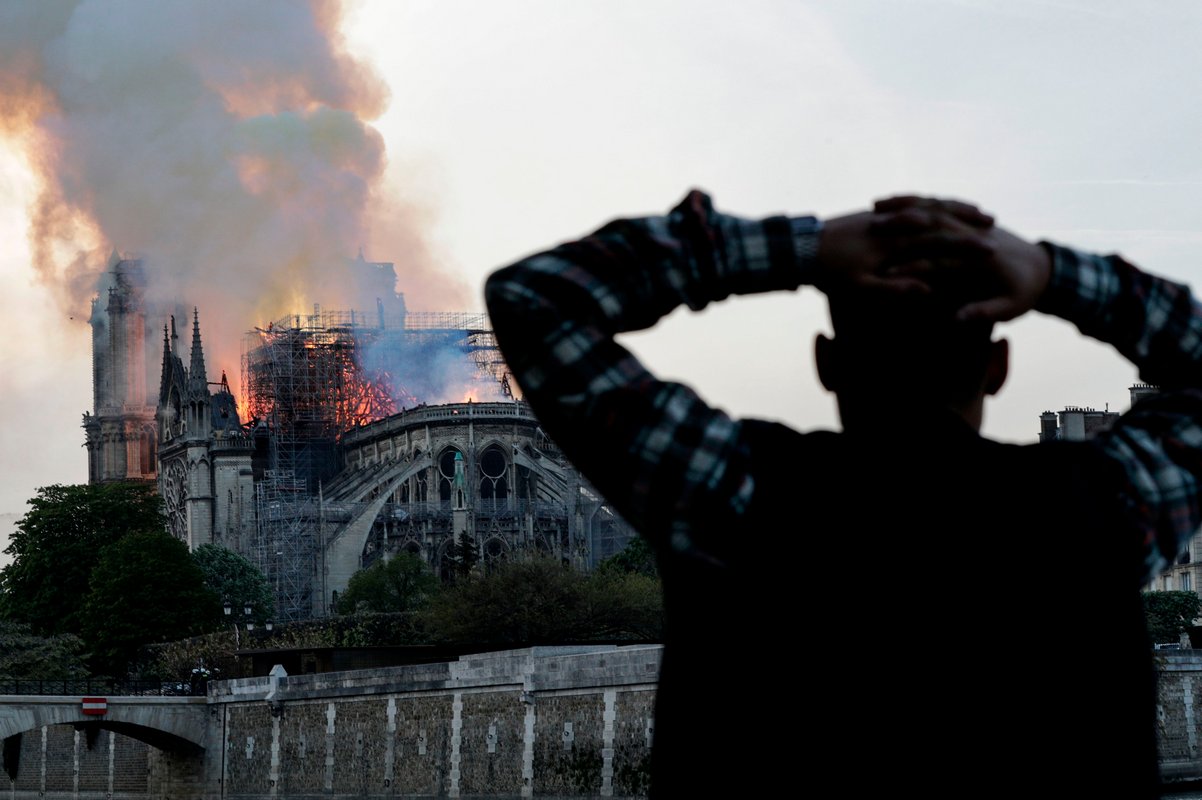 It said the main structure of the 850-year-old Gothic cathedral had been “saved and the main works of art have been put somewhere safe, thanks to the combined action of the different services of the State working together.”

The fire began at around 18:30 (16:30 GMT) on Monday and quickly tore through the cathedral’s timbered roofing, where renovation work was underway. The blaze destroyed stained-glass windows and the wooden interior before firefighters could contain it. 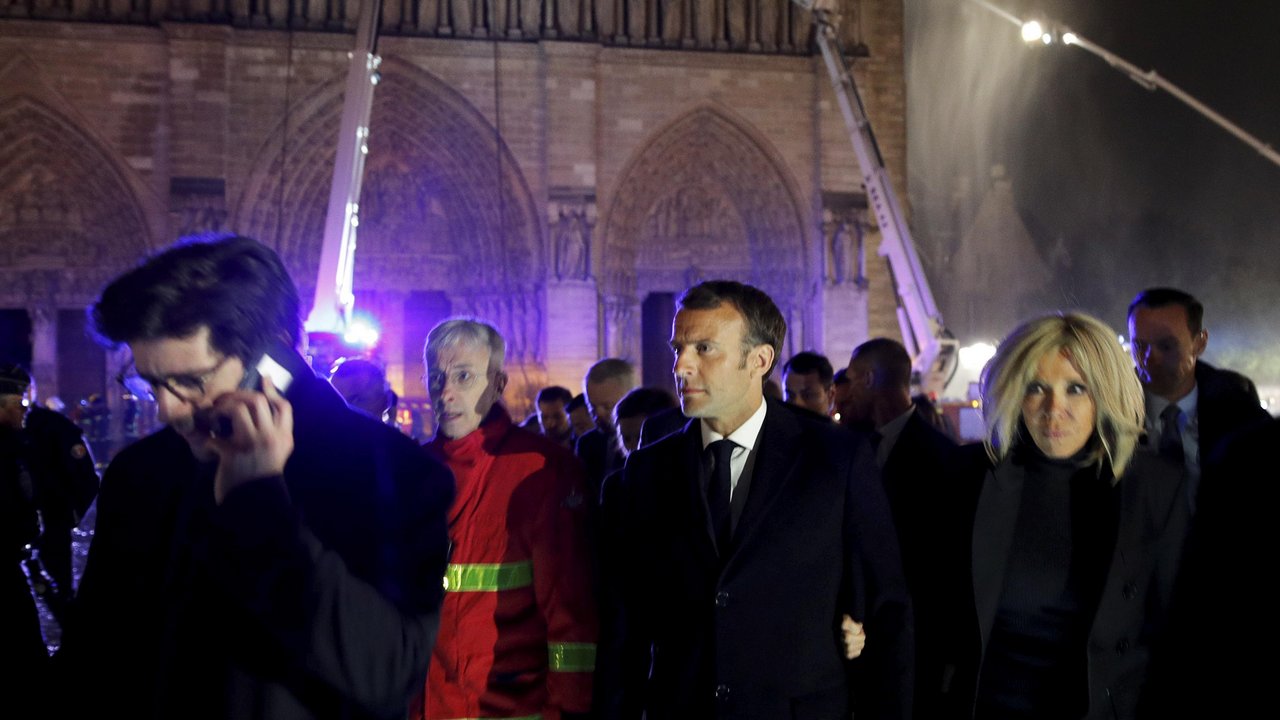 Meanwhile, French President Emmanuel Macron, who called the fire a “terrible tragedy,” said the worst had been avoided.

Macron also announced an international fundraising campaign to raise money for the rebuilding of the world-famous French landmark.

“We will rebuild it together. It will undoubtedly be part of French destiny and our project for the years to come,” Macron said outside the cathedral.

Paris Mayor Anne Hidalgo also announced a contribution of 50 million euros (56 million dollars) from the city for the restoration of the cathedral, which he estimated to cost hundreds of millions of euros.

French billionaire Bernard Arnault, who runs the multinational luxury goods conglomerate LVMH, also pledged a total of 200 million euros (226 million dollars) from his family and company to help rebuild “this extraordinary cathedral, a symbol of France, its heritage and its unity.” 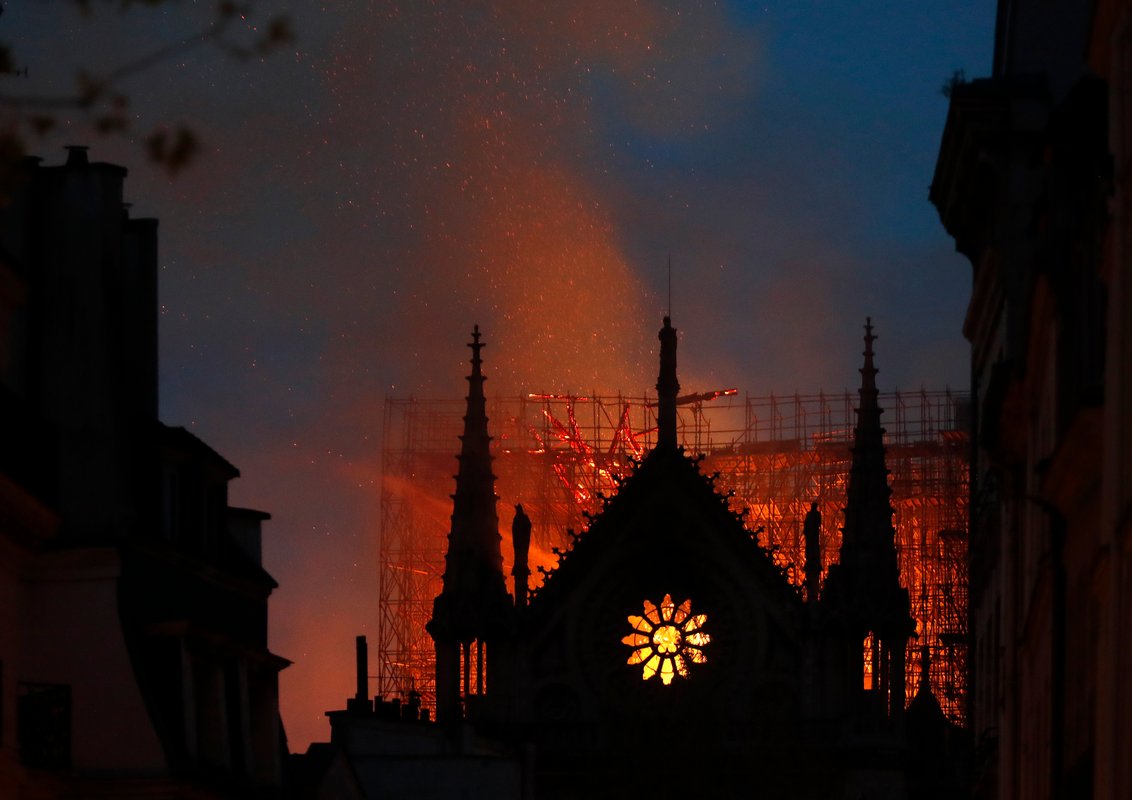 A French charity that works to protect the country’s heritage, Fondation du Patrimoine, is launching an international appeal to raise funds.

The Paris prosecutor’s office said it had launched an investigation into the cause of the incident, which according to several police sources was “accidental.”