Peru’s former president Alan Garcia shot himself early on Wednesday after police arrived at his home in the capital Lima to arrest him in connection with a bribery investigation, a police source said.

Garcia, 69, was immediately taken to the Casimiro Ulloa hospital, said the source, who was not authorized to talk to the media.

Local TV channel America reported Garcia was undergoing emergency surgery and was in critical condition, and broadcast images of Garcia’s son and supporters arriving at the hospital.

Erasmo Reyna, Garcia’s lawyer, told journalists that Garcia’s condition was “delicate.” “Right now he’s being operated on. Let’s pray to God to give him strength,” Reyna said in broadcast comments.

Garcia, a skilled orator who has led Peru’s once-powerful Apra party for decades, governed Peru as a nationalist from 1985 to 1990 before remaking himself as a free-market proponent and winning a new five-year term in 2006.

Garcia was under investigation in connection with Brazilian construction company Odebrecht, which triggered Latin America’s biggest graft scandal when it admitted publicly in 2016 that it won lucrative contracts in the region with bribes.

Last year, Garcia asked Uruguay for political asylum after he was banned from leaving the country to keep him from fleeing or obstructing the investigation. Uruguay rejected the request.

He has repeatedly denied wrongdoing. 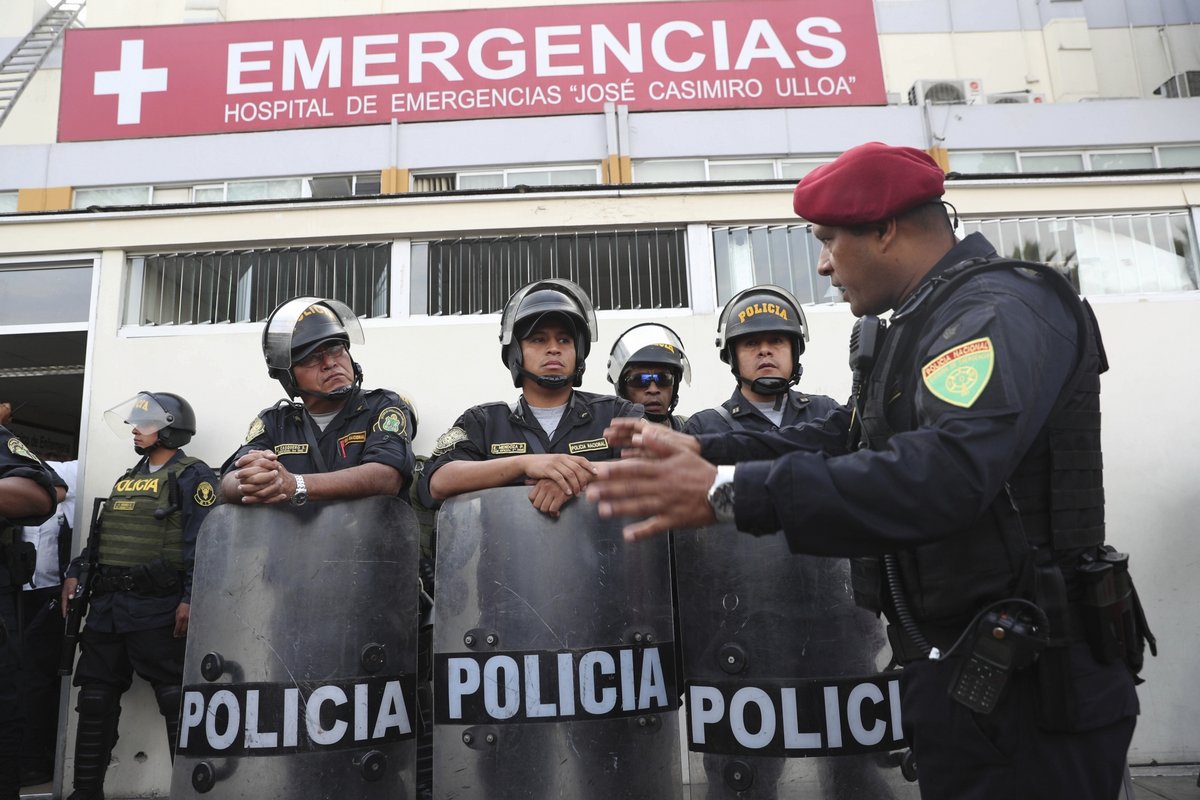