Opinion: Trump’s veto over Yemen is a scandalous abuse of presidential power.

Expected or not, Donald Trump’s veto of a bipartisan Congressional resolution to end US military involvement in Saudi Arabia’s murderous war in Yemen is an outrage. It will prolong the unspeakable suffering of millions of Yemeni civilians, the blameless victims of Riyadh’s vicious war.

Yet Trump’s uncaring arrogance also threatens the US itself. It is further proof that the constitution’s famous checks and balances are just not working, and that, post-Mueller, this unworthy president is raging dangerously out of control.

Trump ’s stated reasons for the veto ranged from specious to risible. He claimed to be protecting American citizens – even as he denied directly assisting the Saudis and said there were no US regular troops in Yemen. So which is it? The Americans Trump referred to, mostly resident in Gulf states that back the Saudi-led coalition, were at risk from Houthi “explosive boats”, he said. They may also face danger when transiting Riyadh airport. In reality, no US citizen is obliged to brave such shocking perils, and very few have.

Yet Yemen’s civilians have no choice. They need not leave their houses to be killed or maimed by Saudi air force bombers, assisted by US advisers. “Yemen is at breaking point, with 10 million people on the brink of famine. There are as many as 100 civilian casualties per week, and Yemenis are more likely to be killed at home than in any other structure,” said David Miliband, head of the International Rescue Committee. Trump’s veto is a “green light” for further atrocities, he warned. 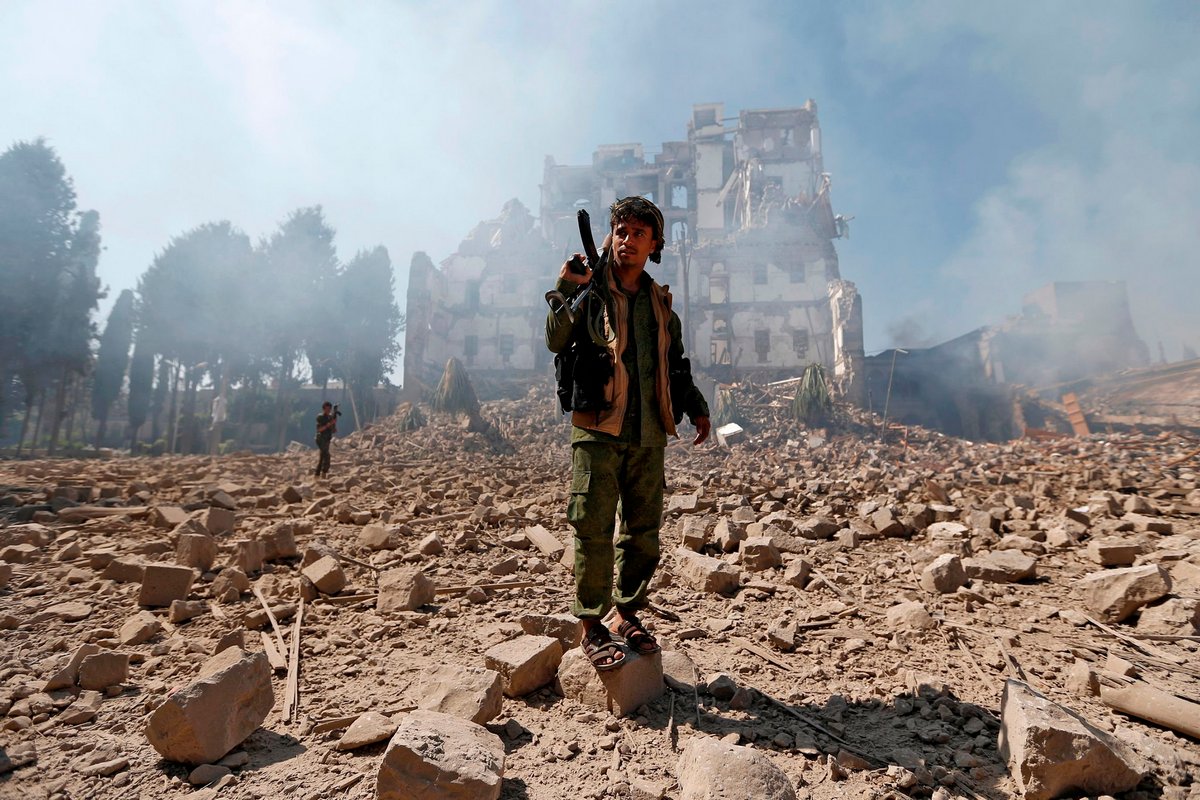 Trump also rejected the resolution as “an unnecessary, dangerous attempt to weaken my constitutional authorities”. Yet, on the contrary, his action amounts to flagrant defiance of the 1973 War Powers Act that checks a president’s ability to engage in armed conflict without the express consent of Congress. Although interpretations differ, this is not a partisan point. I,t is a matter of constitutional law. And it’s a precedent. This was the first time in history that a War Powers resolution had passed from House and Senate to the president’s desk.

Far from protecting presidential rights and prerogatives, Trump is abusing them. He tried it on again earlier this year, when he declared a fatuous, anti-migrant “national emergency” at the Mexican border – and Congress could not stop him. This week, Trump had a chance to do the right thing, said Ro Khanna, the California Democrat who sponsored the original Yemen resolution. Instead, he had “failed to uphold the principles of the constitution”.

Why is the US Congress, which counts itself an exemplary global democratic paragon, apparently so impotent in the face of such abuses? There are echoes of Westminster here. What do these many hundreds of elected politicians, regardless of party affiliation, think they are doing to earn their pay? How did the US arrive at a situation in which an ignorant, irresponsible, arguably corrupt chief executive exercises such arbitrary power? Trump rides roughshod over the people’s tribunes. And they, with valiant exceptions, let him. King George was a pushover by comparison.

Congress should now move heaven and earth, in the name of Yemen’s starving children and the majority of Americans who oppose the Saudis’ war, to override Trump’s veto. The firm expectation that it will fail to do so reflects a broader failure to properly police the corrosive Trump-Saudi relationship. The oleaginous friendship between Trump and the Saudi crown prince, Mohammed bin Salman, encompasses far more than an irrational desire for continued carnage in Yemen. 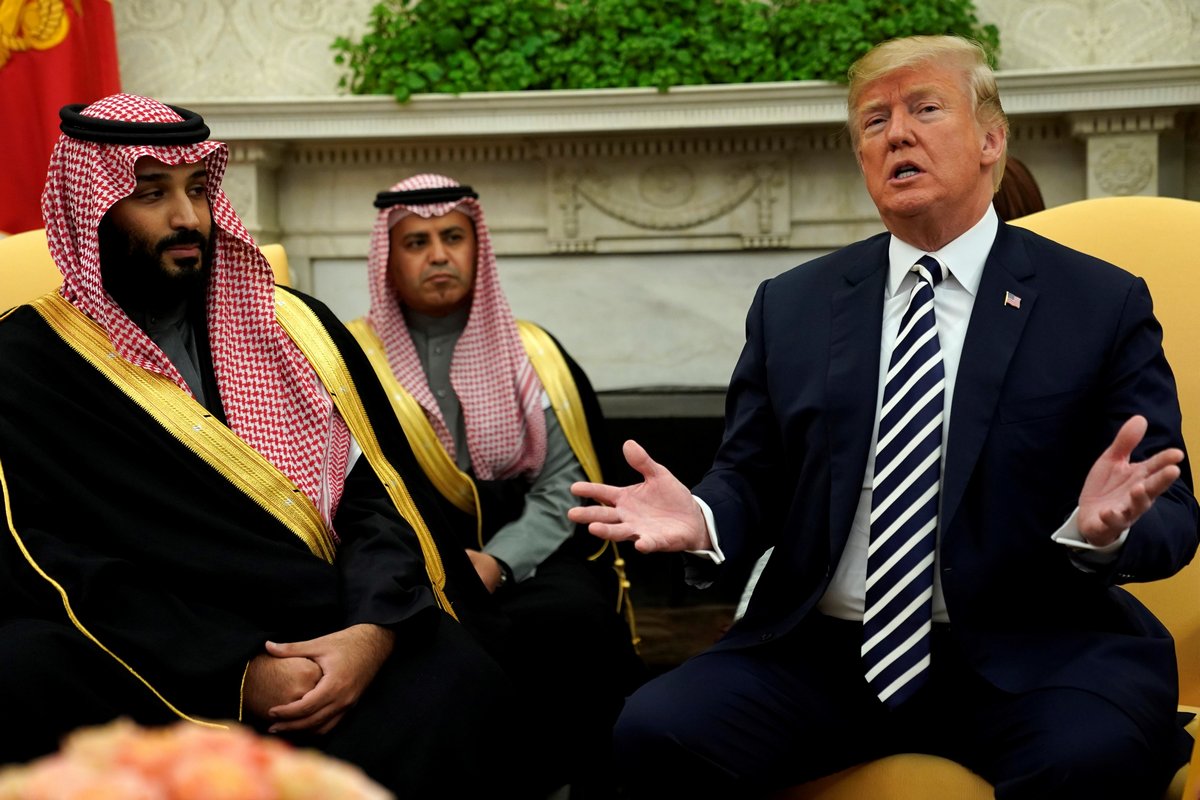 It started in 2016-17 when Saudi and other Middle East nationals were first suspected of funneling illegal donations to Trump’s campaign and inaugural committee. A Trump-owned hotel in Washington profited from Saudi business. The relationship flourished as greenhorn Trump bought into the Saudi-Israeli narrative that Iran, not Russia, was the number one international threat. Riyadh, not coincidentally, hosted Trump’s first trip abroad as president.

Trump and the Saudis have since found common cause not just over Iran, and by association Yemen and Syria, but also over Palestine. The long-delayed, much-hyped “peace plan” by Trump’s son-in-law, Jared Kushner, reportedly pivots on the injection of massive financial investments by the Saudis and other wealthy Arab states. The cash would be used to “buy” Palestinian acquiescence in the permanent loss of large parts of the West Bank and their dream of a viable, fully independent separate state.

Trump’s self-serving obeisance to like-minded Saudi autocrats led him to become apologist-in-chief for the brutal murder of the Saudi journalist, Jamal Khashoggi. It has emboldened him to ignore other egregious human rights abuses, such as the torture of Saudi women’s rights campaigners currently held in jail. 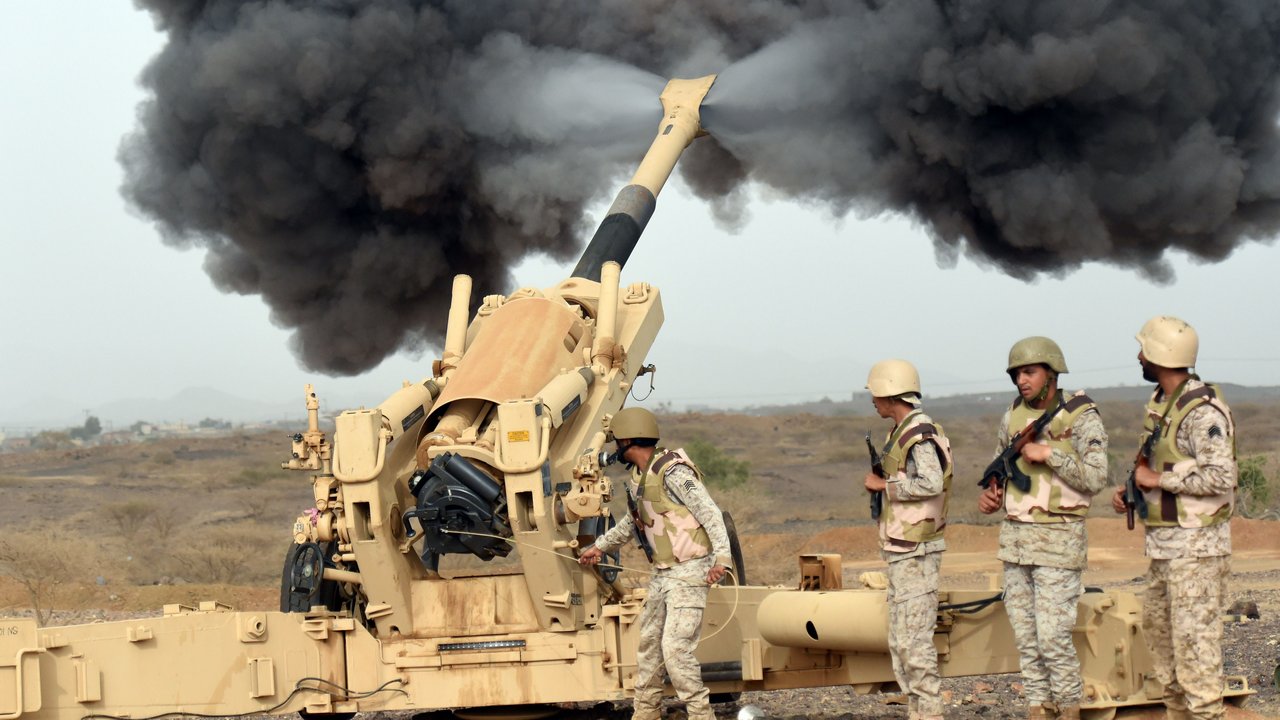 All this is rendered ever more alarming by Trump’s now systemic, vandalistic contempt for international law. Last week his administration revoked the US visa of the chief prosecutor of the international criminal court, who had been inquiring into alleged US war crimes in Afghanistan. More significantly, his recognition of Israeli sovereignty over the Golan Heights – a blatant pre-election gift to his fellow “strongman” Benjamin Netanyahu – blew apart international legal norms embodied in UN resolutions.

It’s all of a piece – and Trump’s grubby Yemen veto is but the latest proof. Let’s face it. This worst-ever American president, led by the nose by the Saudis, bedeviled by greed and hubris, is a threat to the world and his own country. He has gone rogue. So when will Americans bring him to heel?