Teenage girl burned to death after reporting sexual harassment against headteacher in Bangladesh.

A Bangladeshi teenage girl has been burned to death for reporting that her headteacher sexually harassed her.

Nusrat Jahan Rafi, a 19-year-old from a small town 100 miles south of Dhaka, was killed at her school less than two weeks after she filed the complaint. 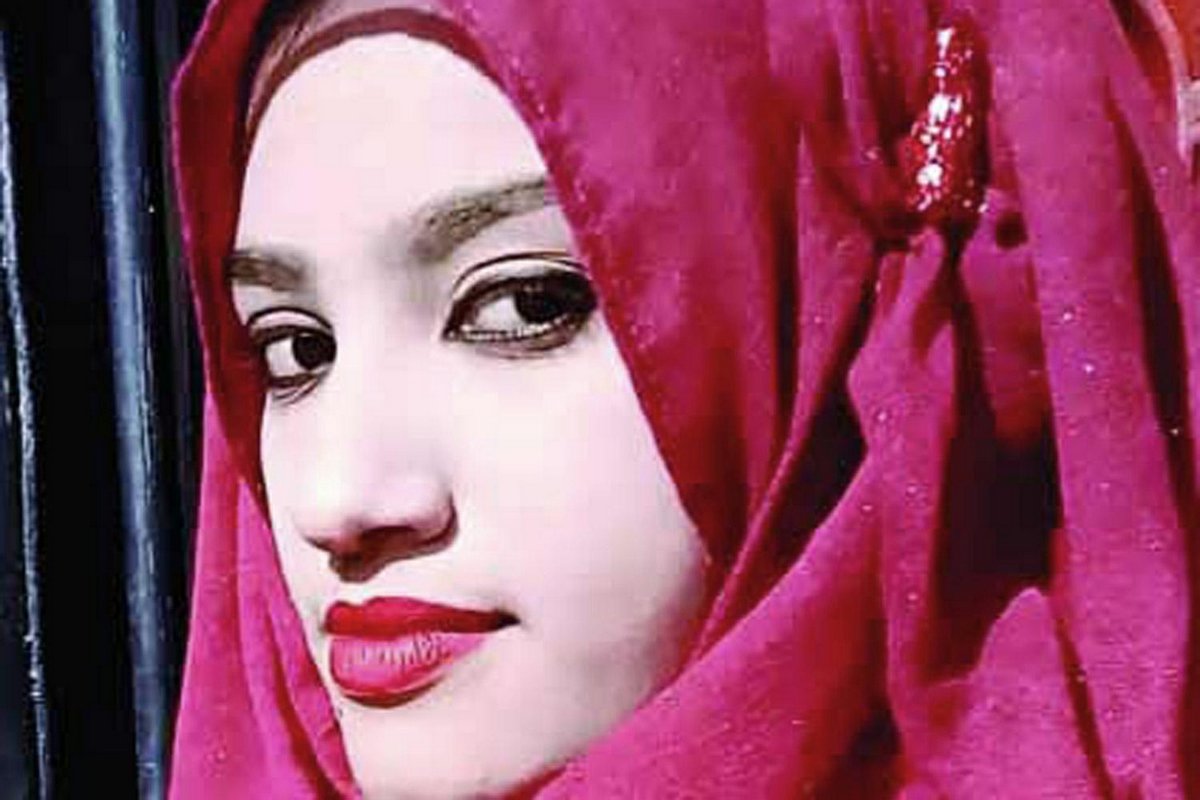 The saga has gripped Bangladesh and shined a light on the danger of coming forward about sexual harassment in the country.

Ms. Rafi, from Feni, said the headteacher called her into his office and repeatedly touched her in an inappropriate manner. She said she was forced to run out before things escalated.

Ms. Rafi, who was studying at an Islamic school, went to her local police station. The officer in charge filmed her on his phone as she recounted what had happened.

The teen appeared visibly distressed in the clip – which was later leaked to social media – and attempted to hide her face with her hands. However, the policeman can be heard branding the complaint “no big deal” and asking her to take her hands away from her face.

The headteacher was arrested after she went to the police but people assembled in the streets to call for him to be released.

On 6 April, 11 days after the alleged sexual assault, Ms. Rafi went to sit final exams at her school.

A fellow female student took her to the roof of the school, on the premise of telling her that Ms. Rafi’s friend was being beaten up, according to a statement given later by Ms Rafi. On the rooftop, four or five people surrounded her and allegedly pressured her to withdraw the case against the headteacher – then set her on fire when she refused.

She was taken to hospital, where doctors found burns covering 80 percent of her body. Unable to treat them, they sent her to Dhaka Medical College Hospital, where she died on 10 April.

Ms. Rafi had managed to record a statement on her brother’s mobile phone in the ambulance, in which she identified some of her attackers as students at the school.

“The teacher touched me, I will fight this crime till my last breath,” she said.

The headteacher is still in custody but the officer who filmed her complaint has been moved to a different department.

Prime Minister Sheikh Hasina has met Ms. Rafi’s family in Dhaka – pledging that everybody involved in the killing will be brought to justice. Thousands of people gathered for her funeral in Feni.

The death has triggered protests – with thousands taking to social media to voice their anger about the wider treatment of sexual assault victims in Bangladesh.

Police have since arrested 15 people – seven of whom are allegedly involved in the murder.

Police Bureau of Investigation chief Banaj Kumar Majumder said the killers wanted “to make it look like a suicide” but their plan fell through when Ms Rafi was rescued after leaving the scene.

“One of the killers was holding her head down with his hands, so kerosene wasn’t poured there and that’s why her head wasn’t burned,” Mr Majumder told BBC Bengali.