North Korea’s Kim to meet Putin as tensions rise with US.

The Kremlin announced the talks just hours after North Korea launched a blistering attack on US Secretary of State Mike Pompeo, demanding he is removed from negotiations over its banned nuclear programme.

Pyongyang also claimed to have tested a new kind of weapon with a “powerful warhead”.

The Kim-Putin meeting would be the first between the two leaders, as Moscow seeks to play a role in another global flashpoint.

The Kremlin said Putin had invited Kim and that the meeting would take place “in the second half of April” but provided no further details.

Russia, South Korean and Japanese media had reported this week that preparations were underway for a summit in Russia’s the Far East.

Russia has relatively warm ties with Pyongyang and provides some food aid, and Putin has long expressed his readiness to meet with the regime leader.

Quoting diplomatic sources, Russian newspaper Izvestia said the meeting would take place in Vladivostok next week before the Russian leader heads to China for an April 26-27 summit.

The US embassy in Moscow said Biegun had met with a Russian deputy foreign minister to discuss “respective bilateral engagements with North Korea and efforts to achieve the final, fully verified denuclearisation of North Korea.”

Pyongyang and Washington have been at loggerheads since the collapse of a summit between Kim and President Donald Trump earlier this year.

Upping the ante in the diplomatic standoff, North Korea’s foreign ministry described Pompeo as “reckless” and immature and said it wanted him replaced.

“I am afraid that, if Pompeo engages in the talks again, the table will be lousy once again and the talks will become entangled,” the official KCNA news agency quoted Kwon Jong Gun, director general of the ministry’s Department of American Affairs, as saying. 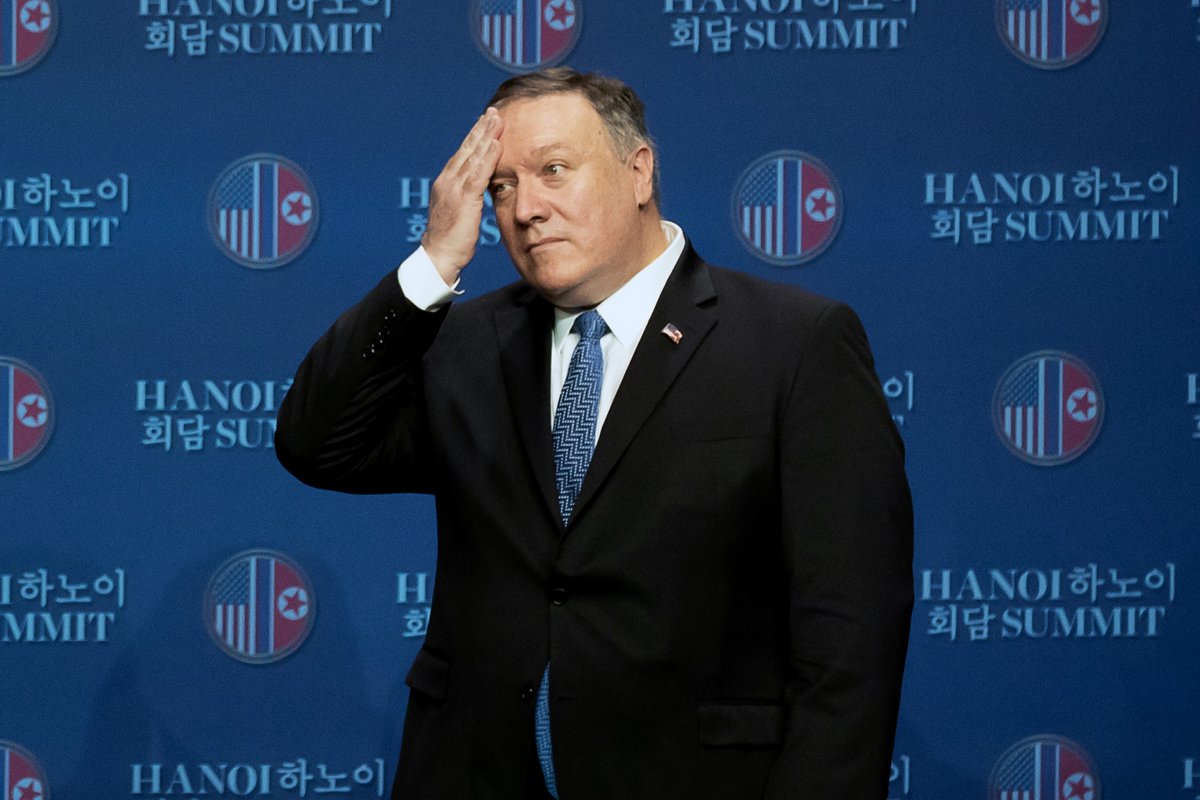 “I wish our dialogue counterpart would be not Pompeo but… (another) person who is more careful and mature in communicating with us.”

Kwon said Kim had made clear that the US attitude has to change and that Pompeo was standing in the way of a resumption of talks.

Pyongyang has been far happier to deal directly with Trump, who critics fear is too soft on the regime and is not sufficiently versed in diplomacy.

The US president has made much of his personal relationship with Kim, musing even about their “love” for each other.

The February summit between Kim and Trump ended abruptly, with North Korea later protesting that the US was being unreasonable.

North Korea has since said it is mulling options for its diplomacy with the US, and Kim said last week he was open to talks with Trump only if Washington came with the “proper attitude”.

Adding to tensions, KCNA reported Thursday that Kim had supervised the test-firing of a new tactical weapon.

Wednesday’s test was “conducted in various modes of firing at different targets” KCNA reported, adding that Kim described its development as one “of very weighty significance in increasing the combat power of the People’s Army”.

The report gave no details of the weapon.

South Korea had not detected anything on the radar so it was unlikely to have been a missile, a military official told AFP.

Little concrete progress has been achieved, however, and UN sanctions over the North’s nuclear programme remain in place.

Putin has previously expressed positions sympathetic to Kim’s regime, saying last year that Pyongyang must be given guarantees in exchange for de-nuclearisation.

The US has accused Russia of trying to help North Korea evade some international sanctions, though Moscow denies this.

The last summit between a Russian and North Korean head of state came in 2011 when Kim’s father Kim Jong Il traveled to Siberia to meet Dmitry Medvedev, the Russian president.