At least 13 people have died and many were injured when a wall collapsed in South Africa at the start of an Easter service at a Pentecostal church.

Emergency services said that 29 people were rushed to hospital after the collapse in the coastal province of KwaZulu-Natal.

Local officials have blamed the tragedy on heavy rainfall in the area around eMpangeni on Thursday night.

Local reports said some people had been sleeping when the brick wall fell.

The wall at the front of the Pentecostal Holiness Church collapsed at the start of what had been planned as a weekend-long service to commemorate the Christian festival of Easter. 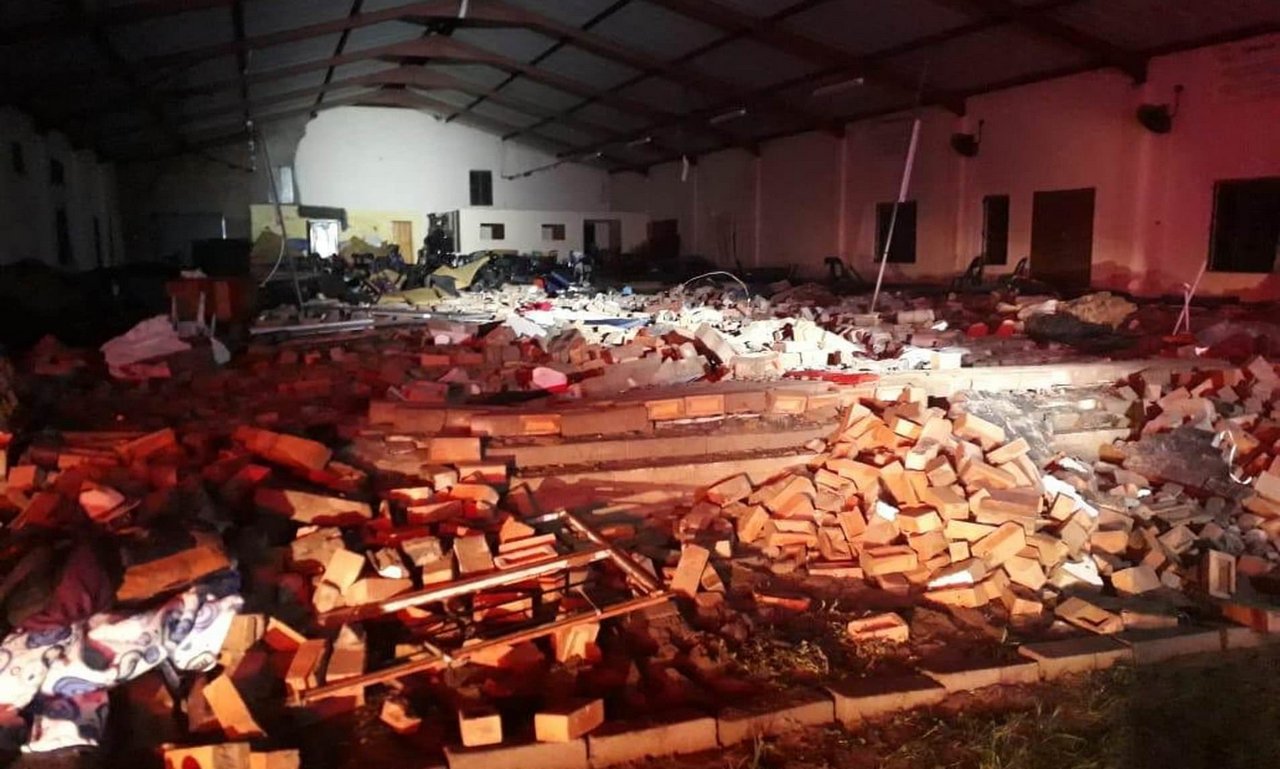 On Friday, a special prayer service was held in a large tent in front of the church, reports the eNCA TV station.

President Cyril Ramaphosa visited the church last year and some of the congregants reportedly asked for his support to build a new church.

Labour Minister Mildred Oliphant is a member of the church and was planning to attend the Good Friday service there.

She has arrived at the scene and said: “Even at this difficult time, we still need to trust in God.”

“It was a heavy storm that affected this area.”