China will showcase new warships, including nuclear submarines and destroyers, at a parade next week, marking the 70th anniversary of it’s navy’s founding, a senior army commander says.

The naval parade by the People’s Liberation Army (PLA) on April 22-25 will feature a total of 32 vessels and 39 aircraft, China’s deputy naval commander Qiu Yanpeng told reporters in the city of Qingdao Saturday.

“At this naval parade, the PLA Navy ship and aircraft to be revealed are the Liaoning aircraft carrier, new types of nuclear submarines, new types of destroyers, as well as fighter aircraft. Some ships will be revealed for the first time,” Qiu said.

The parade, likely to be overseen by Chinese President Xi Jinping, will host a number of foreign navies from Russia, Singapore, India, Thailand, and Vietnam.

More than 60 countries from five continents will send naval delegations, with more than 30 of them featuring major naval leaders, according to the Chinese military commander.

The event will also feature other activities, including high-level seminars, joint military music performances, and cultural and military exchanges.

“The Chinese navy has always been a peaceful force and will not pose a threat to any country,” Qiu said.

“The Chinese Navy has not brought war, turmoil or uneasiness to any part of the world. It has always understood peace, cherished peace and defended peace.”

Qiu said China’s armed forces will not pose a threat to anyone, rebuffing concerns about his country’s military actions/

China, he said, has been scared by its past and needs good defenses at sea. “A strong navy is essential for building a strong maritime country.”

From 1840 to 1949, China was invaded by foreign powers from the sea more than 470 times, which caused untold suffering and deep wounds to the Chinese nation, Qiu said. 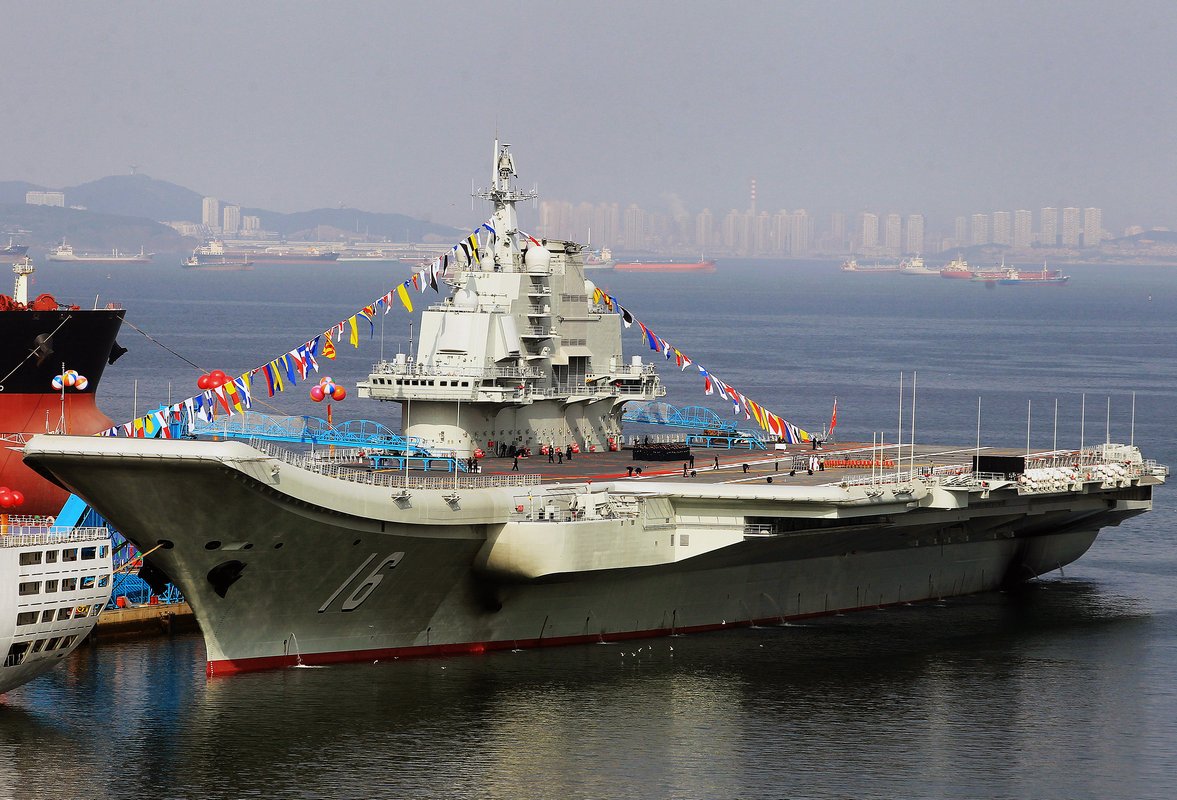 China claims sovereignty to most of the resource-rich South China Sea, through which $5 trillion in shipping trade passes annually, despite competing claims from Brunei, Malaysia, the Philippines, Taiwan, and Vietnam.

The US has been taking sides with some of China’s neighbors in their territorial disputes in the busy sea. It has stepped up military presence under the pretext of freedom of navigation in international waters.

China has constantly warned the US that close military encounters by air and naval forces of the two countries in the region could easily trigger miscalculation or even accidents at sea or in air.

Washington is increasingly alarmed by Beijing’s rising influence and economic power, trying to curb it through imposing hefty sanctions and other punitive measures.

Tensions between Beijing and Washington have hit a new high since the detention of Meng Wanzhou, Huawei’s chief financial officer and daughter of its founder, in Canada on a US arrest warrant.

Meng, 47, was detained at a Vancouver airport on December 1 last year over the charge filed by the US that Huawei had bypassed unilateral US sanctions against Iran.

Meng has denied any wrongdoing and her father, Ren Zhengfeiin, has denounced the arrest as “politically motivated.” She is now facing extradition to the US.

On Saturday, The Times said US intelligence has accused Huawei Technologies of being funded by Chinese state security, adding to the list of allegations faced by the Chinese technology company in the West.

According to the report, US intelligence shared its claims with other members of the Five Eyes intelligence-sharing group, which includes Britain, Australia, Canada, and New Zealand.

Huawei dismissed the allegations in a statement cited by the newspaper.

“Huawei does not comment on unsubstantiated allegations backed up by zero evidence from anonymous sources,” a Huawei representative told The Times.