Opinion: Trump is a cancer on the presidency.

So it turns out that, indeed, President Donald Trump was not exonerated at all, and certainly not “totally” or “completely”, as he claimed.

Special counsel Robert Mueller didn’t reach a conclusion about whether Trump committed crimes of obstruction of justice – in part because, while a sitting president, Trump can’t be prosecuted under long-standing Justice Department directives, and in part because of “difficult issues” raised by “the president’s actions and intent”.

Those difficult issues involve, among other things, the potentially tricky interplay between the criminal obstruction laws and the president’s constitutional authority, and the difficulty in proving criminal intent beyond a reasonable doubt.

Mr. Mueller couldn’t say, with any “confidence”, that the president of the United States is not a criminal.

He said, stunningly, that “if we had confidence after a thorough investigation of the facts that the president clearly did not commit obstruction of justice, we would so state”. Mr. Mueller did not so state.

That’s especially damning because the ultimate issue shouldn’t be – and isn’t – whether the president committed a criminal act.

As I wrote not long ago, Americans should expect far more than merely that their president is not probably a criminal. In fact, the constitution demands it.

The Constitution commands the president to “take care that the laws be faithfully executed.”

It requires him to affirm that he will “faithfully execute the office of the president” and to promise to “preserve, protect and defend the constitution”.

And as a result, by taking the presidential oath of office, a president assumes the duty not simply to obey the laws, civil and criminal, that all citizens must obey, but also to be subjected to higher duties – what some excellent recent legal scholarship has termed the “fiduciary obligations of the president”.

Fiduciaries are people who hold legal obligations of trust, like a trustee of a trust.

A trustee must act in the beneficiary’s best interests and not his own. If the trustee fails to do that, the trustee can be removed, even if what the trustee has done is not a crime.

So too with a president.

The US constitution provides for impeachment and removal from office for “treason, bribery, or other high crimes and misdemeanors”.

But the history and context of the phrase “high crimes and misdemeanors” makes clear that not every statutory crime is impeachable, and not every impeachable offense need be criminal.

As Charles Black put it in a seminal pamphlet on impeachment in 1974, “assaults on the integrity of the processes of government” count as impeachable, even if they are not criminal.

And presidential attempts to abuse power by putting personal interests above the nation’s can surely be impeachable.

The president may have the raw constitutional power to, say, squelch an investigation or to pardon a close associate.

But if he does so not to serve the public interest, but to serve his own, he surely could be removed from office, even if he has not committed a criminal act.

By these standards, the facts in Mr. Mueller’s report condemn Donald Trump even more than the report’s refusal to clear him of a crime. 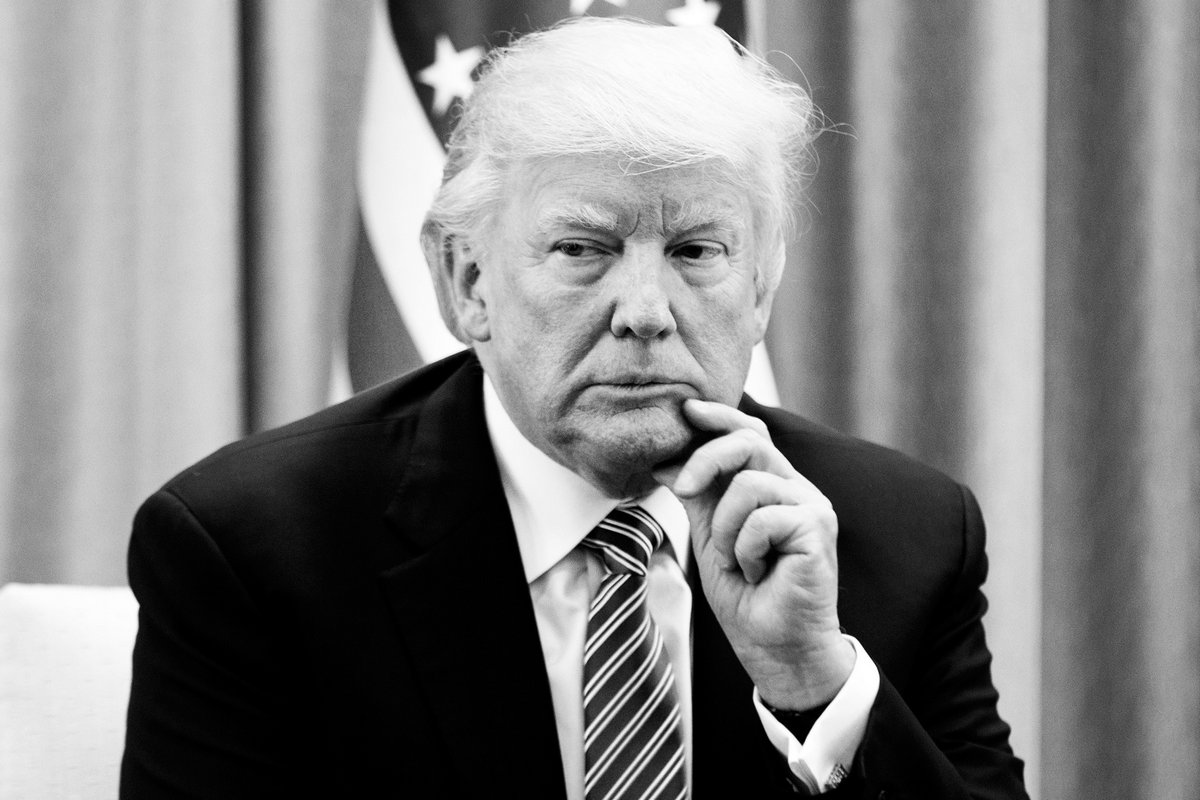 President Trump tried to “limit the scope of the investigation”.

He tried to discourage witnesses from co-operating with the government through “suggestions of possible future pardons”.

He engaged in “direct and indirect contacts with witnesses with the potential to influence their testimony”.

A fair reading of the special counsel’s narrative is that “the likely effect” of these acts was “to intimidate witnesses or to alter their testimony,” with the result that “the justice system’s integrity [was] threatened”.

Page after page, act after act, Mr. Mueller’s report describes a relentless torrent of such obstructive activity by Trump.

He was almost certainly to be impeached, and removed from office after the infamous “smoking gun” tape came out.

On that tape, the president is heard directing his chief of staff to get the CIA director, Richard Helms, to tell the FBI “don’t go any further into this case” – Watergate – for national security reasons. That order never went anywhere, because Mr. Helms ignored it.

Other than that, Mr. Nixon was mostly passive – at least compared to Trump.

For the most part, the Watergate tapes showed that Nixon had “acquiesced in the cover-up” after the fact. Mr. Nixon had no advance knowledge of the break-in. His aides were the driving force behind the obstruction.

Donald Trump, on the other hand, was a one-man show.

His aides tried to stop him, according to Mr. Mueller: “The president’s efforts to influence the investigation were mostly unsuccessful, but that is largely because the persons who surrounded the president declined to carry out orders or accede to his requests.”

As for Trump’s supposed defense that there was no underlying “collusion” crime, well, as the special counsel points out, it’s not a defense, even in criminal prosecution.

But it’s actually unhelpful in the comparison to Watergate. The underlying crime in Watergate was a clumsy, third-rate burglary in an election campaign that turned out to be a landslide.

The investigation that Trump tried to interfere with her, to protect his own personal interests, was in significant part an investigation of how a hostile foreign power interfered with our democracy.

If that’s not putting personal interests above a presidential duty to the nation, nothing is.

White House counsel John Dean famously told Nixon that there was cancer within the presidency and that it was growing. What the Mueller report disturbingly shows, with crystal clarity, is that today there is cancer in the presidency: President Donald Trump.

Congress now bears the solemn constitutional duty to excise that cancer without delay.

“Conway is a lawyer in New York and husband of White House Counsellor to the President, Kellyanne Conway.”