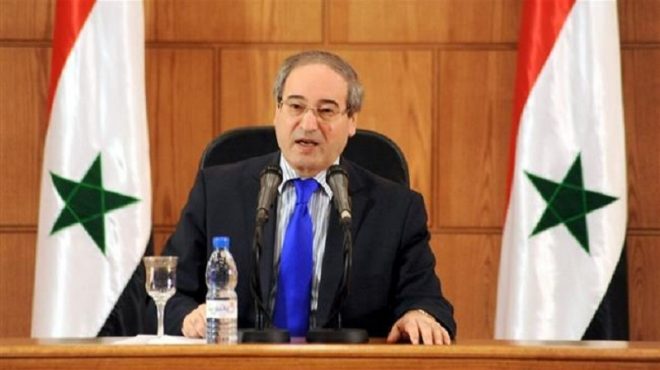 The Syrian foreign minister has hailed as an “achievement” a newly-adopted United Nations resolution to extend the cross-border aid operation into the West Asian country, as the move would compel the West to respect the territorial integrity of Syria.

According to reports, Faisal al-Mekdad made the remarks in a statement on Saturday after the UN Security Council adopted resolution 2585 to extend the authorization of cross-border aid mechanism for Syrians for another 12 months.

The resolution, which won the unanimous support of the 15-member council, will allow cross-border aid into Syria from the country’s Bab al-Hawa border crossing with Turkey to run for six months until January 10, 2022, and then for an extension of an additional six months until July 10, 2022.

The second six-month extension remains pending and is subject to the issuance of a substantive report by the UN secretary-general, which particularly focuses on transparency in aid delivery operations in Syria and progress on cross-line access in meeting the country’s humanitarian needs.

According to the resolution, the secretary-general will be required to brief the Security Council on a monthly basis and to present a report on the implementation of relevant Security Council resolutions and on compliance by all relevant parties in Syria.

The report would also provide detailed information on UN humanitarian cross-border operations, including the distribution mechanism, the number of beneficiaries, operating partners, locations of aid deliveries at the district level, and the volume and nature of items delivered.

Mekdad was cited by Syrian Arab News Agency (SANA) as saying on Saturday that adopting resolution 2585 in its current form was an achievement because it included all aspects which Western countries had refused to consider.

The top diplomat underlined that the new resolution has put many restrictions on the movement of goods as well as the Western states which disrespect international borders and use the crossings to violate Syria’s territorial integrity.

“The border crossings were used by the Western states, the US and all those who support terrorism, to provide terrorists and militants with the weapons,” Mekdad said, stressing that the UN had so far failed in its duty to monitor goods entering Syria.

Mekdad said the UN, like Western countries, has failed to deliver real humanitarian aid to the Syrian people and that the aid batches often fall into the hands of armed groups and organizations affiliated to the Western states, which are distributed among terrorists or sold later to Syrians at high prices.

“The resolution means that the Syrian state must know everything which enters the country and where food items and humanitarian supplies are going, and thus it would be difficult for the Western countries to pass weapons to terrorists,” he added.

Mekdad said the resolution renews the United Nations’ strong faith in the territorial integrity of Syria and leaves Turkey, along with the United States that supports militants in northern Syria, not satisfied.