Hundreds of people have had to leave their homes in Norway as emergency services try to extinguish forest fires raging in the south of the country.

Some 148 homes were evacuated around the town of Sokndal, where fires have been burning since Tuesday.

Police say the fires are still out of control and warn that heavy winds could help them to spread.

April is very early for forest fires in Norway, and experts have warned of a dramatic increase across the continent.

This month alone, wildfires have broken out in Sweden, Germany, and the UK.

Fires in Europe “are way above the average” for this time of year, an official at the EU’s European Forest Fire Information System (Effis) said.

“The season is drastically worse than those of the last decade.”

The official added that a “very dry winter in most of Europe” and persistent drought had contributed to the rise in forest fires and that the “long term forecast is not promising for an improvement”.

Police in south-west Norway is still unsure what started the fires, which have burned some 7.5 sq km (2.9 square miles) of land near Sokndal, 100km (62 miles) south-east of the coastal city of Stavanger.

As well as evacuating residents, rescue services spent the night soaking land in surrounding areas in an effort to stop the fire from spreading.

But they fear that expected winds of nine to 11 meters per second could cause the fire to move into neighboring districts.

“The wind is still a challenge and will become an even greater challenge if it increases. It’s still burning heavily, and there is no fire control,” said south-west police official Toralf Skarland. 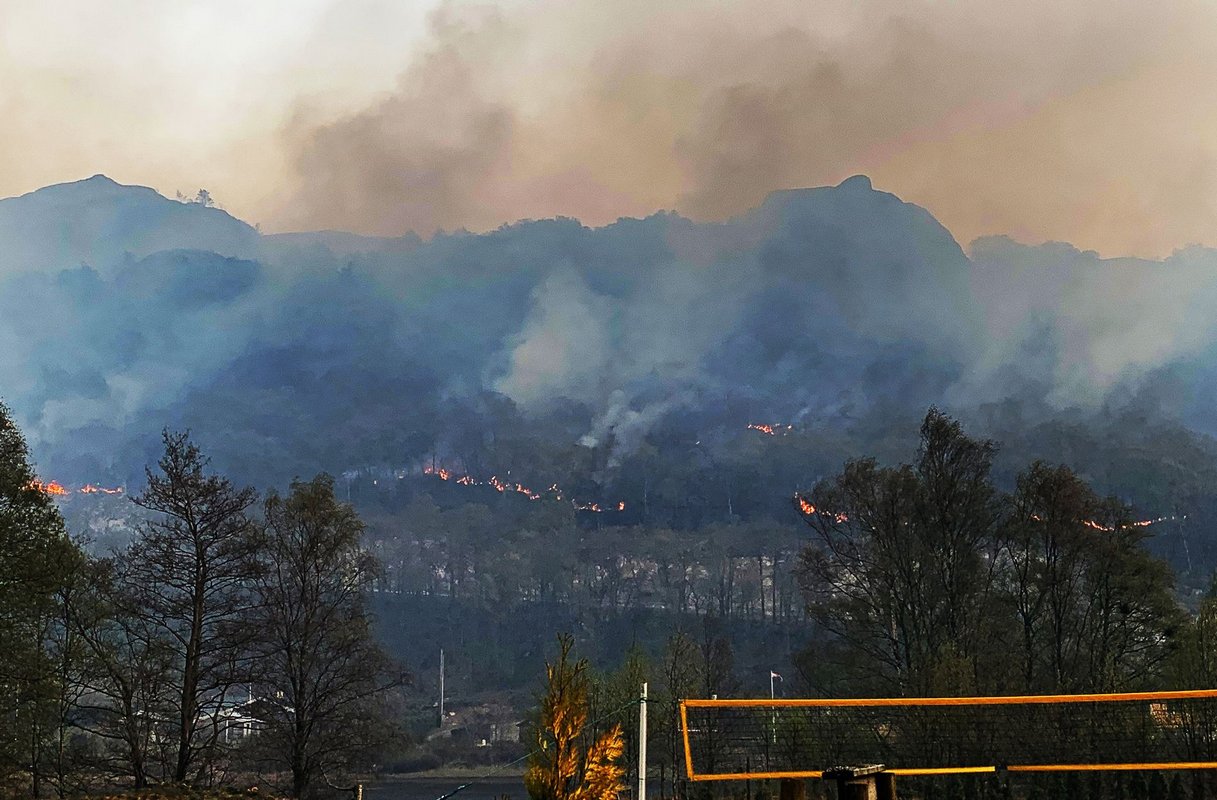 Police said there had been no reports of casualties but warned people to avoid the area.

The Red Cross, which helped with the evacuation effort, said the blaze was close to farms, huts, and small villages.

Fires were also burning around the town of Lyngdal in the neighboring area, it said.

Forest fires have broken out in several parts of northern Europe this month amid hot temperatures.

Dozens of people were evacuated from their homes when a blaze broke out in southern Sweden on Tuesday, but by Wednesday morning it was under control.

In Germany, crews battled fires over the Easter weekend and Germany’s weather service warned Germans on Wednesday to expect a drought this year at least as severe as in 2018 if the current dry weather continued.

“The starting conditions for vegetation in 2019 are in many areas of Germany clearly worse than last year,” said agriculture meteorologist Udo Busch.

A huge wildfire broke out in Moray, Scotland this week, which officials said would “take days” to put out.

The spate of forest fires in northern Europe contrasts with storms and torrential rain in the south.

A woman drowned when the car she was in was swept away by a flood in Tuscany on Tuesday, and a French tourist died in storms off Sardinia earlier this week.