France’s 83-76 victory was the first Olympic men’s basketball loss for Team USA since 2004.

The US men’s basketball team has been defeated 83-76 by France, losing at the Olympics for the first time since 2004 and for just the sixth time in the history of the tournament.

The French had upset the US men when they last met in the 2019 FIBA World Cup quarter-finals and they had their number again on Sunday on the first day of group play at the Saitama Super Arena near Japan’s capital Tokyo.

Jrue Holiday had 18 points for the US, Bam Adebayo had 12, Damian Lillard 11, and Kevin Durant had 10 for the Americans – who are just 2-3 in their games this summer, the first four of the exhibitions in Las Vegas that were not supposed to mean much. 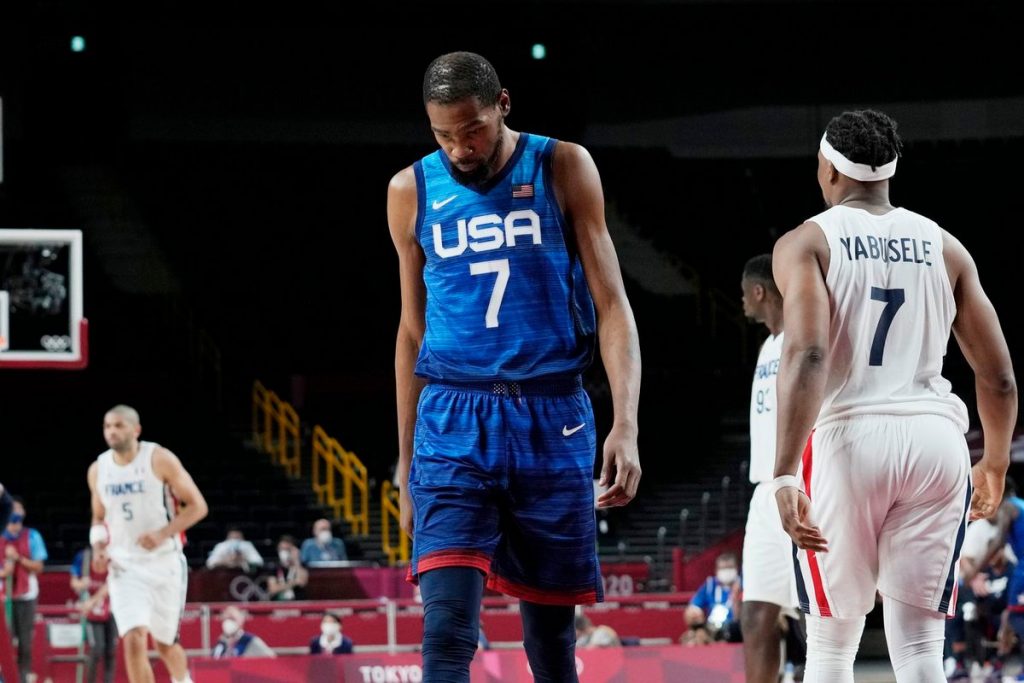 The Americans got out to a good start in the first half, leading 45-37 at the break on the back of their defensive energy, but were outscored 25-11 in a disastrous third-quarter with France taking the lead.

Team USA clawed back to briefly regain the lead in the fourth quarter, but the French would not go away and took their first-ever Olympic win over the United States.

The US is always the team to win at basketball – they now have a 138-6 record and have won gold 15 times since joining the Olympic program in 1936 – boasting more depth than any other country with their star-studded NBA line-ups.

But their recent form suggested reaching the top of the podium would not be as easy as in the past after they dropped two straight exhibition games this month including a surprise loss to world 22nd-ranked Nigeria. 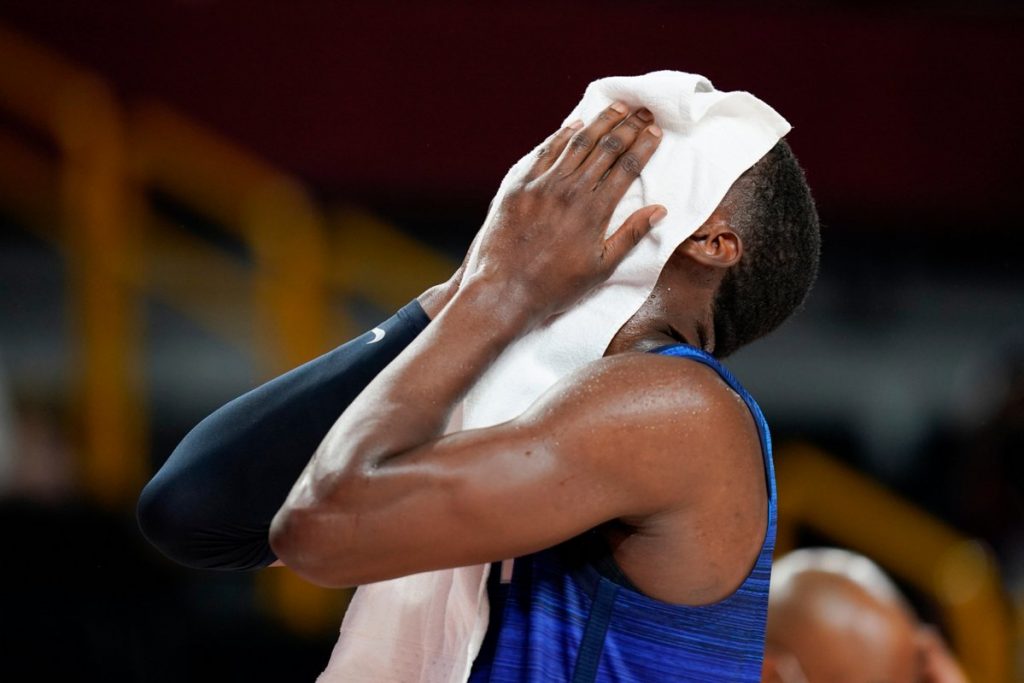 Preparations were also disrupted by the absence of players due to this year’s late NBA playoffs and late replacements due to COVID-19 tests and injury.

The loss does not knock the US out of medal contention, but it essentially eliminates the margin for error.

The Americans play Iran on Wednesday and then the Czech Republic on Saturday in the final two Group A games; win both of those, and the US will be in the quarterfinals.

Lose another one, and the Americans might not even finish in the top eight of this 12-team tournament.