Here’s what you need to know about the Tokyo Games: 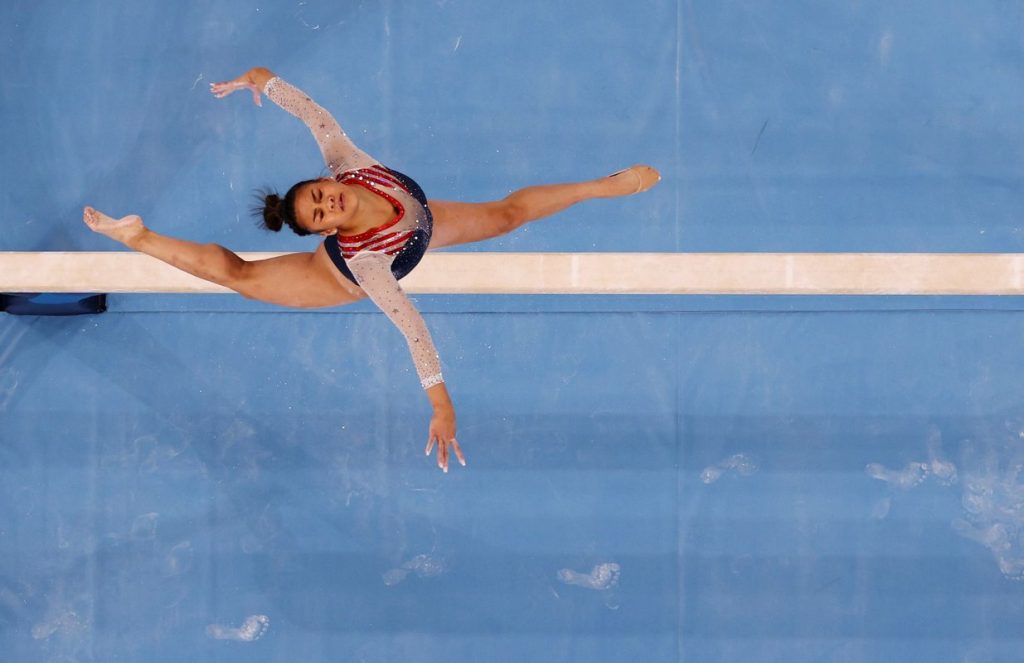 Lee, the youngest member of the U.S. team at 18, finished with a total of 57.433 points as reigning champion Simone Biles sat out the event citing mental health concerns.

“It’s crazy. It doesn’t feel like real life at all,” Lee told reporters after her victory.

The first Hmong-American to make it to the Olympics, the first thing that Lee did after her win was to call her family and cry with them in joy at a dream fulfilled. 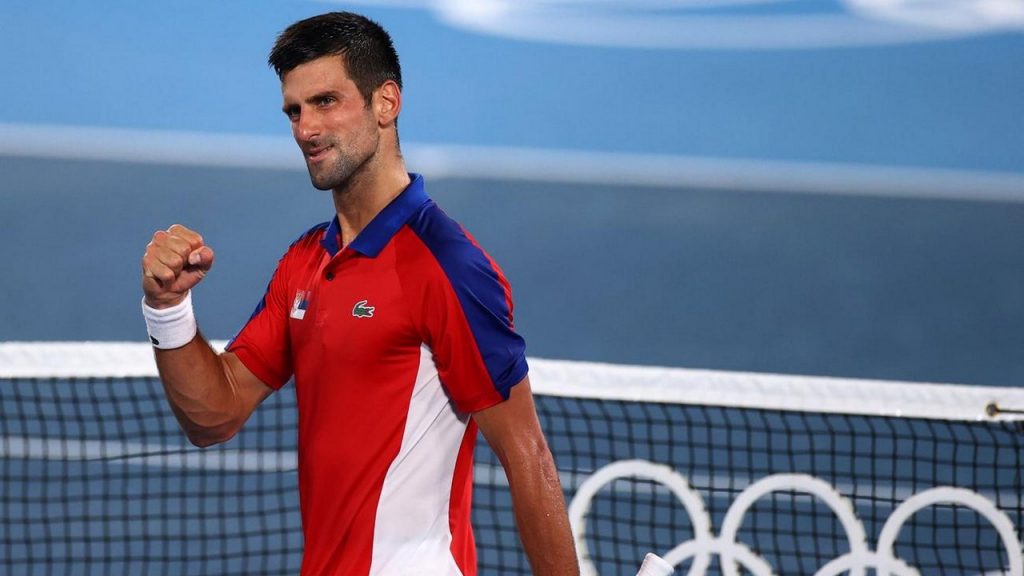 Novak Djokovic crushed local hope Kei Nishikori 6-2 6-0 to book a place in the semi-finals and stay on the hunt for a Golden Slam.

The Serb will take on Alexander Zverev in the semi-finals, with the German-sounding confident of halting the world number one’s charge to gold.

On the women’s side, Switzerland’s Belinda Bencic could become the first woman to clinch a singles tennis gold for her country after she booked a place in the Olympic final with a 7-6(2) 4-6 6-3 win over Kazakhstan’s Elena Rybakina. 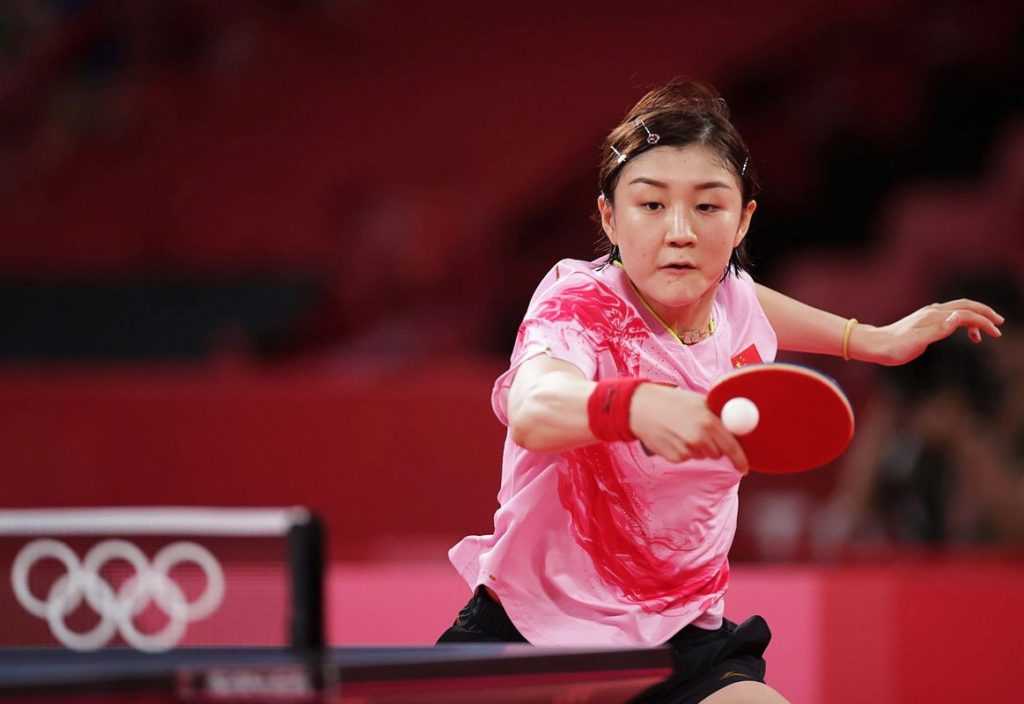 The win kept intact China’s incredible run of claiming every gold medal in the event in Olympic history.

The two players held the national flag together right after the match to commemorate their victory in front of the cameras.

“My next goal is winning the gold for the team event,” Chen said after the win. 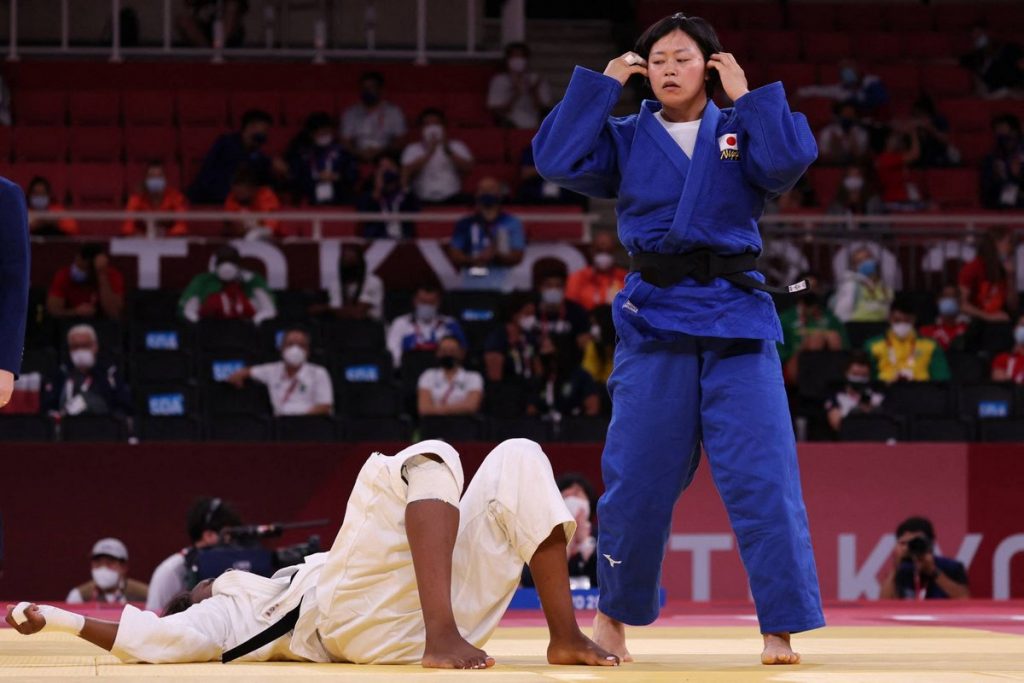 JAPAN PREVAIL IN THE JUDO FINALS

Japan’s Aaron Wolf and Shori Hamada secured gold in their respective judo finals, taking the hosts’ tally to eight golds from the sport in Tokyo and matching their haul from Athens in 2004. 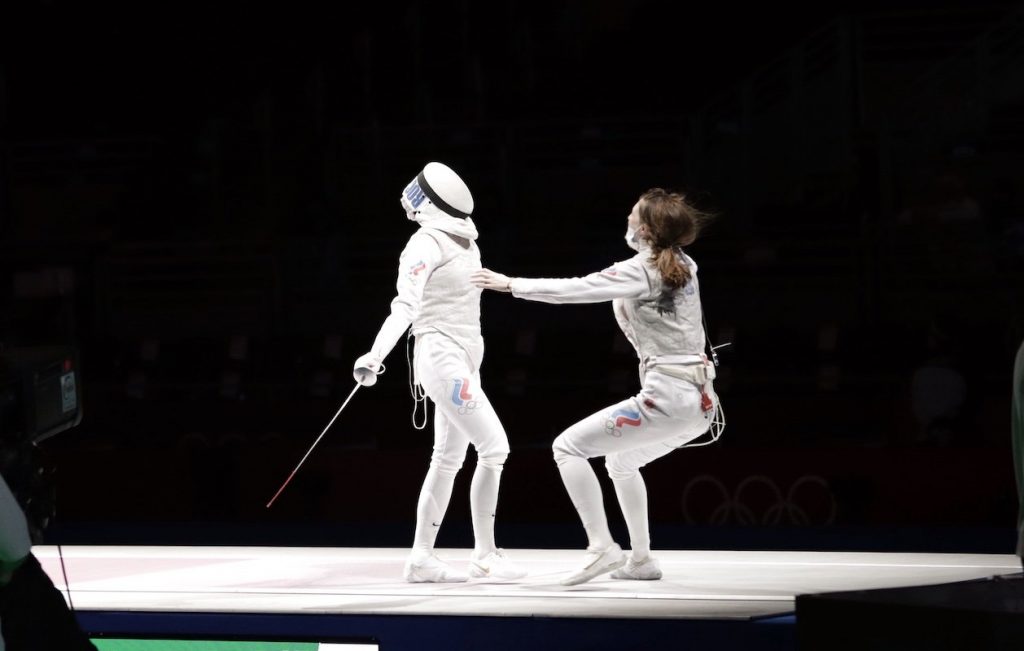 The Russian Olympic Committee (ROC) comfortably won gold in the women’s foil team event, getting the better of France in the finals.

The top-ranked Russians slowly opened up a convincing lead to eventually claim the win 45-34.

“It was a really tough bout, we knew it. I think we could have done a better start… when they have the lead it’s really difficult to move them and come back out of it,” said France’s Ysaora Thibus. 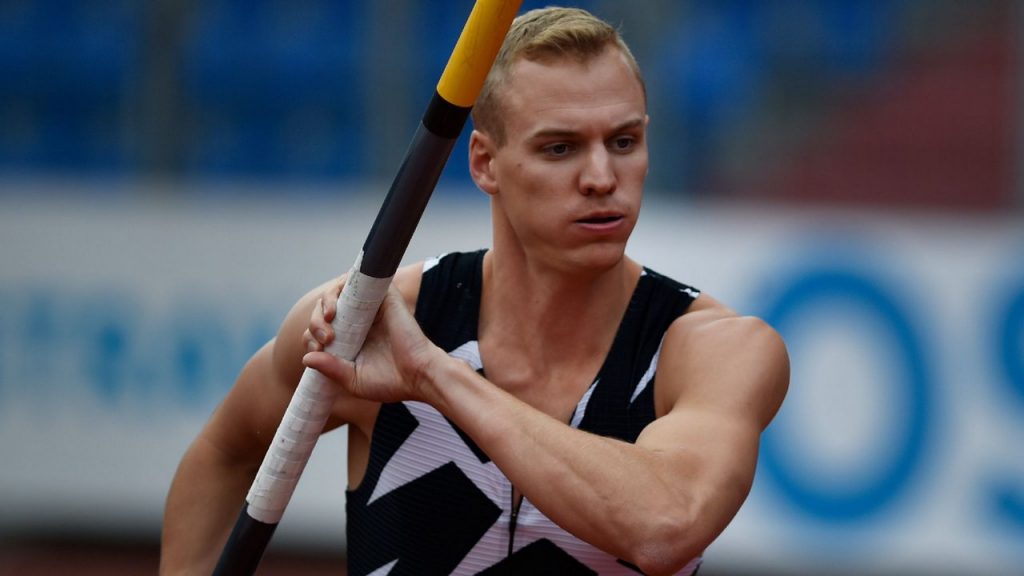 World champion pole vaulter Sam Kendricks’ pursuit for Tokyo glory came to an abrupt end on Thursday when he and an Argentinian rival tested positive for COVID-19.

U.S. Olympic and athletics officials said that Kendricks had tested positive and, in line with local rules, was transferred to a hotel for isolation. German Chiaraviglio of Argentina confirmed he was out of the Games as well and was isolated in a hotel.

“We are all pretty spooked out right now,” said Swedish world record holder Armand Duplantis, whose bar battle with the American was expected to be one of the highlights of track and field.

Duplantis said he had plans to meet up with Kendricks on Wednesday but was lucky to have missed them.

Barred from attending events, Japanese residents are celebrating their athletes’ success by queuing up for photos around an Olympic monument near the city’s National Stadium.

Host nation Japan is enjoying a stellar Games, tied with China for 15 gold medals atop the table. The United States was in third with 14 golds and 38 medals at the end of Thursday in Tokyo.

Banner headlines in the Japanese press and bursts of confetti on the internet hailed the ascent of 19-year-old gymnast Daiki Hashimoto, who became the youngest-ever Olympic champion in the men’s individual all-around event.

Some residents, such as Ryoko Yoshioka, believe Japan may have tasted bigger success if there wasn’t a ban on spectators.

“There are many Japanese supporters out there, and it surely brings power to our athletes,” said Yoshioka. 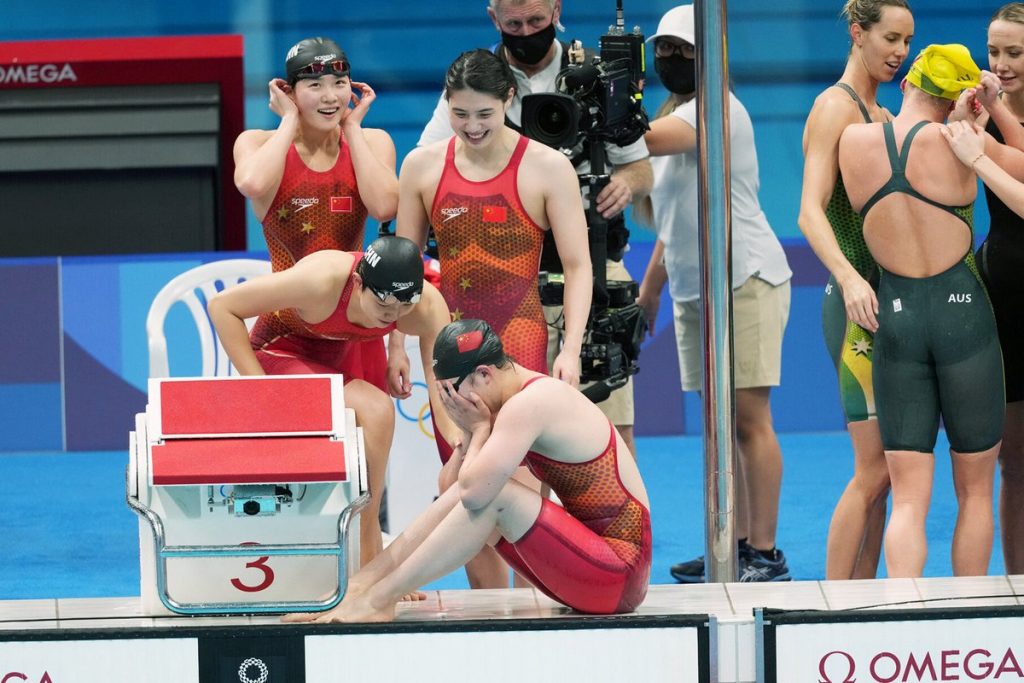 A RELAY FOR THE HISTORY BOOKS

China’s 4×200 freestyle relay team thought beating Canada to win bronze was a realistic target ahead of the women’s final. Winning gold in a world record time was beyond their wildest expectations.

“We didn’t expect to win the race because the Americans and Australians are so strong,” said Zhang Yufei, who only found out she had to swim in the relay after her Olympic record gold in the 200m butterfly an hour earlier.

With an early lead, final swimmer Li Bingjie fought off a surging Katie Ledecky to keep ahead of the United States and clock a winning time of 7:40.33, with hot favorites Australia third.

All three teams finished under the previous world mark of 7:41.50 set by the Australians in 2019.

Australia’s swimming coaches came out swinging in defence of their selection decisions after former Olympic gold medallists Ian Thorpe and Giaan Rooney, along with the Australian media, criticized the decision to choose a different team for the heats and the final, leaving out in-form teenager Mollie O’Callaghan.