US war vet drove into people thinking they were Muslim

A US combat veteran who fought in the war against Iraq will be charged with a hate crime after he deliberately drove into a group of pedestrians because he thought some of the people were Muslim, according to authorities. 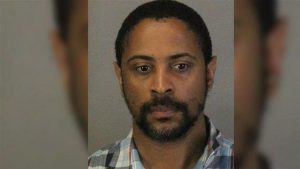 The most seriously injured is a 13-year-old girl of South Asian descent who is in a coma with severe brain trauma.

“New evidence shows that the defendant intentionally targeted the victims based on their race and his belief that they were of the Muslim faith,” Sunnyvale police chief Phan Ngo said Friday.

Peoples showed no remorse after his car plowed at high speed into the group who were walking on a crosswalk, Ngo said.

Peoples is being held without bail.

Peoples was on his way to a Bible class Tuesday in the Silicon Valley suburb of Sunnyvale when he told investigators he intentionally drove into a group of men, women and children, police said. The 13-year-old girl was hit along with her father and brother, who had minor injuries.

Jay Boyarsky, the Chief Assistant District Attorney for Santa Clara County, said the charges carry a sentence of life in prison. He said they will file hate crime allegations if warranted.

“There is very appalling and disturbing evidence that at least one or two of these victims were targeted based on the defendant’s view of what their race or religion may have been,” he said.

The former US Army sharpshooter experienced post-traumatic stress disorder (PTSD) after serving in Iraq, his family said. Peoples was deployed to Iraq in 2005 and 2006.