Opinion: Woman-tracking apps are one sign of Saudi Arabia’s vile regime. Others include crucifixion…

Credit where it’s due. The Saudi Absher app, just described as “inhuman” by two clearly terrified Saudi refugees, also has some fabulous user reviews on its supplier websites, Apple and Google Play.

To read the surge of five-star tributes placed after the app’s invaluable contribution to human enslavement was widely exposed earlier in the year is to understand that, aside from adding value to Apple and Google, Absher is a boon to harassed owners of subordinate women, at a time when more and more of this human property is, reportedly, becoming fractious.

How, even with support from the religious police and fellow patriarchs, did busy men ever juggle endless personal admin with the nonstop supervision of potentially difficult wives, sisters, daughters, and servants? Now, with surveillance at their fingertips, it’s goodbye to disobedience.

“Nobody outside Saudi Arabia could imagine where we were before Absher!” writes one reviewer, awarding five stars.

Other reviewers maintain that anything its critics have heard about tracking women on Absher is “all lies” and emphasize, lest anyone stumble across the evidence that woman-controlling is exactly what one section of the app is for, that foreigners don’t understand. “Those who are not from our country shouldn’t have the right to review this app since they have no idea what it is,” writes an Abdulkarim Khormi.

So it helps that runaway Saudi women such as the vulnerable al-Subaie sisters, Maha and Wafa, now seeking asylum from a hotel room in Georgia, and the earlier escapee Shahad al-Mohaimeed are also sufficiently familiar with digitized monitoring to be able to give outsiders some idea of what happens when big tech companies supply the tools to update sexual apartheid for the 21st century. 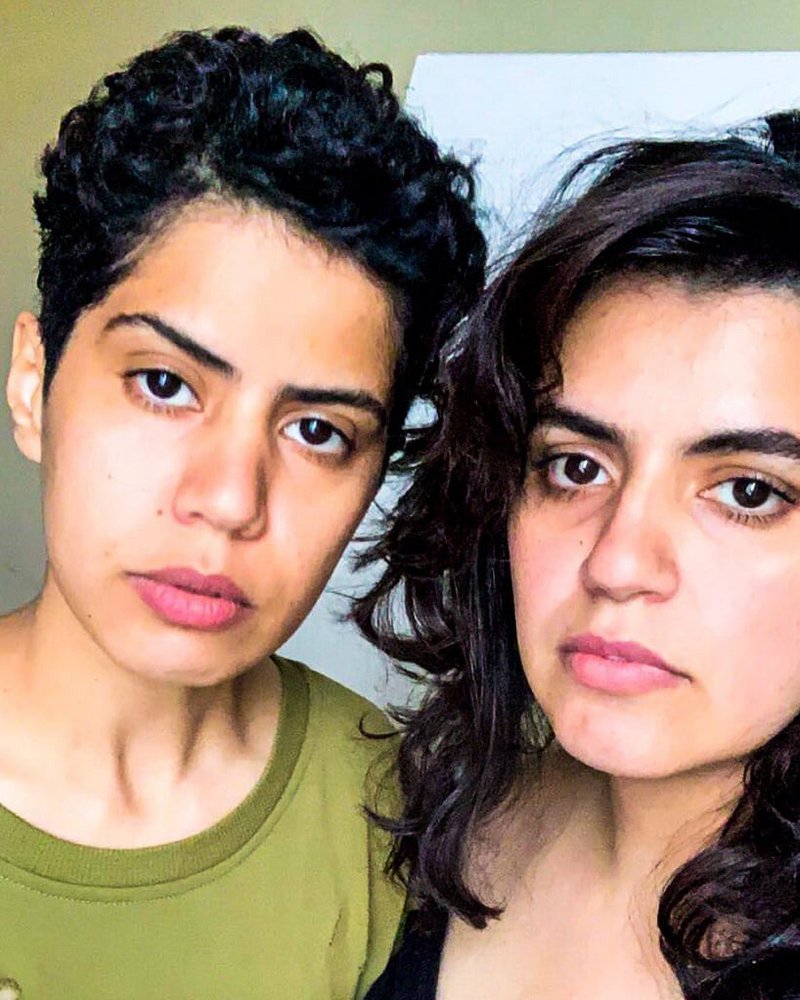 The Absher app has a section where men can, it appears with minimal effort, award or withdraws permission for their women or workers to travel abroad, cancel their tickets and register for SMS updates if unauthorized escape is attempted. “It gives men control over women,” protests Wafa al-Subaie. “They [Google and Apple] have to remove it.”

Usefully for Google and Apple, which have already disregarded similar demands from 14 members of the US Congress, the very fact that the al-Subaie sisters have – as we must hope – escaped the Saudi authorities (they took their father’s phone and accessed the app) has been cited in its defense. 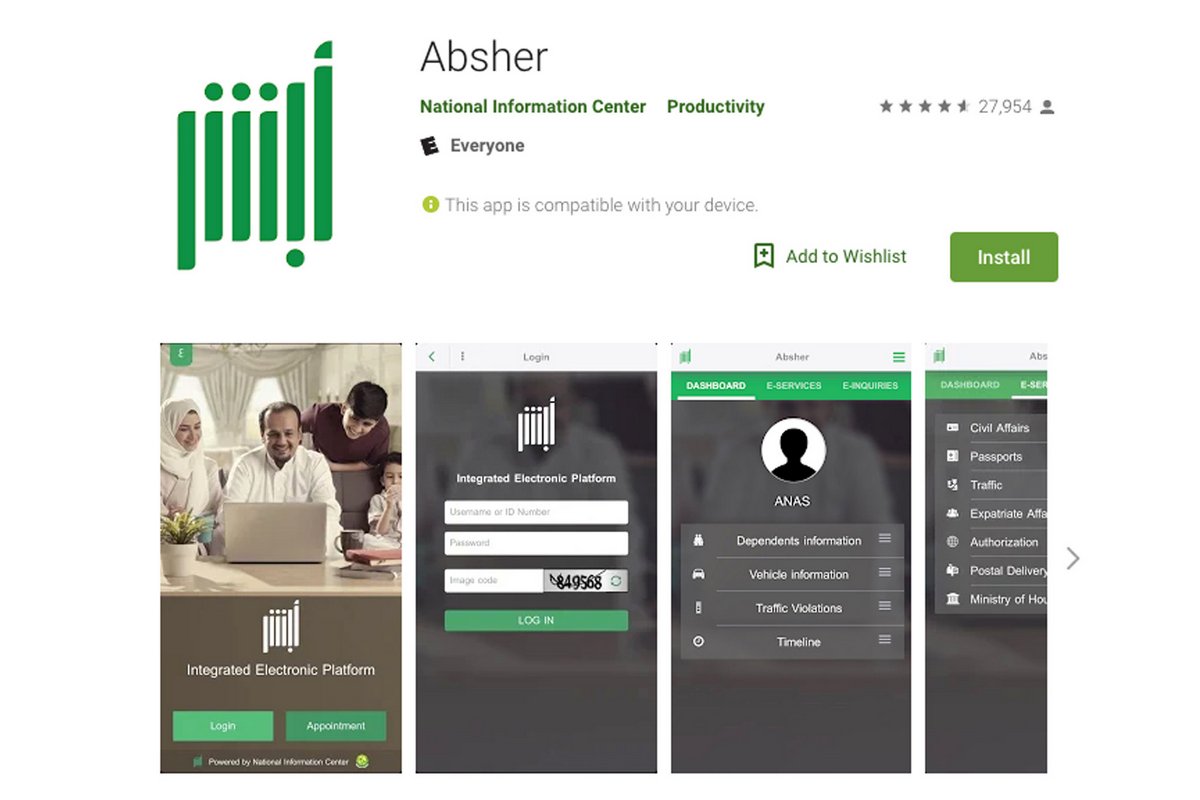 Mona Eltahawy, the Egyptian-American commentator and a fervent opponent of guardianship, has quoted a Saudi feminist who argues, persuasively to some, that the app, though “an abomination”, is nonetheless an improvement on the earlier system. “Those who want to flee can do so with app access, but could never before with actual paperwork and the previous bureaucratic system.”

But, leave aside Saudi women who can never dare, or afford to risk the unknowns of a successful escape, or the imprisonment or worse that could follow a failed one, and it remains hard to see how this design flaw (pending wider adoption of touch ID?) exonerates Google and Apple of complicity. Isn’t this technology as inherent, in its way, to the abuse as were once, say, scolds’ bridles or iron slave collars? A few years ago, Tiffany & Co hotly denied that it had ever made such collars, “nor have we ever made any jewelry in our 179-year history for this deplorable purpose”. It is not forgotten or universally forgiven that Brooks Brothers did, on the other hand, clothe enslaved domestics.

A conviction, as dear to some progressives as it evidently is to certain tech giants, that concepts such as equality of the sexes have no place in the lives of Saudi women such as the al-Subaie sisters perhaps explains why the anonymous feminist’s intervention retweeted by Eltahawy has been widely aired, along with tributes from Saudi men to an app that doubles as their means of persecution. You could easily get the impression from such reports that violently enforced male supremacy is not regarded, by many normally observant believers in universal human rights, as axiomatically barbarous nor its victims as thereby entitled to immediate asylum. The indifference of Google and Apple to the reputational impact of distressed Absher survivors tells the same story.

Why should Saudi Arabia comply with demands from US senators or Human Rights Watch when, for example, a journalist on the Columbia Journalism Review argues, better than a Saudi crown prince – or a UK one – ever could, that we shouldn’t judge?

The writer explains, for the benefit of people with overactive ethics but no access to Wikipedia: “The reason this wife-tracking feature is included in a government services app is that tracking your wife is legal in Saudi Arabia. A husband is his wife’s legal guardian and has control over her movement.”

Similarly, as he did not continue, crucifying and beheading prisoners is, as we have just been reminded, perfectly legal in Saudi Arabia. Maybe, if we could just understand a little more and judge a little less, there could be many more ways of monetizing cultural relativism beyond arms sales and techno-collusion with the male guardianship system?

Not that we’d need to remind the Spanish Football Federation (RFEF). While the al-Subaie sisters fear discovery by Saudi men, and the imprisonment and torture to which rebellious Saudi women have previously been subjected, the RFEF considers relocating its Super Cup, for six seasons, to Saudi Arabia, a country currently listed as the second worst in the world for women. Or, as the Scottish golfer Carly Booth preferred to describe it last week when she celebrated Saudi sponsorship on the day the country mass-executed 37 citizens: “Culturally, they are in a different place to some countries.”

It must soon become dismally obvious to young Saudi women, who risk everything to escape guardianship, just how much of the world they now inhabit is equally hospitable to allies of, or apologists for, those same guardians.

By Catherine Bennett which is an Observer columnist.