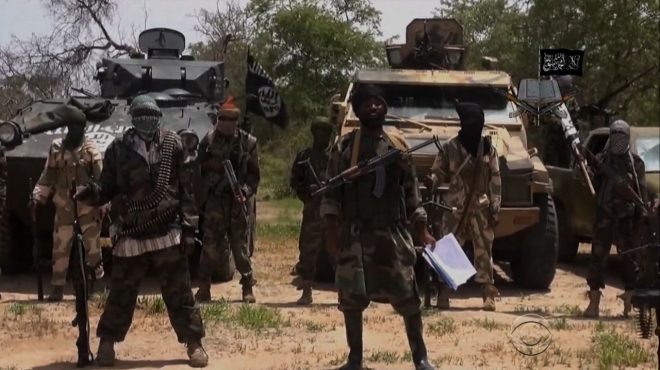 Boko Haram seizes a military base in Northeast Nigeria: sources

A column of fighters from the IS-affiliated Islamic State West Africa Province (ISWAP) in trucks and on motorcycles stormed into the base in the town of Magumeri, 50 kilometers (30 miles) from the Borno state capital Maiduguri late Friday.

The militants overran the base for several hours, hauling away weapons before they were forced out.

“The terrorists dislodged troops from the base after an intense fight,” a military officer said.

“We lost weapons and equipment to the terrorists but it is not clear if there was any human loss,” said the officer, who asked not to be named.

The terrorists arrived in the town around 5:00 pm (1600 GMT) and engaged troops in an hour-long fight before they “gained the upper hand and chased the troops away,” militia leader Gremah Kaka said.

“The insurgents overpowered the soldiers and forced them to flee into the bush,” he said.

Kaka said the terrorists stayed in the base for “more than four hours” before they were dislodged by reinforcements from another base in Gubio, 46 kilometers away.

Last week, the terrorists raided a military base in Mararrabar Kimba, 135 kilometers from Maiduguri, killing five troops and stealing weapons, while some 30 troops are listed as missing.

ISWAP has since July last year targeted dozens of military bases in attacks that saw the jihadists kill scores of soldiers.

The military authorities have always denied any casualties.

Boko Haram’s decade-long campaign of violence has killed 27,000 people and displaced around two million in Nigeria.

The conflict has also spilled over into neighboring Niger, Chad and Cameroon.