Cyclone Fani kills at least 33, hundreds of thousands are homeless.

Hundreds of thousands of people were left homeless after a cyclone packing winds of about 200 km per hour slammed into eastern India, ripping out tin roofs and destroying power and telecom lines, officials said on Sunday.

At least 33 people were killed after cyclone Fani struck the state of Odisha on Friday but a million people emerged unscathed after they moved into storm shelter ahead of landfall.

The death toll could have been much greater if not for the massive evacuation in the days before the storm made landfall, officials said. 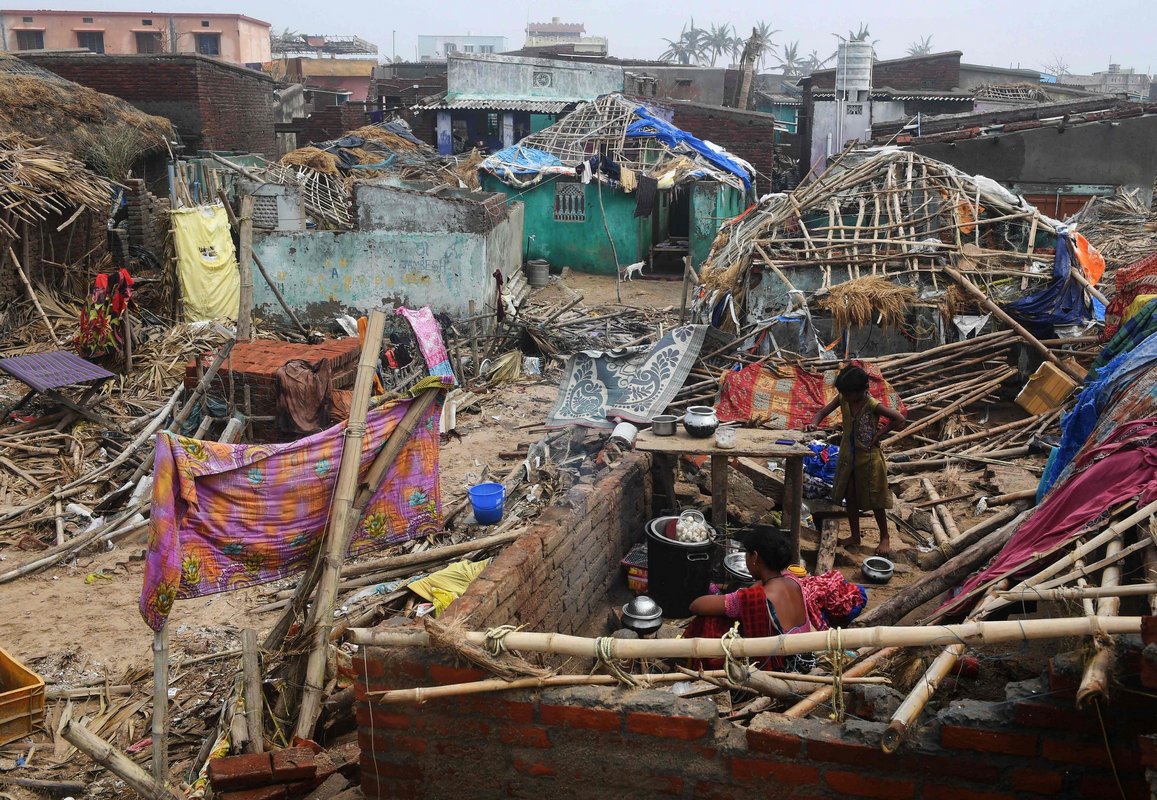 The seaside temple town of Puri, which lay directly in the path of Fani, suffered extensive damage as winds gusting up to 200 kph (124 mph) tore off tin roofs, snapped power lines, and uprooted trees on Friday.

“The cyclone has killed 21 people in Puri and about 300 people are injured,” Brajabandhu Dash, medical officer at Puri, told Reuters. Earlier, 12 deaths were reported from other parts of the state.

The depression over the Western Meghalaya and adjoining Bangladesh has weakened and will become insignificant in the next 24 hours, India’s met department said on Twitter early on Sunday.

According to preliminary reports, Fani damaged power infrastructure worth more than 12 billion rupees ($173.7 million) and the authorities are trying to restore electricity supply for emergency services, another official said.

More than 60,000 people including officials and volunteers were involved in relief operations, said special relief commissioner Bishnupada Sethi, who monitored the evacuation.

The relief effort used sirens, loudspeakers and sent more than 20 million mobile messages to the targeted people, he said.

The cyclone season in the Bay of Bengal can last from April to December, and storms can be deadly. In 1999, a super-cyclone battered the coast of Odisha for 30 hours, killing 10,000 people.

Relief agencies were trying to provide food and medicine to victims in other parts of the state, while hundreds of thousands were still not accessible due to roadblocks and disruption in the communication network, officials said.

The town of Puri was littered with tree branches, the debris of damaged houses and broken glass. Relief teams were trying to clear the roads.

“There was no wind at night (before landfall). We thought nothing will happen,” P. Chittmma, 45, told Reuters while laying on a bed at a government hospital, showing her fractured leg.