US, Partner Navies Sail Together in the South China Sea.

In a fresh show of naval force in the contested South China Sea, a U.S. guided missile destroyer conducted drills with a Japanese aircraft carrier, two Indian naval ships, and a Philippine patrol vessel in the waterway claimed by China, the U.S. Navy said on Thursday.

While similar exercises have been held in the South China Sea in the past, the combined display by four countries represents a fresh challenge to Beijing as U.S. President Donald Trump threatens to hike tariffs on $200 billion worth of Chinese goods.

“Professional engagements with our allies, partners, and friends in the region are opportunities to build upon our existing, strong relationships,” Commander Andrew J. Klug, the captain of the U.S. destroyer, the USS William P. Lawrence, said in a statement.

Japan sent one of its two big aircraft carriers, the Izumo, while India deployed a destroyer, the INS Kolkata, and a tanker, the INS Shakti. 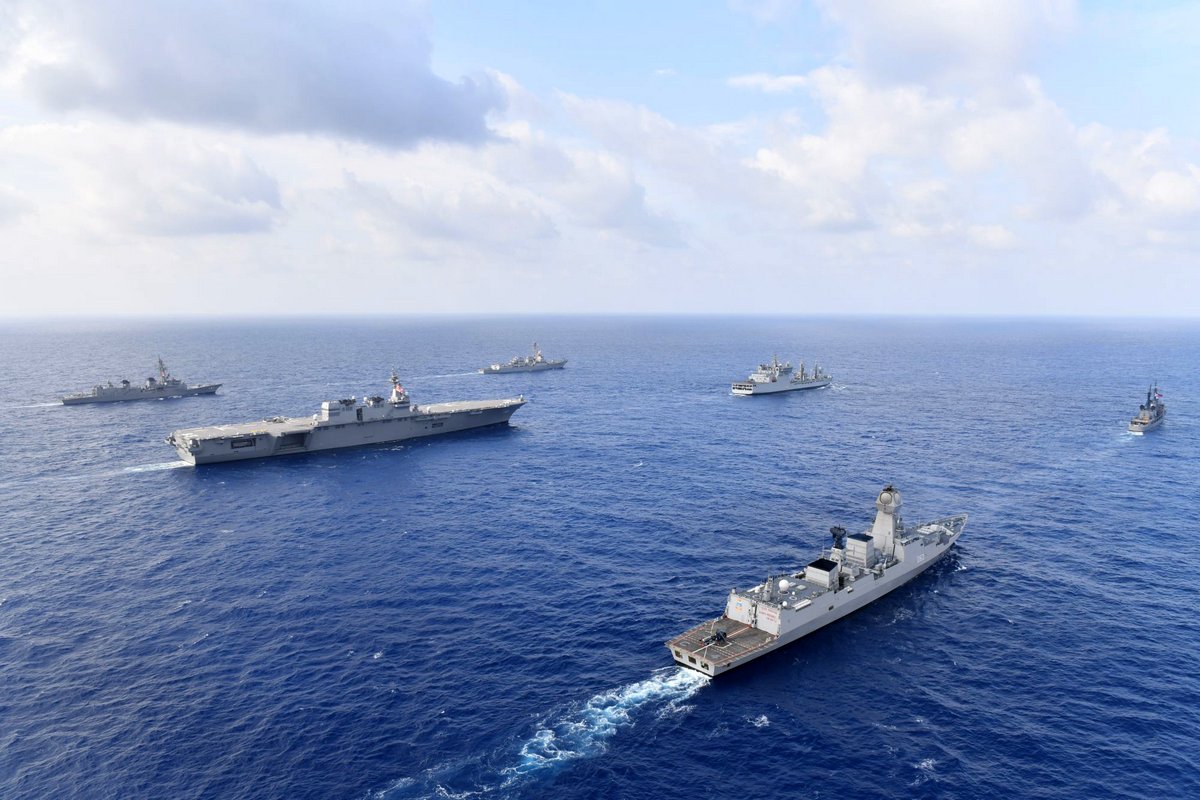 The week of joint drills, which ended Wednesday, comes after two other U.S. warships sailed near islands in the region claimed by China on Monday, prompting a protest from Beijing, which said the action infringed its sovereignty.

The U.S. Navy says it conducts such freedom of navigation operations in international waters around the world, even in seas claimed by its allies, without political considerations.

China claims almost all of the strategic South China Sea with Brunei, Indonesia, Malaysia, the Philippines, Taiwan and Vietnam pushing competing for claims to parts of the maritime region. The United States, Japan, and India do not have any territorial claims there.

In a separate challenge to Beijing in Asian waters, the USS William P. Lawrence and another U.S. destroyer sailed through the Taiwan Strait in April separating Taiwan, which Beijing views as a rogue province, from the Chinese mainland.