Saudi Arabia says its oil tankers among those hit off UAE coast.

Saudi Arabia said on Monday that two of its oil tankers were among those attacked off the coast of the United Arab Emirates and said it was an attempt to undermine the security of crude supplies amid tensions between the United States and Iran.

The UAE said on Sunday that four commercial vessels were sabotaged near Fujairah emirate, one of the world’s largest bunkering hubs lying just outside the Strait of Hormuz, but did not describe the nature of the attack or say who was behind it.

The UAE had not given the nationalities or other details about the ownership of the four vessels. Riyadh has identified two of them as Saudi and a Norwegian company has said it owned another. Details of the fourth ship were not immediately clear.

Iran, which is embroiled in an escalating war of words with the United States over sanctions and the U.S. military’s presence in the region, moved to distance itself on Monday.

Iran’s Foreign Ministry called the incidents “worrisome and dreadful” and asked for an investigation into the matter.

A senior Iranian lawmaker said, “saboteurs from a third country” could be behind it, after saying on Sunday the incident showed the security of Gulf states was fragile.

Highlighting international concerns, Britain’s Foreign Minister Jeremy Hunt warned of the risks of “a conflict happening by accident” with an unintended escalation between Washington and Tehran over an unraveling nuclear deal.

Washington withdrew last year from a 2015 pact between Iran and global powers aimed at reining in Tehran’s nuclear plans. Since then, the United States has ratcheted up sanctions on Iran, saying it wanted to reduce its oil exports to zero.

A fifth of global oil consumption passes through the Strait of Hormuz from the Middle East crude producers to major markets in Asia, Europe, North America and beyond. The narrow waterway separates Iran from the Arabian Peninsula. 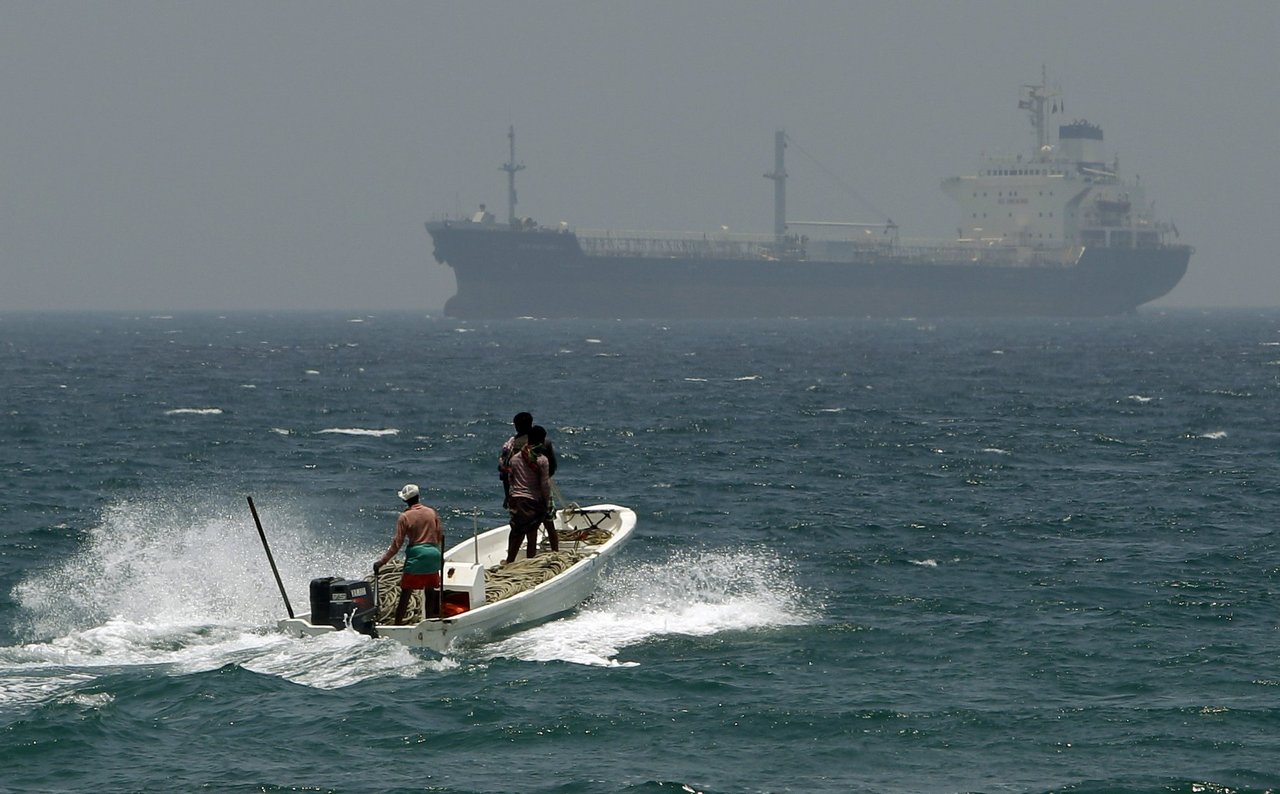 Saudi Energy Minister Khalid al-Falih said in a statement that one of the two Saudi vessels attacked was on its way to being loaded with Saudi crude from Ras Tanura port for delivery to state-owned Saudi Aramco’s customers in the United States.

The attack did not cause any casualties or an oil spill but caused significant damage to the vessels’ structures, he said.

Trading and shipping sources identified the Saudi vessels as very large crude carrier (VLCC) tanker Amjad and crude tanker Al Marzoqah, both owned by Saudi shipping firm Bahri, which did not respond to a Reuters request for comment.

Thome Ship Management also said that Norwegian-registered product tanker MT Andrea Victory was “struck by an unknown object on the waterline” that caused a hole in the hull.

The UAE Foreign Ministry had said there were no casualties and the Fujairah port operations were normal. An investigation was launched in coordination with international authorities, it said, calling on global powers to prevent any parties trying to harm maritime safety and security.

Gulf stock markets fell on Monday, with the index in Dubai, the region’s trade and business hub, down 2.6% and the Saudi index down over 2%.

Sunni Muslim allies Saudi Arabia and the UAE have backed U.S. sanctions against Shi’ite Iran, a fellow OPEC producer but regional foe. After the United States ended all sanctions waivers that had allowed some nations to continue importing Iranian crude, Washington said Riyadh and Abu Dhabi would help compensate for any shortage in oil supply.

Falih said the attack aimed to undermine maritime freedom and the security of oil supplies to consumers worldwide.

The U.S. Maritime Administration said in an advisory on Sunday that incidents off Fujairah, one of the seven emirates that make up the UAE, had not been confirmed and urged caution.

The Maritime Administration had said earlier this month that U.S. commercial ships including oil tankers sailing through Middle East waterways could be targeted by Iran in one of the threats to U.S. interests posed by Tehran.

Washington said it was sending a U.S. aircraft carrier and other forces to the Middle East due to what it said were Iranian threats, while Tehran has called the U.S. military presence “a target” rather than a threat. Iran has said it would not allow its oil exports to be halted.