Tesla’s “Autopilot” system was engaged by a driver who was killed in a March crash in Florida, according to an initial accident report released Thursday.

Preliminary data showed the Tesla driver engaged “Autopilot” about 10 seconds before the crash and that the device was active at the time the vehicle was struck by a truck-tractor semitrailer, the National Transportation Safety Board said.

The accident, the latest involving Autopilot, left the Tesla driver, a 50-year-old male dead and the combination vehicle driver uninjured. 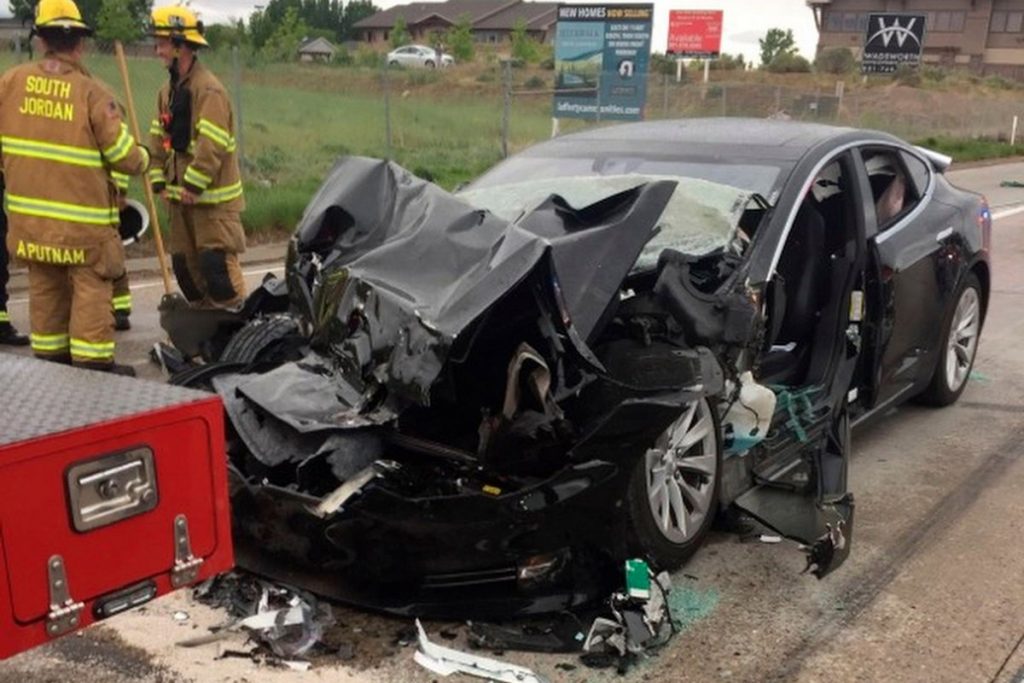 The report did not conclude who was at fault for the crash.

Tesla’s website describes Autopilot as an “advanced driver system” that enhances safety with external cameras, sensors and radar but demands a “fully attentive driver” at all times.

The accident occurred after the Tesla careened into the combination vehicle on a southbound highway, which was slowing as it shifted highway lanes in preparation to turn into the northbound lane.

The Tesla was traveling about 68 miles (110 kilometers) per hour, 13 miles above the speed limit, the NTSB said.

“From less than eight seconds before the crash to the time of impact, the vehicle did not detect the driver’s hands on the steering wheel,” the NTSB said of the Tesla, adding that there was no evidence that Autopilot “executed evasive measures.”

“Tesla drivers have logged more than one billion miles with Autopilot engaged and our data shows that, when used properly by an attentive driver who is prepared to take control at all times, drivers supported by Autopilot are safer than those operating without assistance,” a company spokeswoman said.