One of Australia’s most popular PM dies.

Bob Hawke, one of Australia’s longest-serving Prime Ministers and a champion of the trade union movement, has died peacefully at the age of 89.

Known affectionately by his nickname, “Hawkie” was Australia’s prime minister between 1983 and 1991, winning four elections and becoming the country’s third longest-tenured leader.

His policies reshaped Australian society, while his vibrant character and sense of humor made him one of the nation’s most admired figures.

His wife, Blanche D’Alpuget, released a statement on Thursday describing her husband as “the greatest Australian of the post-war era.”

A Rhodes scholar who graduated from Oxford University in 1956, Hawke quickly rose through the ranks of Australia’s trade union movement to become the President of the Australian Council of Trade Unions in 1970, according to the Museum of Australian Democracy. 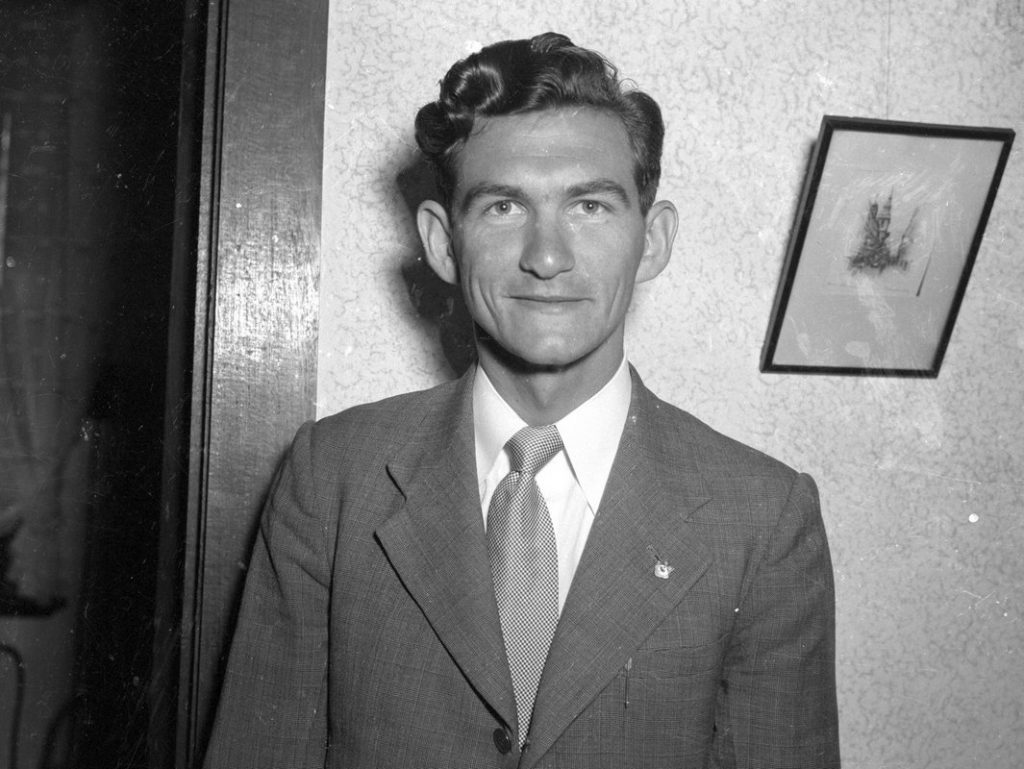 In 1983, after serving in parliament for just three years, he became Australia’s Prime Minister in a landslide election victory.

That success revived Hawke’s Labor Party, ushering in a sustained period of rule that lasted until 1996. Hawke served as Prime Minister for almost nine of those 13 years, winning three more polls in the process and cementing his legacy as the party’s longest-serving and most electorally successful leader.

In a political landscape that sees regular elections and frequent leadership contests, Hawke’s longevity can be matched only by Liberal Prime Ministers Robert Menzies and John Howard.

But Hawke was as famous for his colorful personality as his political achievements, his bouffant hair and cheeky humor ensuring that he has endured in the country’s affections long after his career came to a close.

“Bob Hawke was a great Australian who led and served our country with passion, courage, and intellectual horsepower that made our country stronger,” the country’s current leader Scott Morrison said.

Hawke was a major economic reformer who, alongside his then-treasurer Paul Keating, liberalized the Australian economy and made the landmark decision to float the Australian dollar.

He also brought in universal healthcare for all Australian citizens, establishing the Medicare system in 1984.

His wife’s statement listed several of his policy achievements, most notably a role in “ending apartheid in South Africa, and his successful international campaign to protect Antarctica from mining.” 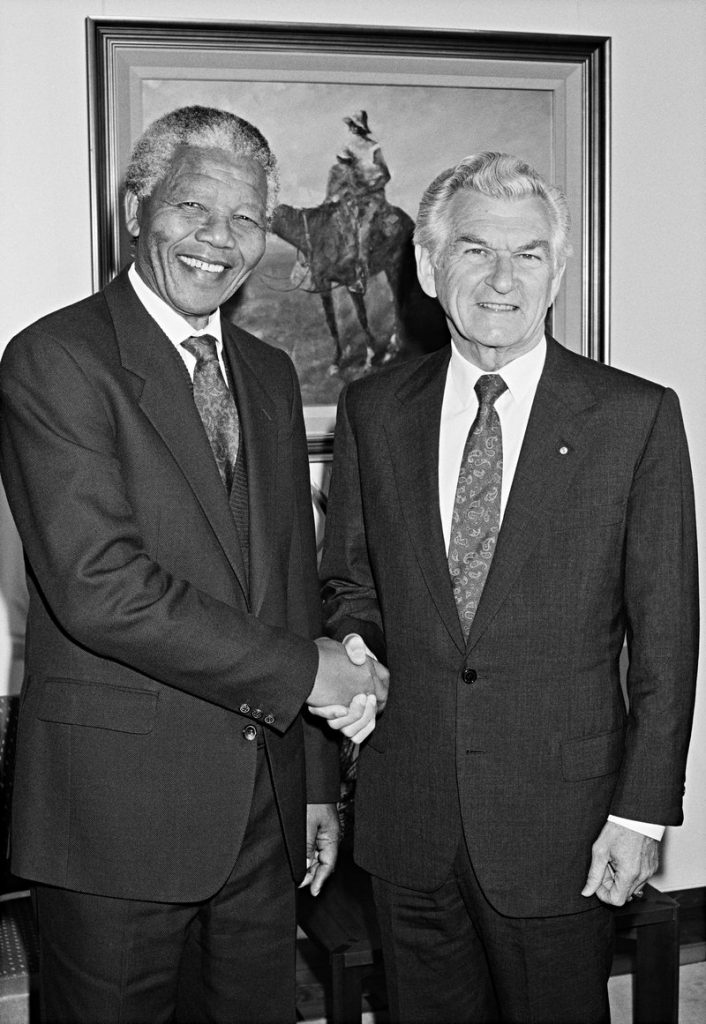 Internationally, Hawke’s premiership cultivated an era of stronger relations with Asia and the United States. He established the Asia-Pacific Economic Cooperation (APEC) forum, hosting its first annual summit in Canberra in 1989.

He placed an emphasis on Aboriginal affairs during his years in office, and briefly re-entered the political fray in 2008 to witness a long-awaited apology to the Aboriginal community, made by then-Prime Minister Kevin Rudd, for years of mistreatment.

In an enduring and popular move in 1984, he pushed through legislation to make “Advance Australia Fair” the country’s national anthem, replacing “God Save the Queen.”

Keating, Hawke’s right-hand man through nine years of economic reform, ultimately took his job as leader of the Labor Party in a 1991 coup.

Hawke’s death predictably dominates the front pages of Australian newspapers on Friday morning, with the Sydney Morning Herald calling him “The fearless reformer.” 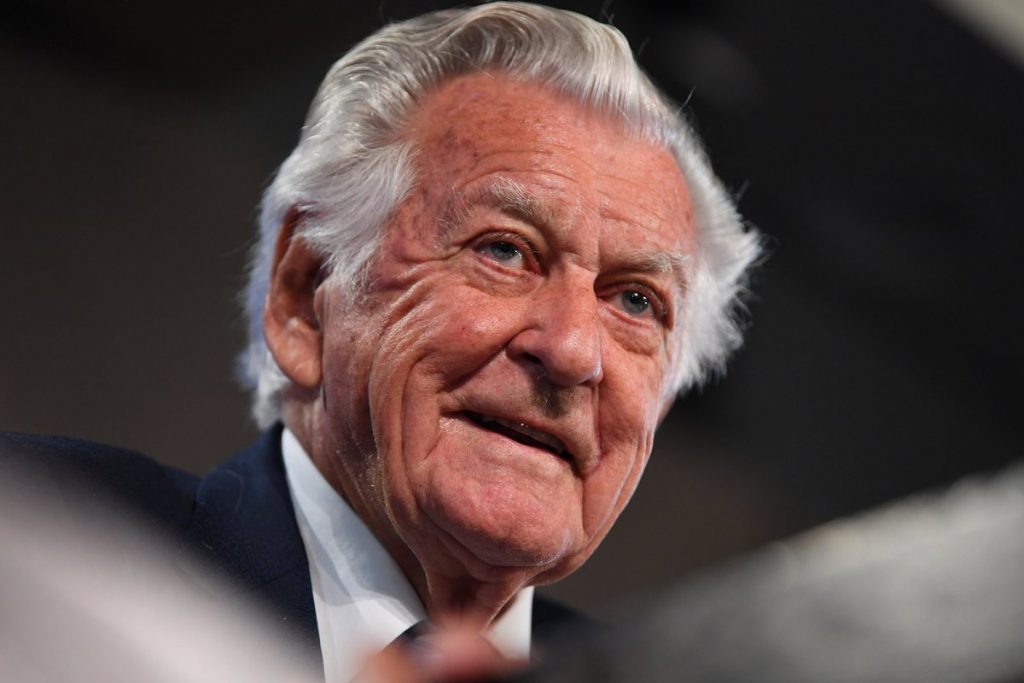 Former prime minister Kevin Rudd described Hawke as “a giant of Australian politics,” while actor and Australian resident Russell Crowe said he was “a great man who never lost his humility.”