An explosion struck a mosque in northern Afghanistan during Friday prayers, police said, with eyewitnesses reporting dozens of casualties.

“At the moment we have no details about the type of the blast or about casualties,” he said.

Images posted to social media which could not be immediately verified showed holes blown through the walls of the mosque.

A nurse at a nearby district hospital told AFP over the phone that between 30 to 40 casualties had been admitted from the blast.

“The people had gathered to worship in the mosque, and a blast happened,” an eyewitness also told AFP over the phone. “There were a lot of casualties, around 30 to 40 people were injured and killed.”

There was no official confirmation of the casualties from the incident.

It comes a day after ISIS claimed a bomb attack at a Shia mosque in the northern city of Mazar-i-Sharif that killed at least 12 worshipers and left 58 people injured.

They also claimed a separate attack in Kunduz city, which killed four people and wounded 18. 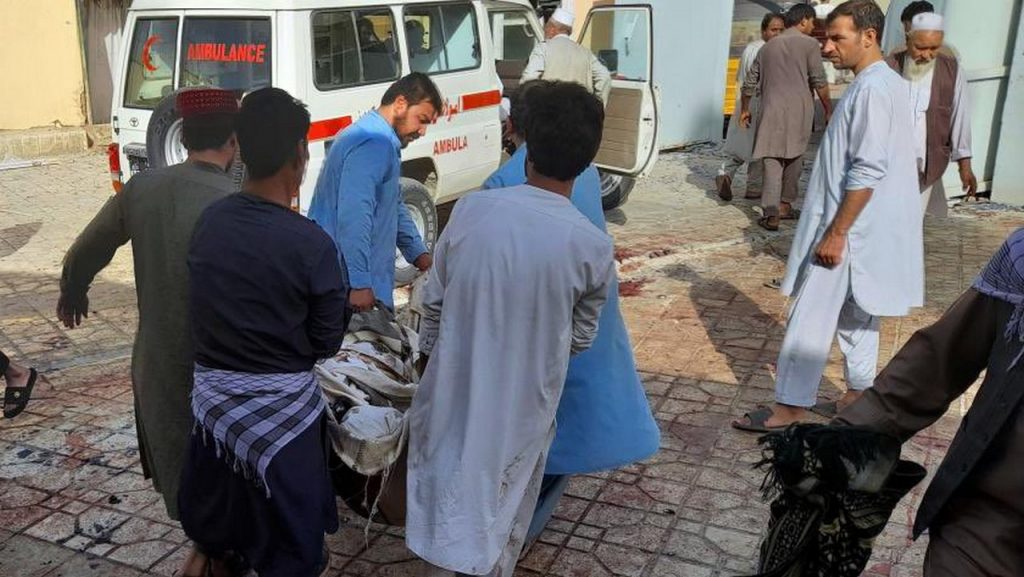 Earlier on Friday, the Taliban authorities said they had arrested the ISIS “mastermind” of Thursday’s bombing at the mosque in Mazar-i-Sharif.

Since Taliban fighters seized control of Afghanistan last year after ousting the US-backed government, the number of bombings has fallen but the extremist and Sunni ISIS has continued with attacks – often against Shia targets.

Taliban officials insist their forces have defeated ISIS, but analysts say the extremist group is a key security challenge.