Sudan’s military ruler offered to resume talks with opposition groups without conditions on Wednesday, in an apparent olive branch two days after security forces mounted a deadly raid on a protest camp in central Khartoum.

Lieutenant General Abdel Fattah al-Burhan’s offer marked a step-back from the army’s decision to cancel all deals with the opposition after the raid – and came as international criticism of the violence mounted.

At least 60 people died in the operation and the subsequent unrest, medics linked to the opposition said on Wednesday – the worst outbreak of violence since the army ousted president Omar al-Bashir in April following months of mass protests against his rule.

There was no immediate reaction to the military statement from Sudan’s opposition and protest groups, who have kept up their demonstrations since Bashir’s overthrow, pressing the army to hand over power to a civilian government.

The raid marked a pivotal moment in the development of post-Bashir Sudan – a rift between the powerful military leaders and the opposition groups who had been haggling for weeks over who should lead the transition to democracy.

Several streets in other parts of the capital were blocked by demonstrators on Wednesday. Gunfire rang out in the distance, but there were no immediate reports on new clashes. 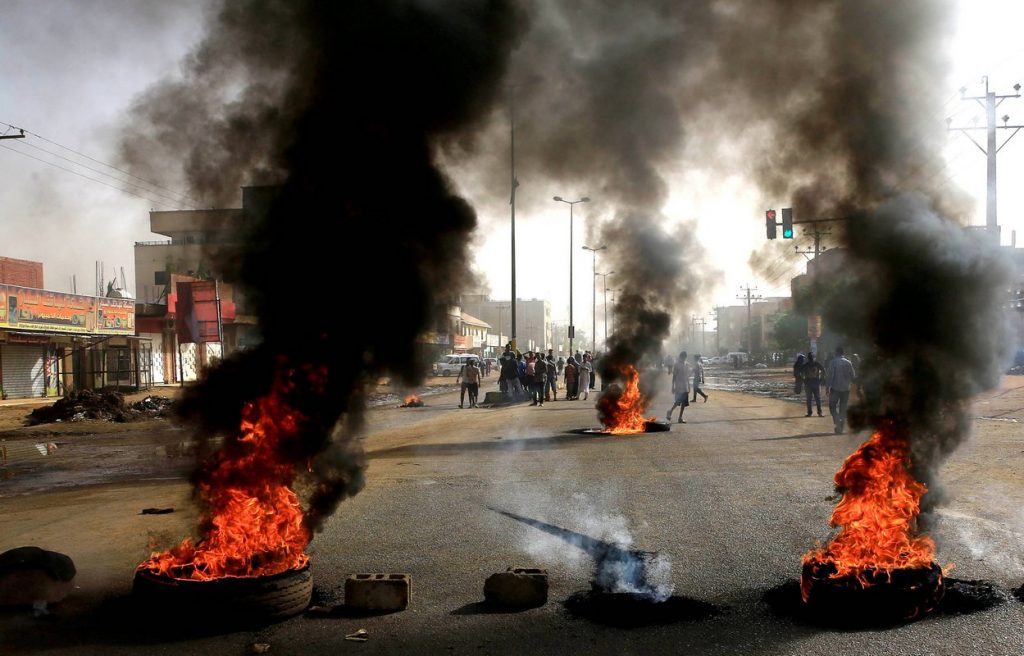 Most shops were shuttered on what would usually have been a bustling Muslim Eid al-Fitr holiday, with minor protests erupting outside mosques after Eid prayers.

He praised the uprising’s achievements and reiterated that he was ready to hand over to an elected government.

The military has denied it was trying to clear the sit-in protest outside the defense ministry on Monday. Its spokesman said forces moved in to deal with disruptive groups nearby and the violence spread from there.

Sudan has been rocked by unrest since December when anger over rising bread prices and cash shortages broke into sustained protests that culminated in the armed forces removing Bashir after three decades in office.

In the build-up to the raid, talks had ground to a halt between the Transitional Military Council and the main opposition alliance – the Declaration of Freedom and Change Forces (DFCF) – amid deep differences over who would lead a transition to democracy.

Omar al-Degair, a prominent DFCF leader, said on Tuesday the two sides had been close to reaching a final deal on a plan that would have involved a 50-50 military-civilian split on a council to prepare the transition and a rotating presidency.

The alliance has already rejected the military’s offer, made since the raid, of elections in coming months

The main protest organizers, the Sudanese Professionals Association, called for an international committee to investigate the deaths in what it branded a “massacre”.