China launches its 1st space rocket from a sea platform.

China has conducted a pioneering launch of a space rocket from a cargo ship, becoming “the first nation” to fully own and operate a floating launch platform.

A Long March 11 carrier rocket lifted off from the pad installed on a civilian ship in the Yellow Sea on Wednesday, the country’s National Space Administration announced.

The launch vehicle successfully delivered five commercial satellites into Earth’s orbit as well as two scientific modules, which are expected to monitor winds on the ocean surface and to forecast typhoons and other extreme weather conditions.

The 20.8 meters-long carrier rocket –featuring a lift-off weight of 58 tons– is capable of delivering up to 350 kg cargo. It made its maiden flight in 2015 and, since then, it has been launched five more times from the Jiuquan Satellite Launch Center in northwestern China. 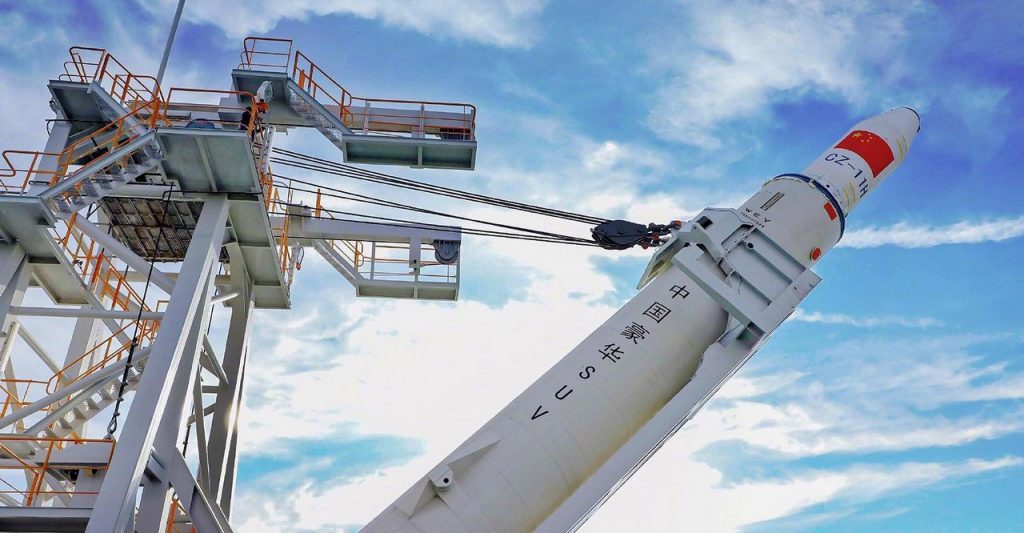 Sea launches are more cost-efficient and flexible than conventional ones, Chinese space authorities said in a statement and would provide better aerospace commercial services for countries involved in the Belt and Road Initiative – Beijing’s plan to boost the global economy.

China’s pioneering seaborne space launcher has also become the first of its kind since 2014, the year that a Russian-Ukrainian Zenit-3SL rocket took off from a floating launch pad in the Pacific Ocean.

That flight was operated by Sea Launch, a multinational project funded by companies from Norway, Russia, Ukraine, and the United States. Since its establishment in the late 1990s, the joint venture conducted over 30 seaborne launches but halted operations five years ago, amid tensions between Moscow and Kiev.

Meanwhile, Chinese officials claim that their launch platform and rockets are for the first time in the world entirely owned by one state, which means the project would not be affected by any international disputes.