D-Day 75th Anniversary: What was and What happened.

Donald Trump is set to join Queen Elizabeth II and 15 other heads of state in the British city of Portsmouth Wednesday to commemorate the 75th anniversary of D-Day; the largest joint military operation ever was undertaken.

World leaders, royalty and veterans will gather at the Portsmouth Naval Memorial to mark the Normandy landings, which were the starting point for the liberation of Nazi-occupied Europe during World War II.

The commemoration, which will be attended by more than 300 veterans, will include an hour-long production explaining the events of D-Day, including theatrical performances, and a fly-past by Spitfires and the Red Arrows aerobatics display team.

Trump and UK Prime Minister Theresa May will be joined by the leaders of France, Germany, Canada, Australia, New Zealand, Belgium, the Czech Republic, Greece, Luxembourg, the Netherlands, Norway, Poland, Slovakia and Denmark at the event.

The Queen and May will address the crowd, and May will read from a letter written by Captain Norman Skinner, of the Royal Army Service Corps, to his wife in 1944 just days before he was killed during the D-Day landings. 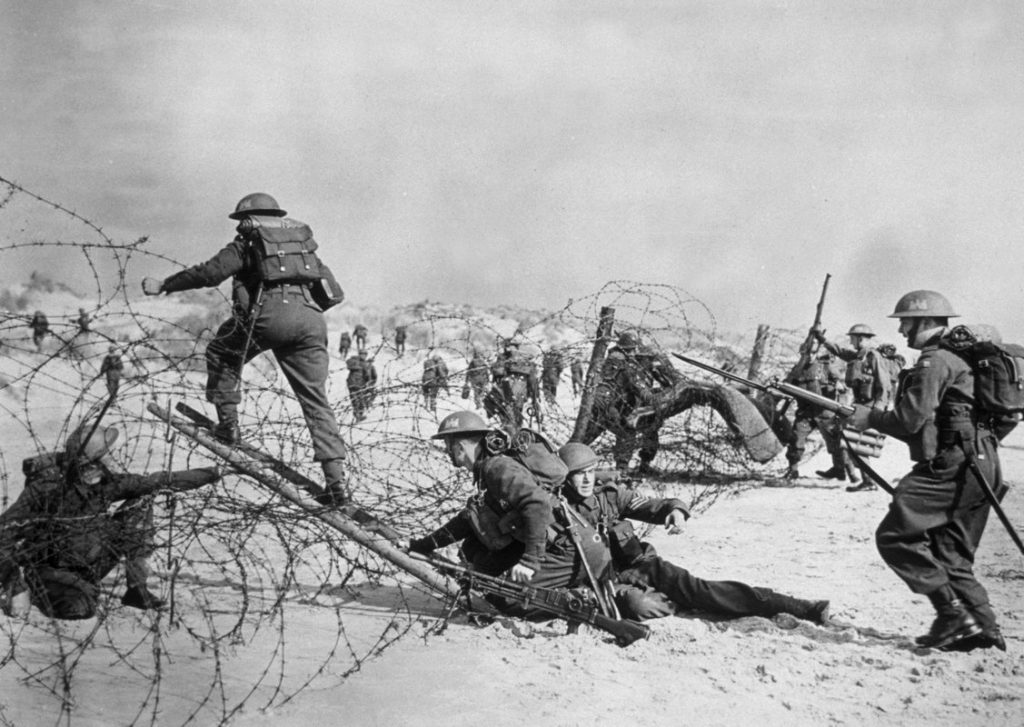 D-Day — the military term for the first day of the Normandy landings — was the largest amphibious invasion ever undertaken and laid the foundations for the Allied defeat of Germany in World War II.

The invasion took place on June 6, 1944, and saw of tens of thousands of troops from the United States, the UK, France, and Canada landing on five stretches of the Normandy coastline — codenamed Utah, Omaha, Gold, Juno, and Sword beaches.

Planning for D-Day began more than a year in advance, and the Allies carried out substantial military deception — codenamed Operation Bodyguard — in order to confuse the Germans as to when and where the invasion would take place.

The operation was originally scheduled to begin on June 5, when a full moon and low tides were expected to coincide with good weather, but storms forced a 24-hour delay. 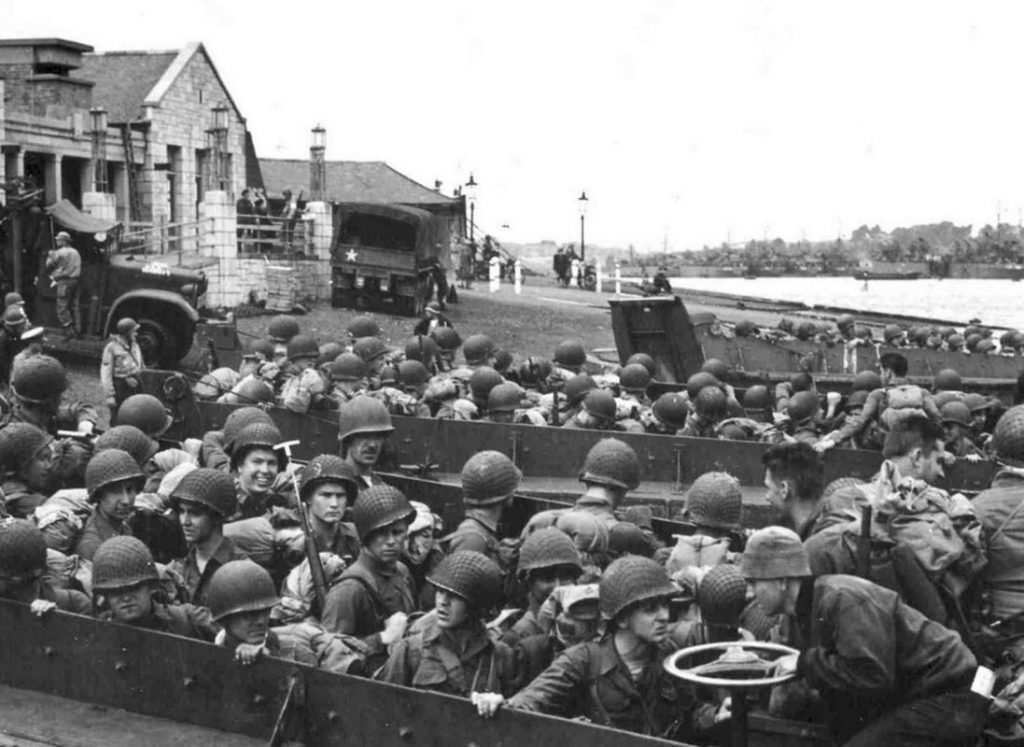 What happened on D-Day?

The amphibious landings — codenamed Operation Overlord — were preceded by an extensive bombing campaign to damage German defenses. Some 24,000 Allied troops were also dropped behind enemy lines shortly after midnight on the day of the invasion.

Deception tactics employed in the months leading up to the attack led the Germans to believe that the initial attacks were merely a diversion and that the true invasion would take place further along the coast.

Allied divisions began landing on the five beaches at 06.30 on June 6.

The US troops were assigned to Utah beach at the base of the Cotentin Peninsular and Omaha beach at the northern end of the Normandy coast. The British subsequently landed on Gold Beach, followed by the Canadians at Juno, and finally the British at Sword, the easternmost point of the invasion.

By midnight on June 6, the troops had secured their beachheads and moved further inland from Utah, Gold, Juno, and Sword.

However, not all the landings were successful; US forces suffered substantial losses at Omaha beach, where strong currents forced many landing craft away from their intended positions, delaying and hampering the invasion strategy.

Heavy fire from German positions on the steep cliffs, which had not been effectively destroyed by Allied bombing prior to the invasion, also caused casualties. 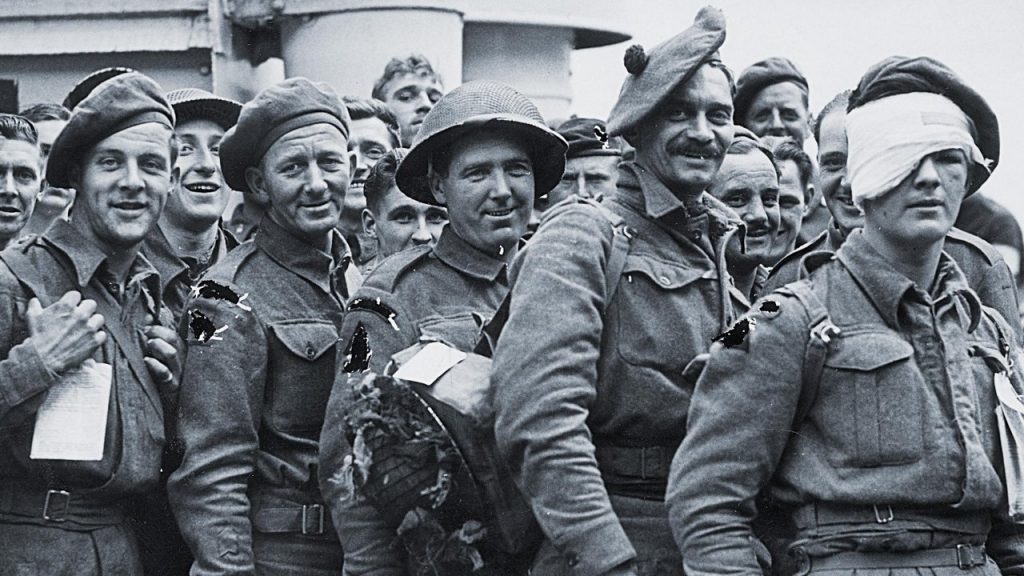 23,000 airborne troops were dropped behind enemy lines prior to the invasion, and 132,000 men landed on the beaches.

The troops were supported by 12,000 Allied aircraft, and 10,000 vehicles were delivered to the five beaches.

On D-Day alone, 4,414 Allied troops were confirmed dead, with more than 9,000 wounded or missing.

The exact numbers of German casualties on the day are not known, but they are estimated to be between 4,000 and 9,000. 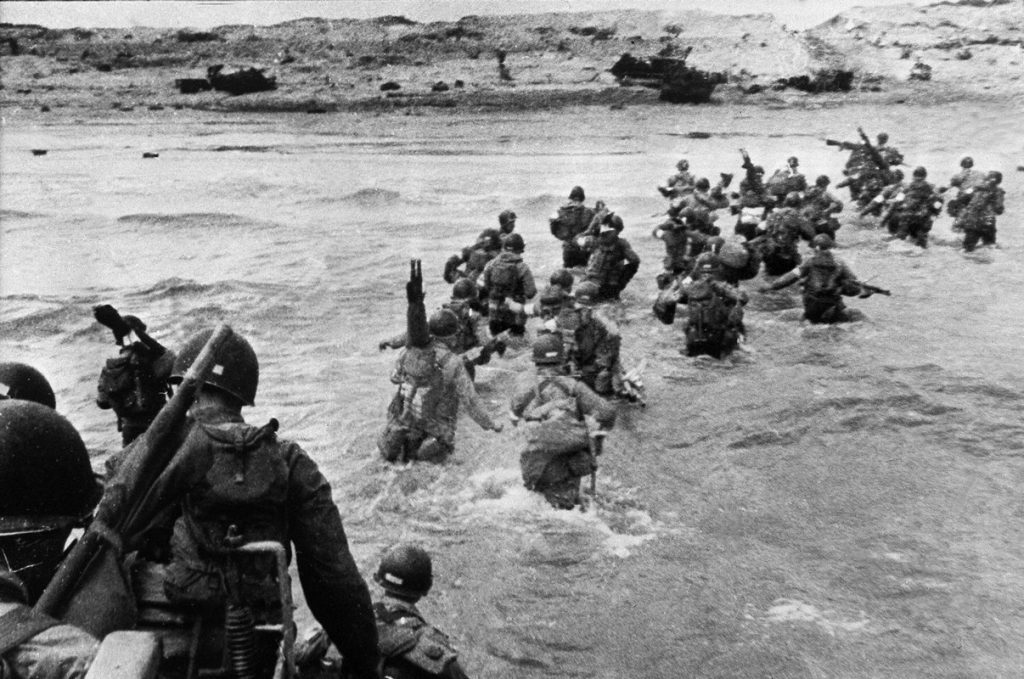 Despite securing a stronghold on the French coast on D-Day, the Allied forces faced the risk that bombardment by the Germans could push them back into the sea.

They needed to build up troop numbers and equipment in Normandy faster than the Germans, allowing for a continued invasion into mainland Europe.

The Allies used their air power to slow the German advance toward Normandy by blowing up bridges, railways, and roads across the region. This allowed the Allies to gain total control of Normandy 77 days later and move on toward Paris, which they liberated in August 1944.