Tens of thousands of Czechs took to the streets on Tuesday, June 4, to demand the resignation of billionaire Prime Minister Andrej Babis over alleged conflicts of interest involving his former business empire and an investigation into a decade-old EU subsidy.

Demonstrators filled the 700-meter-long rectangular Wenceslas Square in central Prague, scene of some of the most politically momentous gatherings in Czech history. Organizers estimated 120,000 people had come out, making it one of the largest demonstrations since the Velvet Revolution that ended Communist rule in 1989.

Protests against Babis have swelled since the end of April just as Czech police concluded investigations into whether he illegally received a two-million-euro EU subsidy for a farm and convention center a decade ago and recommended he face trial. 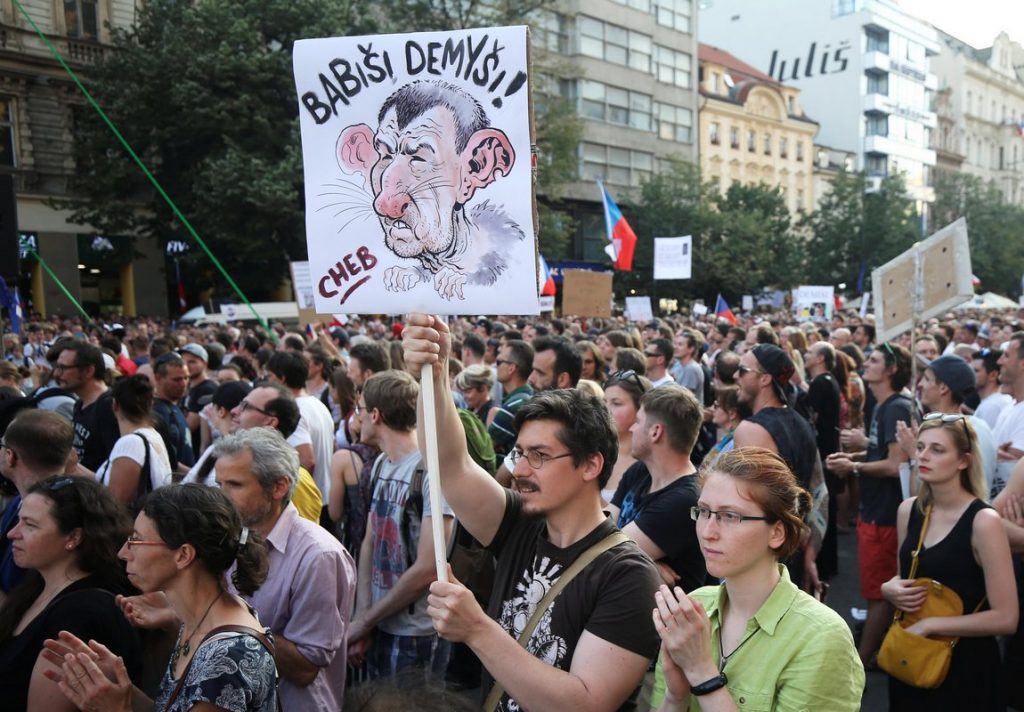 Protesters fear a newly-appointed justice minister could interfere in the case, now in prosecutors’ hands. Babis has denied wrongdoing, calling the case a political maneuver.

The anti-Babis movement received further impetus from a leak of preliminary audit findings by the European Commission, which determined that Agrofert — a business empire built by Babis and spanning chemicals, food processing, farming, and media firms — should not have had any access to EU development funds in recent years because Babis had conflicts of interest.