he New Generation Bloc revealed that the meeting between the parliament presidium and heads of political blocs ended without agreement on setting a session for electing the Iraqi President.

Concerning choosing the next Iraq President, Abdel Wahid  noted, “the House of Representatives is waiting for the political forces to agree since the heads of political parties decide in this regard.”

Iraq’s parliament presidium convened with the heads of the parliamentary blocs to schedule a vote for a new president of the country on Monday.

Last week, the Shiite forces Coordination Framework called on the Iraqi Parliament to call in a session to elect a president.

The Parliament failed to vote for a president on two previous occasions amid heavy wrangling between the Coordination Framework that brings together mainly Iran-backed Shiite forces and Saving the Homeland. This coalition involves the Sadrist movement, the Kurdistan Democratic Party, and the al-Siyada bloc. 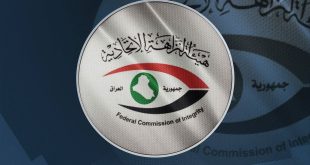 Integrity Commission: Control of exchange transactions in violation of the law and exaggeration at Najaf Airport and Education Directory