The Greek government said on Thursday that some 25,000 migrants had tried to enter the country through its border with Turkey in August, as it announced plans to dramatically extend a wall between the two neighbors.

Athens will extend a 40-kilometer (25-mile) long wall built along the Greek-Turkish border at Evros by another 80 kilometers as part of efforts to control the flow of migrants.

Greek government spokesman Giannis Oikonomou said that the country was facing “increased migratory pressure” both at its land border in Evros and in the Aegean Sea.

“In August alone, with the month not yet over, 25,000 migrants tried to enter illegally through the Greek-Turkish borders,” Oikonomou said at a press briefing.

Greece has already said that there are more arrivals this year than in the previous years.

As well as extending the wall, Oikonomou said the government will install thermal cameras and deploy an additional 250 border guards.

Greece is often the country of choice for people fleeing Africa and the Middle East to try to reach a better life in the European Union.

Thousands come via Turkey over the narrow and perilous sea crossing separating the traditional enemies.

Charity groups have accused Athens of illegally turning back migrants or forcing them over the border to Turkey – something Greece’s conservative government has denied.

And Greece has similarly accused neighboring Turkey of not doing enough to stop people smugglers from sending migrants across the Mediterranean Sea.

Earlier this month, Athens accused Turkey of forcibly pushing a group of stranded migrants onto a small Greek island and leaving behind the body of a five-year-old child who died. 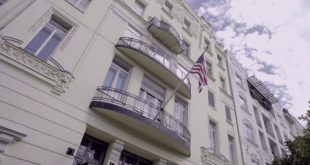