Egypt is attempting to halt the sale of an ancient statue at Christie’s auction house in London over concerns that it may have been stolen.

The 11-inch statue with features reminiscent of the Pharaoh Tutankhamun is set to lead a London auction on July 4, according to Christie’s.

Egypt’s Ministry of Antiquities has appealed to Christie’s and UNESCO to halt the sale, and requested to see documents proving its provenance, according to a statement from the ministry.

Officials from the Egyptian embassy in London asked the UK Foreign Office to return the statue, as well as calling for the sale of other Egyptian artifacts at the planned auction to be halted.

“Once again, we will not be negligent or allow anybody to sell any Egyptian artifact whatsoever,” reads the statement.

However, Christie’s has moved to assuage worries over the ownership of the statue. 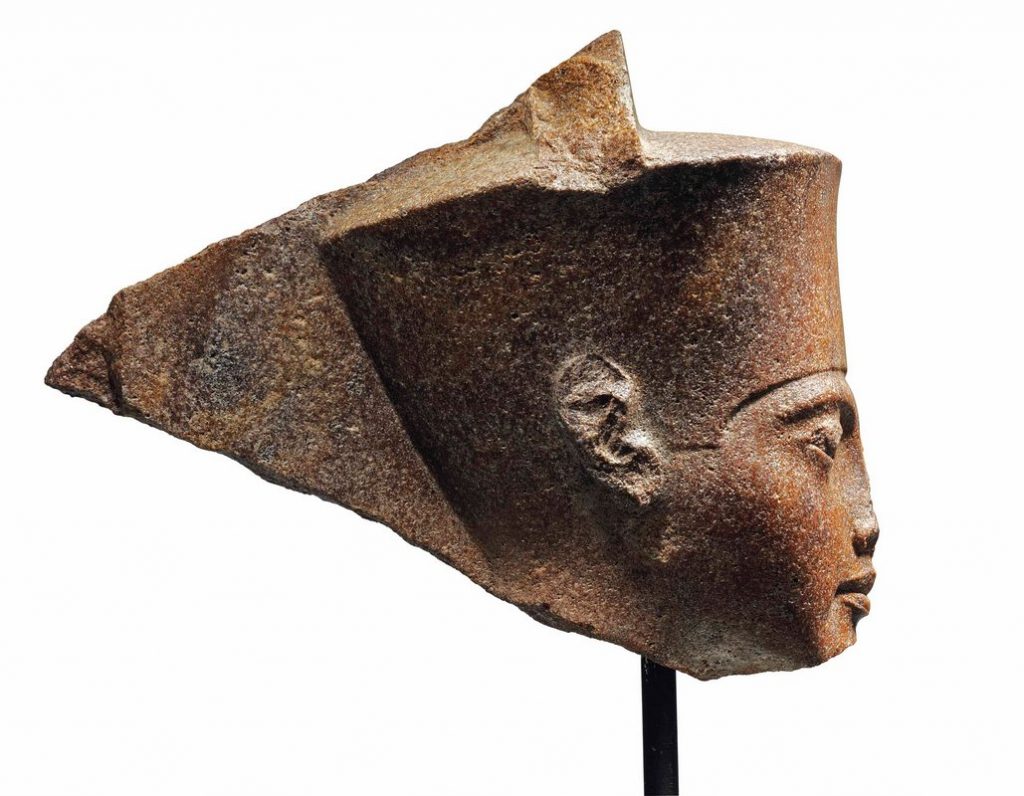 “Ancient objects by their nature cannot be traced over millennia,” the auction house in a statement. “It is hugely important to establish recent ownership and legal right to sell which we have clearly done.”

In a press release on the auction, Christie’s revealed the statue was acquired from Munich-based dealer Heinz Herzer in 1985 and was previously owned by Joseph Messina and Prinz Wilhelm von Thurn und Taxis.

“We would not offer for sale any object where there was concern over ownership or export,” continued the statement. “Christie’s strictly adheres to bilateral treaties and international laws with respect to cultural property and patrimony.”

The statue is currently part of the Alessandro Collection, one of the best known private collections of Egyptian art in the world, and the auction house estimates that the statue will fetch more than £4.0 million ($5.1 million).

“The facial features — the full mouth with slightly drooping lower lips, and almond-shaped, slanted eyes, with a deep depression between the eyes and eyebrows — are those of Tutankhamun,” reads the statement from Christie’s, which adds that the “piece exudes strength and serenity.”

The controversy is the latest stage in Egypt’s ongoing struggle to prevent the sale of stolen artifacts and bring them back to the country.

In January, a section of a tablet that was stolen from the Karnak Open Air Museum in Luxor, Egypt, in 1988, was successfully recovered and returned to Egypt after being listed for auction in London.

The Ministry of Antiquities had been monitoring international auction houses for the artifact and managed to have it removed from sale and returned to Egypt.

Other nations are also attempting to recover stolen objects.

In November 2018, a delegation from Easter Island, a Chilean dependency in the Pacific Ocean, traveled to the British Museum and made an appeal for the return of famous artifacts — including the towering Hoa Hakananai’a statue.

It is one of the most revered of the island’s moai, which are believed to contain the spirits of ancestors, and officials from the museum traveled to the island in early June for further talks.