Chinese tombs yield the earliest evidence of cannabis use.

Researchers have uncovered the earliest known evidence of cannabis use, from tombs in western China.

The study suggests cannabis was being smoked at least 2,500 years ago, and that it may have been associated with ritual or religious activities.

Traces of the drug were identified in wooden burners from the burials.

The cannabis had high levels of the psychoactive compound THC, suggesting people at the time were well aware of its effects.

Cannabis plants have been cultivated in East Asia for their oily seeds and fiber from at least 4,000 BC. 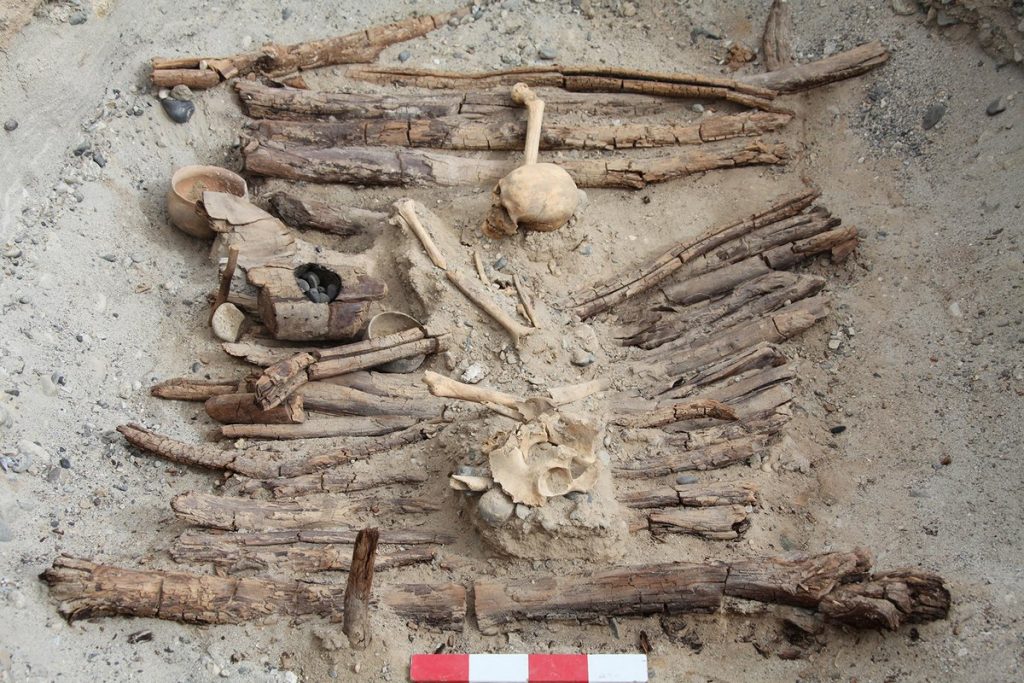 But the early cultivated varieties of cannabis, as well as most wild populations, had low levels of THC and other psychoactive compounds.

The burners, or braziers, were found at Jirzankal Cemetery, high up in the Pamir Mountains.

The international team thinks the people here were deliberately breeding plants with higher levels of THC and burning them as part of funerary rituals.

It’s the earliest clear evidence of cannabis being used for its psychoactive properties.

The scientists used a method called gas chromatography-mass spectrometry to isolate and identify compounds preserved in the burners.

The findings tally with other evidence for the presence of cannabis from burials further north, in the Xinjiang region of China and in the Altai Mountains of Russia.

Nicole Boivin, director at the Max Planck Institute for the Science of Human History in Jena, Germany, said: “The findings support the idea that cannabis plants were first used for their psychoactive compounds in the mountainous regions of eastern Central Asia, thereafter spreading to other regions of the world.”