Hong Kong leader Carrie Lam on Saturday indefinitely delayed a proposed law that would have allowed extraditions to mainland China, in a dramatic retreat after anger over the bill triggered the city’s biggest and most violent street protests in decades. 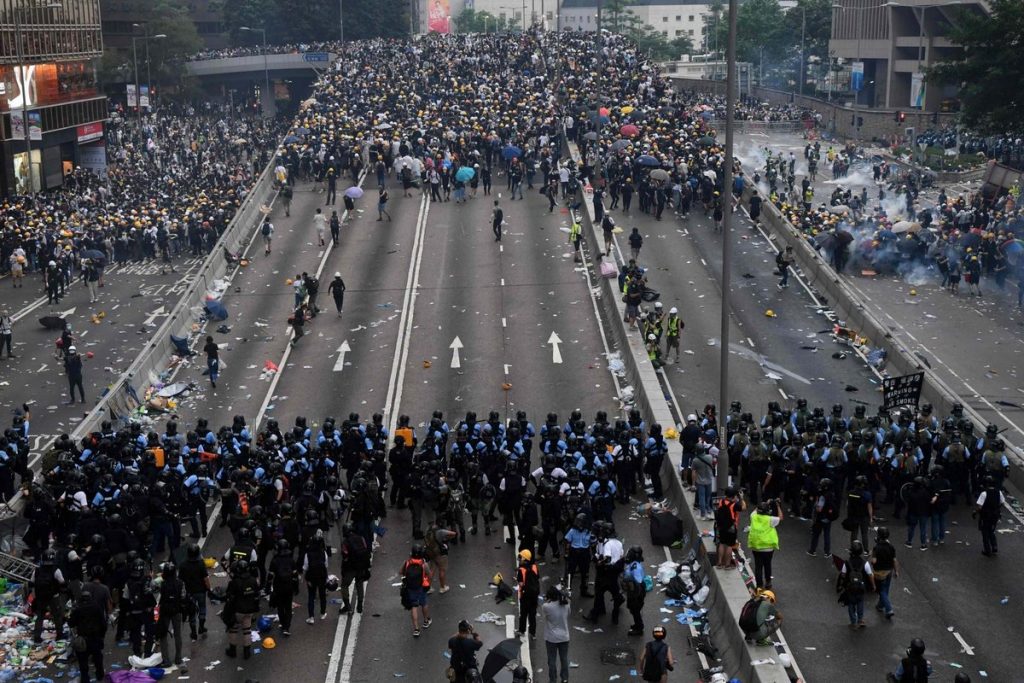 The extradition bill, which would have covered Hong Kong’s seven million residents as well as foreign and Chinese nationals there, was seen by many as a threat to the rule of law in the former British colony.

Around a million people marched through Hong Kong last Sunday to oppose the bill, according to organizers of the protest, the largest in the city since crowds came out against the bloody suppression of pro-democracy demonstrations centered around Beijing’s Tiananmen Square on June 4, 1989.

Demonstrations continued through the week and were met with tear gas, bean bag rounds and rubber bullets from police, plunging the Asian finance hub into turmoil and piling heavy pressure on Lam.

“After repeated internal deliberations over the last two days, I now announce that the government has decided to suspend the legislative amendment exercise, restart our communication with all sectors of society, do more explanation work and listen to different views of society,” Lam told a news conference.

In her first public appearance or comments since Wednesday, she said there was no deadline, effectively suspending the process indefinitely.

Political opponents called for the bill to be scrapped completely. Protest organizers said they would go ahead with another rally on Sunday to demand Lam step down.

The about-face was one of the most significant political turnarounds under public pressure by the Hong Kong government since Britain returned the territory to China in 1997, and it threw into question Lam’s ability to continue to lead the city.

It also potentially alleviated an unwanted headache for the leadership in Beijing, which is grappling with a slowing economy and an all-consuming trade war with the United States.

Asked repeatedly if she would step down, Lam avoided directly answering and appealed to the public to “give us another chance”. She said she had been a civil servant for decades and still had work she wanted to do.

She added that she felt “deep sorrow and regret that the deficiencies in our work and various other factors have stirred up substantial controversies and disputes in society”.

The extradition bill deliberations started in February and Lam had pushed to have it passed by July.

But the protests changed the equation. Cracks began to appear on Friday in the support base for the bill with several pro-Beijing politicians and a senior adviser to Lam saying discussion of the bill should be postponed for the time being. 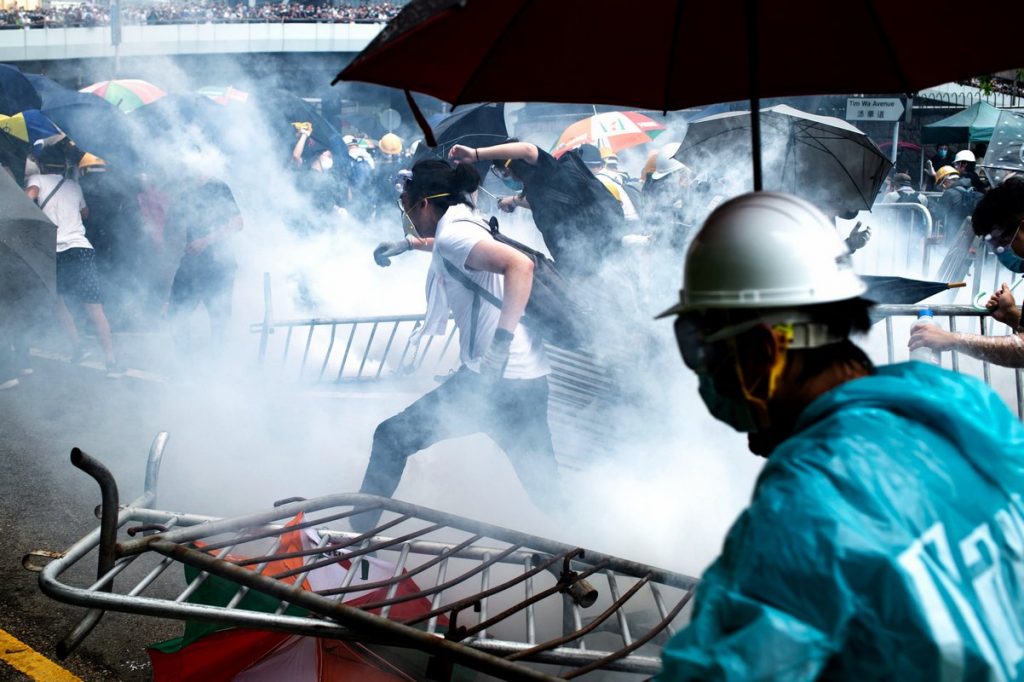 Lam declined to confirm whether or not the meeting had happened, but took ownership for the decision to suspend the bill and said she had support from the central government.

Steve Tsang, a political scientist at SOAS in London, said Beijing had most likely ordered Lam to postpone the bill.

“They would have indicated to Carrie…that this just has to end. She didn’t understand what she was doing,” he said.

“I think Carrie Lam’s days are numbered…Beijing cannot afford to sack her right away, because that would be an indication of weakness.”

The Chinese government office in charge of Hong Kong affairs expressed “support, respect, and understanding” of Lam’s decision to suspend the bill.

In a statement via the state news agency Xinhua, a spokesman said the central government “fully affirmed” the work of Lam and the Hong Kong government and would continue “to firmly support” her. Beijing “strongly condemns” the violence during the protests and supports the Hong Kong police, the statement said.

Pro-democracy politicians, responding to Lam’s announcement, said a suspension was not enough.

“Carrie Lam has lost all credibility among Hong Kong people. She must step down,” said Claudia Mo, a legislator and member of the pan-democratic camp, which has opposed the bill.

A spokesman said the U.S. consulate in Hong Kong welcomed Lam’s decision and urged “great care and taking into account the views of the local and international community should the Hong Kong government pursue any amendments to its extradition laws, particularly as they relate to mainland China”.

Beyond the public outcry, the extradition bill had spooked some of Hong Kong’s tycoons into starting to move their personal wealth offshore, according to financial advisers, bankers, and lawyers familiar with the details.

And senior police officers have said Lam’s refusal to heed public opinion was showing resentment in the force, which was already battered by accusations of police brutality during the 2014 pro-democracy “Umbrella” civil disobedience movement.

Lam had said the extradition law was necessary to prevent criminals using Hong Kong as a place to hide and that human rights would be protected by the city’s court which would decide on the extraditions on a case-by-case basis.

Critics, including leading lawyers and rights groups, note China’s justice system is controlled by the Communist Party, and say it is marked by torture and forced confessions, arbitrary detention and poor access to lawyers.

China says it respects the rule of law.

Hong Kong is governed by China under a “one country, two systems” deal that guarantees its special autonomy, including freedom of assembly, free press, and an independent judiciary.

Many accuse Beijing of extensive meddling since then, including obstruction of democratic reforms, interference with elections and of being behind the disappearance of five Hong Kong-based booksellers, starting in 2015, who specialized in works critical of Chinese leaders.

The Chinese government has denied that it has overreached in Hong Kong.