The rodents — which have swarmed around shops and houses in the artsy west Auckland suburb of Titirangi — have made headlines in New Zealand recently, where local media have described them as “cat-sized” and “brazen.”

Local reporter Don Rowe said he saw 30 to 40 rats within a 20-minute period when he went out to the area last week.

“They were sort of writhing around in the brush and feasting on little bits of grain,” he said. “They’ve never been as brazen or in as high a number. They were crawling over the roots and in and out of trees, just a tide of them … They were not afraid of people at all, not afraid of vehicles.”

Earlier this month, Titirangi Residents and Ratepayers Association posted on their Facebook, saying the rats were “running all over the village in broad daylight.” 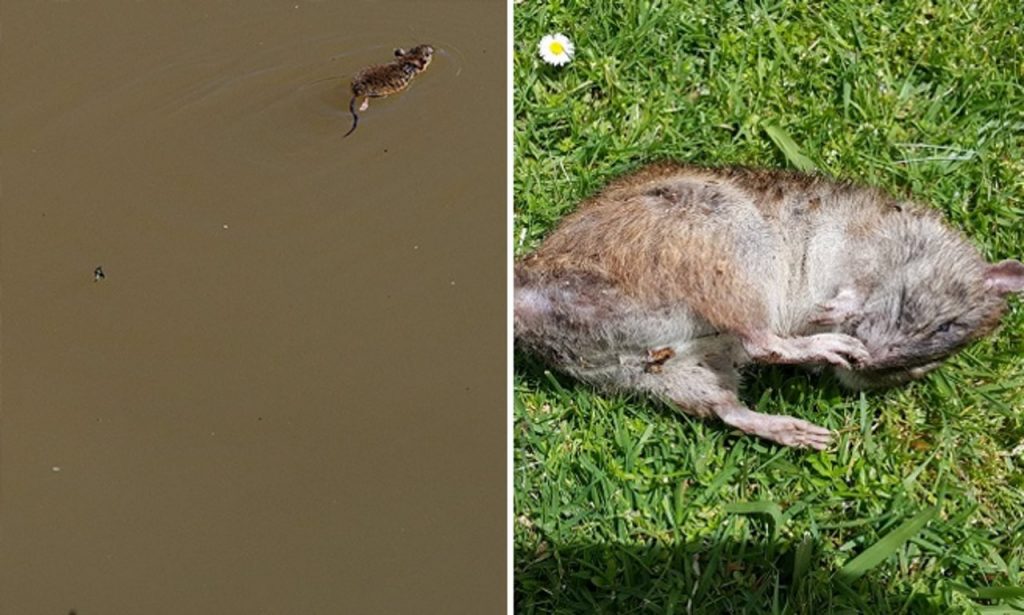 Suburban Titirangi has long been home to a large population of wild chickens, and residents believe that the rats may have been fattening up on chicken feed left for the stray birds, said Greg Presland, the chairperson of the Waitakere Ranges Local Board which administers Titirangi.

Presland said he expected to release a plan in the next couple of days to deal with the chicken and rat populations. “Everyone hates the rats,” he added.

New Zealand’s Department of Conservation said the rats were on private property, not government reserves, meaning it was an issue for Auckland City representatives.

The infestation has also divided the local community. While some residents are concerned about the influx of rodents, others believed the rat plague has been overblown by those hoping to use it as an excuse to get rid of Titirangi’s population of wild chickens — or to justify the use of the pesticide 1080, which has been met with some opposition in New Zealand.

“There’s not much you can do without wiping out anything that’s scurrying around,” Rowe said, referring to how using 1080 would also kill off the chicken population. “They (the rats) breed so fast and there’s so many of them — (the locals are) playing Whac-a-mole with the rats.”

Titirangi is just the tip of the iceberg of a much bigger problem in New Zealand, said Kevin Hackwell, the chief conservation adviser at conservation organization Forest and Bird.

He said the rat influx was due to a so-called mega-mast, the country’s biggest in 40 years. In New Zealand, native plants don’t always seed every year. Every few years, all species of one tree will seed at once — something called a “mega-mast.”

The reason for the huge mega-mast was simple: global warming, Hackwell said. As temperatures have got warmer, the frequency of major masting events has increased, he said.

“Climate change is already having a huge impact on our biodiversity,” he said. “In a mega-mast year, all hell breaks loose for our native wildlife.”