Looted sarcophagus returned to Egypt after being kept in US museum

An ancient sarcophagus was returned to Egypt from a museum in the US after authorities determined it was looted.

The nearly three meters (9.5ft) tall sarcophagus was housed at the Houston Museum of Natural Sciences, Texas until Egyptian authorities sought it back as part of government efforts to stop the trafficking of stolen antiquities. 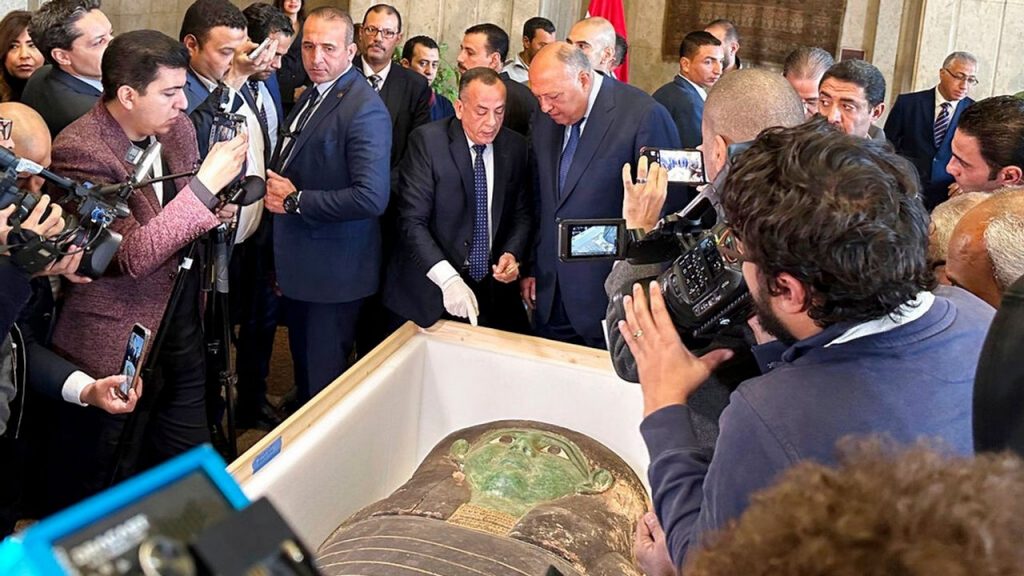 In 2021, Cairo authorities succeeded in getting 5,300 stolen artifacts returned to Egypt from across the world.

The sarcophagus dates back to the Late Dynastic Period of ancient Egypt, according to Mostafa Waziri of the Supreme Council of Antiquities. This era spanned from 664 BC until 332 BC, under Alexander the Great’s campaign.

Though some of the inscriptions have been erased, Mr. Waziri believes the sarcophagus may have belonged to an ancient priest named Ankhenmaat.

On Monday, the artifact was symbolically handed over at a ceremony in Cairo by Daniel Rubinstein, the US charge d’affaires in Egypt, three months after the Manhattan District Attorney’s office determined that it was looted from Abu Sir Necropolis, north of Cairo. 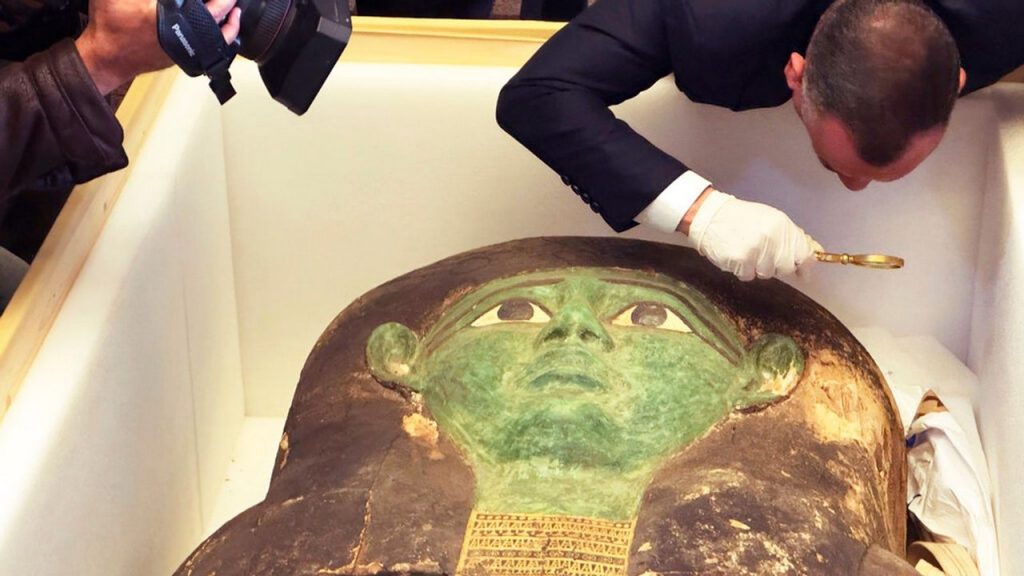 “This stunning coffin was trafficked by a well-organized network that has looted countless antiquities from the region,” Manhattan District Attorney Alvin L Bragg said at the time.

“We are pleased that this object will be returned to Egypt, where it rightfully belongs.”

He added that around the same time in 2008, the criminal network smuggled a gilded coffin that was featured at New York’s Metropolitan Museum after being brought for $4m (£3.3m) from a Parisian art dealer in 2017.

The coffin was returned to Egypt in 2019.