The mayor of the US city of Phoenix has apologized after a video allegedly showing police threatening to shoot a black family went viral.

Officers were responding to an alleged shoplifting incident last month when the video was recorded.

The parents say they did not notice that their four-year-old daughter had taken a doll from a Dollar Store.

In the video, officers can be seen shouting at the family to get out of their vehicle before threatening to shoot them.

A woman, Iesha Harper, can then be seen emerging from the car with two young children. The children are handed to a bystander and Ms. Harper is arrested. 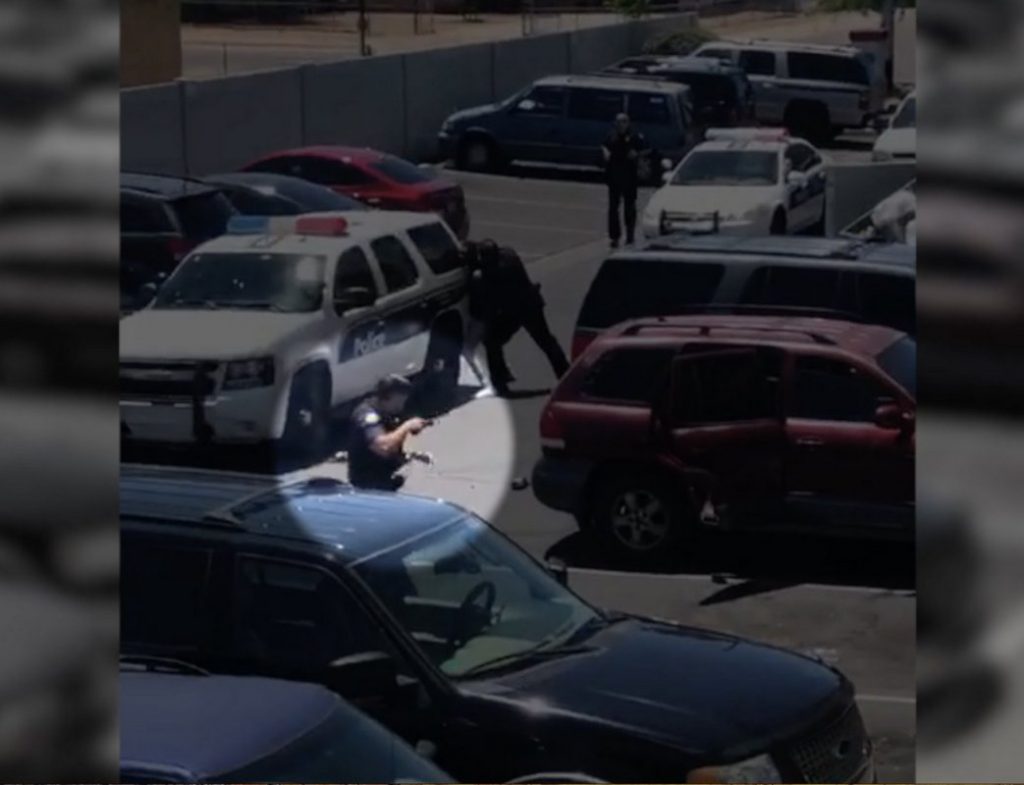 The footage also shows another man, Dravon Ames, being kicked in the legs as he is handcuffed by an officer.

Ms. Gallego said in a statement: “There is no situation in which this behavior is ever close to acceptable. As a mother myself, seeing these children placed in such a terrifying situation is beyond upsetting.

My statement on the May 27th Phoenix Police incident: pic.twitter.com/1mYHQQbhWv

“I am deeply sorry for what this family went through and I apologize to our community.”

She said that the city was speeding up the implementation of body-worn cameras. A community meeting about the incident will also be held on Tuesday.

Ms. Harper, who is pregnant, told CNN: “I really thought he was going to shoot me in front of the kids.”

She said that she gave her two children to a bystander as she “didn’t trust the police”.

Phoenix police chief Jeri Williams said on the local news that she was “sorry this incident happened” and that it was being investigated.

The officers involved have been assigned desk duty while the investigation takes place.