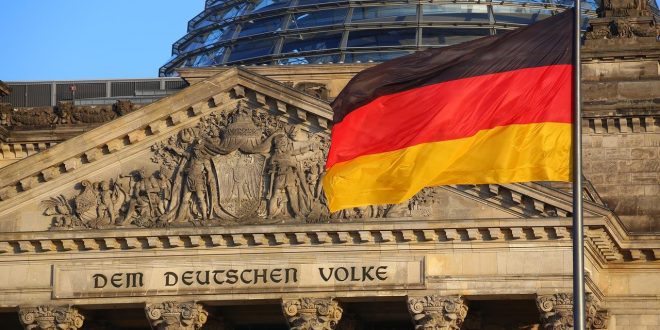 Another coup plot foiled in Germany

German security services have charged five suspects with treason over an alleged plot to overthrow the government. The group, whose members are now all in custody, allegedly planned to cause a “civil war-like” situation and abduct a government minister.

In early December, the German authorities also claimed to have thwarted a separate coup attempt, also by right-wing extremists.

On Monday, the German Federal Prosecutor’s Office released a statement, saying charges were brought on January 16 against five individuals identified as Sven B., Michael H., Thomas K., Thomas O. and Elisabeth R. They are suspected of having “established or participated in a domestic terrorist organization.”

In addition, the suspects were charged with preparing an “act of high treason” against the German federal government.

The authorities claim the group was set up no later than mid-January last year, aiming to trigger “civil war-like conditions” in the country. The suspects’ supposed goal was to topple the German government and the “parliamentary democracy.”

All of the members are believed to be followers of the so-called Reichsbuerger or ‘Citizens of the Reich’ movement, which claims the constitution and government of Germany have no legal basis. The conspiracy theory’s proponents insist that the 1871 constitution is the only valid one.

According to the federal prosecutor’s office, the suspects had planned to create an “authoritarian government system” to replace the current one.

The group is said to have been divided into two branches: military and administrative. According to their alleged plans, cited by the authorities, the plotters would have targeted Germany’s power grid in the hope of plunging the country into a blackout.

Moreover, the suspects had presumably planned to abduct Health Minister Karl Lauterbach, who was in charge of the government’s Covid-19 measures and vaccination efforts, unpopular with right-wingers.

Officials believe the suspects had tried to recruit supporters on Telegram and also sought to procure several tons of explosives from the former Yugoslavia.

One of the ring members was apprehended after he had “ordered and received” two AK47 assault rifles, four Glock pistols, as well as ammunition, the authorities revealed. The arrest took place in April 2022, with another three suspects detained around the same time. The last remaining alleged member was arrested in October. All have been in pre-trial detention ever since.

Health Minister Lauterbach, whom the plotters had apparently planned to kidnap, has posted a tweet, thanking the security services.

This is not the first alleged plot of the kind uncovered by German authorities in recent months.

In early December, police conducted dozens of searches and arrests in connection with suspected coup preparations by ‘Citizens of the Reich.’ Back then, security services, too, claimed that the suspects had been planning to cause a power outage, storm the Bundestag and possibly kill some of the top officials.